Which Of The 9 Types Of Intelligence Is The Secret To Your Personal Success?

As we learn more and more about the way the brain works, we’re coming to understand that traditional methods of measuring intelligence no longer apply — at least not the way they used to.

Sure, we still have our fair share of standardized testing. But our education systems are changing, and changing fast.

Why? Because traditional methods of evaluating intelligence, like the IQ test, simply don’t offer a holistic view of cognitive ability.

The question is: which of the 9 types of intelligence are you strongest in? And could this intelligence be the key to unlocking your potential for success?

What Are The 9 Types Of Intelligence?

A brain is a complex tool and we’re only just beginning to unlock some of its complexities.

And this is where the 9 types of intelligence, or theory of multiple intelligences, first came into play.

In Howard Gardner’s 1983 book, Frames of Mind: The Theory of Multiple Intelligences, he suggests that there are actually 9 types of intelligence.

It’s important to understand which of the 9 types of intelligence you are strongest in. Why? Because knowing this not only helps you better understand yourself but helps you understand the way you learn.

This form of intelligence pertains to the natural world. Those with naturalistic intelligence are able to navigate nature and read the subtle shifts in the flora and fauna around them.

People with naturalistic intelligence enjoy being outdoors and share a connection with both living and nonliving elements in nature.

If you possess musical intelligence, you have a finely tuned ear for all things acoustic. Those with musical intelligence are sensitive to pitch, timbre, tone, and rhythm. They’re able to identify different sounds and instruments with ease, and can often be found listening to or creating music.

If you have the gift of musical intelligence, you would do well as a composer, a sound engineer, a musician, a vocalist, or a music therapist.

Alright, so here’s one we’re all a little more familiar with. Logical-mathematical intelligence is one of the traditional measures of intelligence.

People with logical-mathematical intelligence do well with numbers and figures. They use inductive and deductive reasoning, have a knack for logic puzzles, and are able to conceptualize abstract ideas.

People with this form of intelligence often take on careers as scientists, mathematicians, accountants, analysts, and technicians.

People with existential intelligence have the unique ability to tackle the big questions in life. They’re philosophical, abstract thinkers that possess a genuine curiosity about the meaning of life.

With existential intelligence, you’re unafraid to explore moral dilemmas and conduct philosophical debates. You’re able to guide others to a deeper understanding of what it means to be a human, and what our collective existence is all about.

Those with existential intelligence thrive as motivational speakers, psychologists, teachers, and theologists.

Those with interpersonal intelligence are often highly empathetic. They are interested in others and are adept at reading both verbal and non-verbal cues. They are sensitive to the needs of others and are able to put themselves in the shoes of other people to better understand their words and actions.

If you possess interpersonal intelligence, you would do well as a manager, team leader, psychologist, social worker, teacher, or nurse.

Bodily-kinesthetic intelligence refers to the ability to coordinate both the body and mind as one. People with this form of intelligence are natural born athletes. They excel at a variety of physical activities and enjoy hands-on learning experiences.

If you have this type of intelligence, you have a talent for communicating with your body. You possess a high degree of body awareness and are skilled at manipulating your physical environment.

Here’s another one of the traditional measures of intelligence. Those with linguistic intelligence have a way with words. They are often persuasive speakers and excellent communicators.

Those with linguistic intelligence often possess a rich vocabulary and pick up new languages with ease.

Intrapersonal intelligence is the intelligence of self-awareness. It’s the ability to recognize and interpret your own feelings, motives, and desires.

Knowing what you want and why you want it is a big part of intrapersonal intelligence. And you might be surprised by just how rare this truly is.

Those with intrapersonal intelligence are resilient, strong-willed, introspective, and do well in roles as psychologists, counselors, philosophers, spiritual leaders, and teachers.

Those with visual-spatial intelligence are excellent wayfinders and navigators. They are able to manipulate visual representations of the physical world in their mind’s eye and are often highly gifted at solving puzzles and mazes.

From it, you’ll also learn: 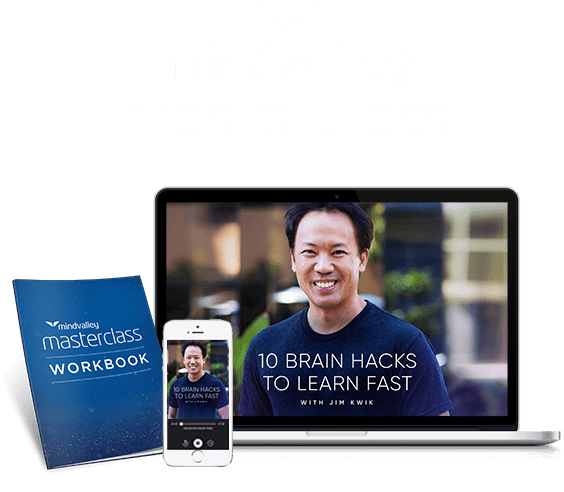 Discover how to activate your Superbrain, in a powerful Masterclass that will transform the way you think, learn, and live.

So, which of the 9 types of intelligence do you possess? Let us know in the comments below!

Shannon Terrell is a writer based in Toronto, Canada. She revels in the thrill of exploration, whether it be new cultures, new landscapes, or new ways to bring on the happy. If she’s not hiking or practicing yoga, she probably has her nose in a book.