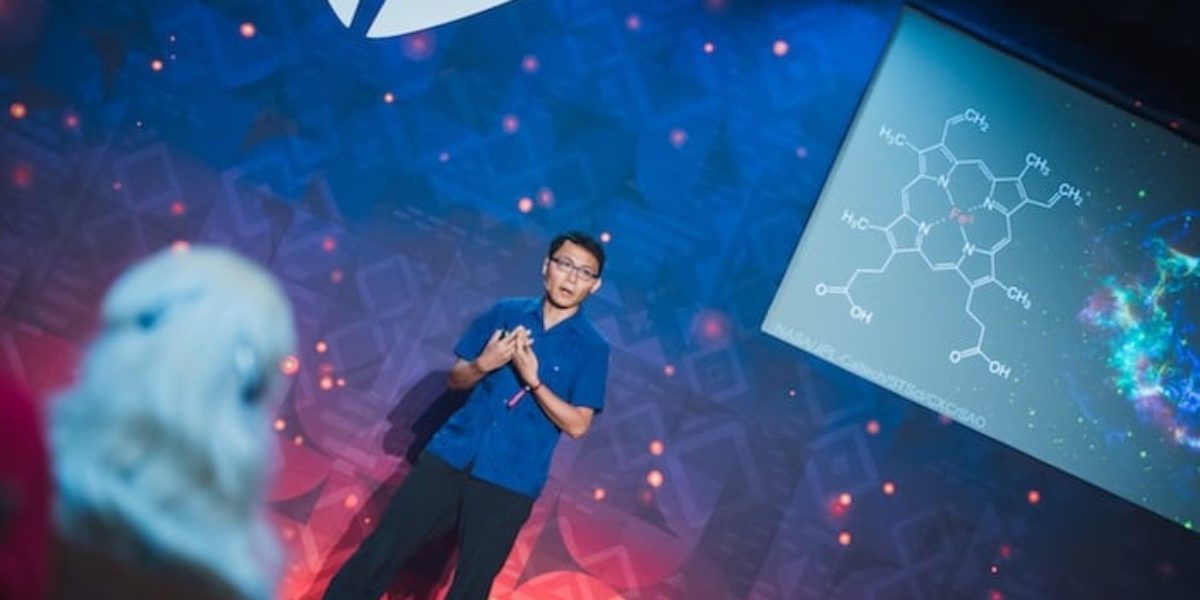 In the past couple of weeks, a very dangerous threat has permeated The United States of America.

The danger is that we’ll remove protections and systems that keep the earth — and us — healthy.

And, because America leads the world, other countries could follow and roll back environmental regulations. This could be devastating for future generations.

Which is why this video above is so important.

The Biggest Concern Of The Century

We wanted to share this talk from the inventor and co-founder of Google X Tom Chi on how linked we are to the environment.

This 30-minute talk from Mindvalley A-Fest Mexico 2016 represents one of the most powerful ideas you can learn: it transcends science, religion, and politics and makes a powerful point.

We are all connected (and it’s not just a mystical saying).

Tom shares the extent of global interconnectedness without the “mysticism, faith, or cloaked language.” He describes in practical and literal terms how we’re linked with these three simple stories:

Tom uses amazing scientific facts and some fascinating pictures to share how we’re all interconnected, from the cellular level to the universal level.

Watching this video will transform how you think of yourself in relation to your family, friends, society, and world. And once we realize how interconnected we all are, we can consciously learn how to create a better world.

And if you like the talk above, we’ve provided a follow-up interview with Tom Chi below that Vishen Lakhiani conducted recently.

Vishen Lakhiani interviewed Tom Chi on how all of us can stand up for the environment and make a true difference as individuals. Vishen and Tom caught up recently while on a walk at the Japanese Gardens in Golden Gate Park, San Francisco.

Vishen: Why did you give this speech?

Tom: This speech was given to create a new bridge between science and spirituality. Science being the way that we come to understand the vast beauty of the natural world (of which we are a part), and spirituality is the discipline of living a meaningful life through our relationship to the human spirit. These have existed across an artificial rift based on how we’ve constructed institutions around them. They are not intrinsically at odds.

Vishen: Tom, you quit your regular jobs and gave yourself the title “Lab Director of the Planet.” On your own dime, you’ve traveled around the world to help connect innovators working on technology that can save the environment. Why did you take that leap?

Tom: I created the role of “Lab Director of the Planet” because we don’t have much time remaining on several key global level environmental issues that will cause irreversible damage within our lifetimes. It’s a role that structures the work I had been doing around finding the most advanced science and engineering work in the world and directing these innovations toward large-scale environmental restoration. Within the next year or so, I’d like to define the role at the level that we can recruit and train hundreds of Lab Directors for the Planet since we have a huge amount of work to get done!

Vishen: What do you think Humanity needs to stand up for?

Tom: Humanity is largely pretty amazing already. We allow moneyed interests and media to reduce our capacity for compassion by putting us against each other. We align behind these concepts and make conceptual enemies when most of us get along with other humans and animals pretty easily. I think we need to understand the degree to which our concepts and labels ask us to rescind our basic ability for human connection and be open to taking action and listening instead of being numbered by our perceived problems and divisions.

Vishen: Just how serious are the current threats to our environment?

What Tom shared was shocking. One of his current projects is to bring together the world’s top scientists to help save the ocean’s coral reef, which is dying at an astonishing rate due to the rise of ocean temperatures. If left unchecked, according to Tom, by 2080, there’ll literally be no coral reefs left in the ocean.

Vishen: What will be the impact of this?

Tom: Well, just consider that 25% of the fish in the ocean live in and around these coral reefs. And that’s not considering the other fish and organisms that rely and interact on these coral-dwelling fish. So the loss in biodiversity will be much, much higher. Losing all the coral reefs in the ocean will be the equivalent of losing the Amazon rain forest.

But the impact of global warming stretches further than just the fish in the ocean.
Global warming may create a bigger refugee crisis than what we’re seeing today
Most people don’t realize this, but over 100 million people live by the rivers. And for many of them, their livelihood depends on these rivers.

You think the refugee crisis is bad now? What people don’t realize is that globally, hundreds of millions of people live by rivers that are fed by glaciers. What happens when these glaciers disappear due to global warming? The result would be a new refugee crisis as hundreds of millions of people have to leave their home and become climate change refugees.

Vishen: What can the Mindvalley Community do to support your work?

Tom: I’m working on a project to plant a billion trees a year using drones.  It’s a powerful idea that can use support.  Here’s a video explaining the idea.

Would you like to support Tom and this project to plant a billion trees?

Tom says “Folks that want to support the project can tweet me at @thegoodtomchi — we are looking for funding to complete the round and pilot projects.”

Do you have a story about how we’re all connected?