How To Define Cerebral: About Your Brain
Performance

How To Define Cerebral: About Your Brain

If you’ve read any of our articles about developing a superbrain, then you’ve probably come across the word Cerebral. In this article, we’ll define cerebral in various contexts and examine some of its most common uses.

Essentially, the word cerebral is an adjective derived from the Latin word cerebrum, which literally means: “brain.” In anatomy, it’s the name of the brain region in charge of thinking related processes.

What Is The Cerebrum Definition?

Before we get into details, let’s first start with the basics and define the cerebral based on Merriam-Webster dictionary,

The Cerebral: A Definition

As for the cerebrum, It’s located in the upper region of the brain above the cerebellum. It accounts for up to 85% of its total volume. Its surface is covered with grooves and ridges that help expand its area to accommodate for new additional neurons.

Although it’s most commonly associated with thinking, this region of the brain is also in charge of a variety of higher cognitive functions like learning, language comprehension, and sensory information.

In addition, the cerebrum is responsible for memory, emotions, and reasoning.

Like your entire brain, the cerebrum is a highly adaptable structure. Its function grows and develops the more you use it. 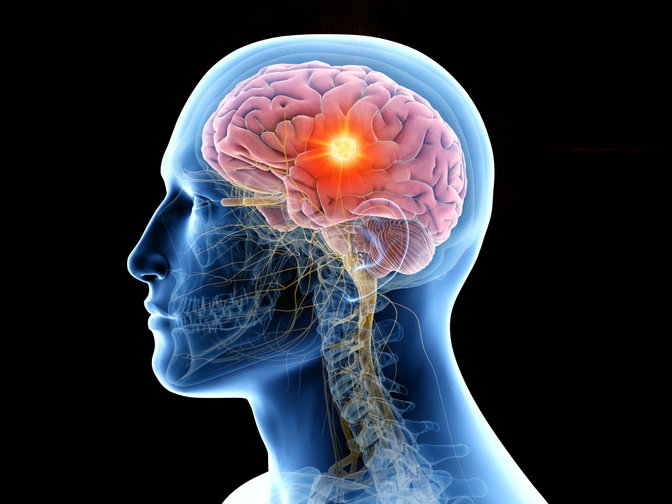 What Does It Mean To Be Cerebral?

Have you ever heard a friend frustratingly referring to someone with the phrase…”Oh god! What a drama queen.”

So apparently, we’ve discovered the exact counter of that, which is what you would call a cerebral person.

In other words, If you are a cerebral person, then you would be someone that tends to value intellectual decision making and tangible facts, over of your emotions. Another way of putting it would be using your brain instead of your heart.

What Does Cerebral Mean In Medical Terminology?

In medical terminology, the term cerebral doesn’t always refer to the cerebrum. Instead, it most often refers to the brain as a whole. Most brain conditions referring to the word ‘cerebral’, usually means that it is affecting a part of the brain.

For example, when doctors talk about cerebral hemorrhage, they are referring to a brain hemorrhage. This is a type of stroke that occurs when a brain artery bursts and causes localized bleeding.

Similarly, a cerebral aneurysm is actually a brain aneurysm, while cerebral edema is brain swelling.

There is also cerebral palsy, a condition that affects voluntary and involuntary movements of certain parts of the body. Particularly common among children, cerebral palsy is the result of brain damage.

Specifically, the damage affects the cerebrum, which is also in charge of some aspects of motor function.

What Is A Cerebral Experience?

For example, if you’ve ever gone home with a sense of nice mental satisfaction after an intellectual conversation with someone, one might call this a ‘cerebral experience’. A cerebral person usually likes to engage in deep intellectual chats just for the sake of stimulating their mind and thinking.

What tickles your brain and gives you a cerebral experience? Share it and let us know in the comment section below.