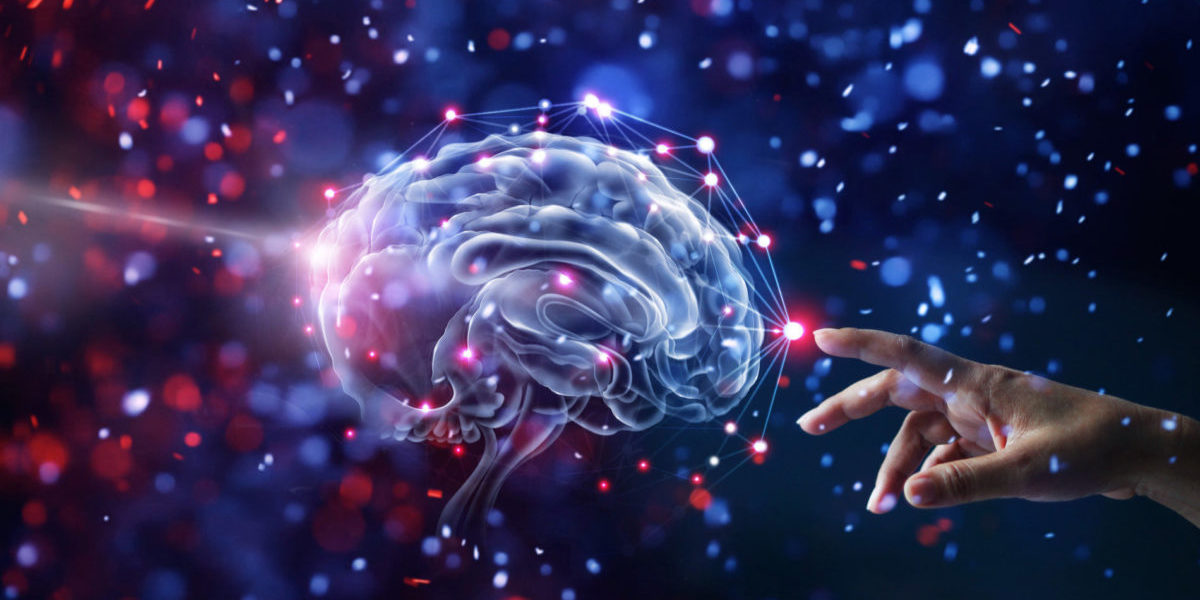 Your brain is the most complex technology anywhere in the world. It’s made up of three major parts: the forebrain, midbrain, and hindbrain. These divisions allow us to simplify and understand the functions of the brain.

We’re going to take a closer look at the forebrain: the powerhouse supercomputer of the brain.

What Is The Function Of The Forebrain?

Each moment, your brain is processing data to make sense of your world. It takes just 2/10s of a second for your brain to react.

As the hindbrain and midbrain take care of our many subconscious functions, it frees the forebrain for higher level processing. In fact, your primary forebrain function is to process perception, memory, and data from the senses. And it’s here that we make sense of everything.

Next, let’s compare the functions of the hindbrain, midbrain, and forebrain, starting from the most primitive to most advanced. 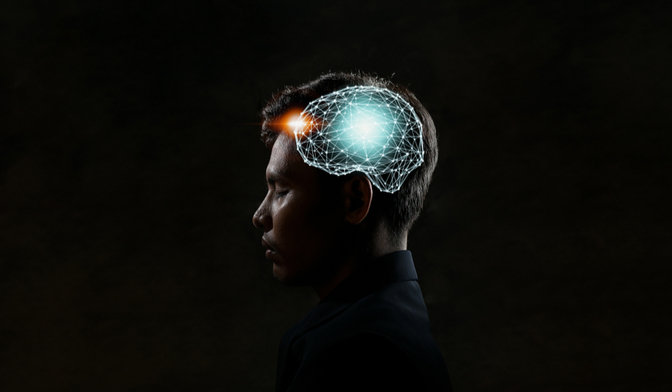 What Is The Function Of The Forebrain, Midbrain, And Hindbrain?

During our lifetimes, our brains change radically. When you were just a baby, your brain grew. First, you had a spinal cord, then a hindbrain. Next, your midbrain formed. Finally, your forebrain developed.

This is the same order the brain formed over millions of years of evolution. Our brains evolved outwards from the spinal cord.

And this actually leaves us clues on the different functions of each of the part of the brain.

So, let’s see what’s going on under the hood:

Getting its name for the Latin word for ‘bridge’, your hindbrain connects the spine to the higher brain.

The hindbrain function is primarily a coordination hub sending and receiving signals between the spine and brain. It helps to handle more basic functions like facial movement, processing sound, maintaining balance, speech, and chewing.

Also located here is the medulla oblongata, which is the control center for the heart and lungs. And it’s responsible for functions such as heart rate, blood pressure, breathing, swallowing and sneezing.

Also known as mesencephalon, your midbrain connects to both the forebrain and hindbrain. Together with the hindbrain, it forms the brainstem.

This is the part of your brain which connects to the spinal cord directly. Thus, the primary midbrain function is to serve as your physical connection between the brain and the rest of your body.

It controls movement and also processes vision and speech. Eye movement is handled here too. And it also plays a role in motor and sensory functions like our body sensations and reflexes.

Sitting on top of the rest of the brain, your forebrain is the largest part of your brain. It takes up 2/3 of your brain and comes in at roughly 1 pound in weight.

It’s also the most advanced part of your brain, handling executive higher functions such as thinking, perceiving and language. It also helps in controlling motor functions and relaying sensory data. 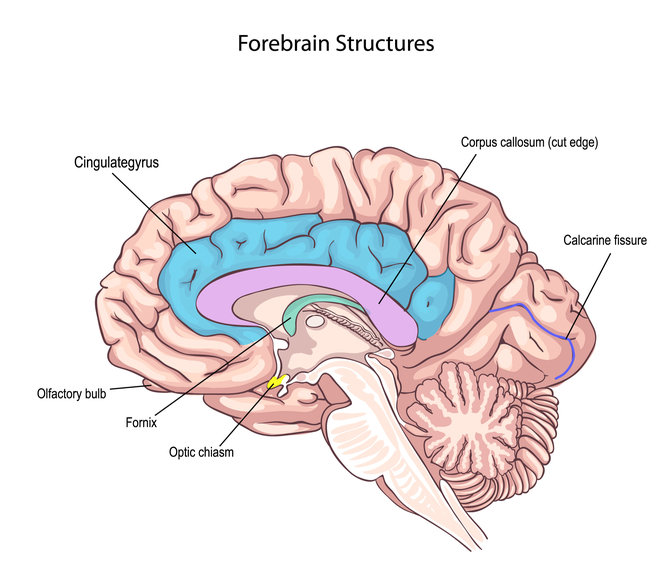 What Is Included In The Forebrain?

Now let’s go further down the rabbit hole and talk about the structure of the most advanced part of your brain. The forebrain sits on and covers much of the brain’s other structures. It has two sections, known as the telencephalon and the diencephalon.

The telencephalon contains the cerebral cortex. You use this each day for a variety of tasks, including controlling motor functions, processing sensory data, and complex actions such as reasoning and problem-solving. And this section can be further divided into four lobes which are responsible for all kinds of functions from sight to decision making to touch.

If your brain has a “CPU” then this would be it. The cerebral cortex is where most data processing occurs. It’s an intricate landscape of grey matter which includes peaks (gyri) and valleys (fissures).

A wonder of evolution, every one of its six layers is different than the last. Each layer has a different configuration of neurons and connections expertly suited to its many functions. It’s also split into four lobes, all with specific tasks.

As the second division of the forebrain, it relays sensory data and communicates with both the endocrine system and the nervous system. Here, autonomic and endocrine functions are performed. The diencephalon also performs sensory and motor functions. Within the diencephalon are:

Thalamus: a network router and sorting station for your brain, sending, receiving and directing data where it needs to go. It receives auditory, somatic, visceral, gustatory and visual data from the lower centers. Then it shoots the information to the relevant departments for further processing.

Here it’s decided which signals what needs conscious awareness and what should be ignored. New data is compared with existing memory and you decide if your map of the world needs updating. Not only that, but it’s also responsible for managing our circadian rhythm.

Hypothalamus: responsible for the fight or flight response, it has the ability to shut down the rest of the brain when put in dangerous physical and emotional situations. It controls behavior through regulating the release of hormones from the pituitary gland.

The pituitary gland hangs from the hypothalamus and is known as the ‘master gland’ of the endocrine system, It’s also the control center for breathing, blood pressure, and body temperature. This area secretes hormones that act upon the pituitary gland to regulate metabolism, reproduction, and growth.

Pineal Gland: known in spiritual circles as the “third eye”. This is known as our perceptual center. It converts nerve signals to hormone signals. Thus, it’s our link between the nervous and endocrine systems. It also produces melatonin, which is essential for your sleep-wake cycle. 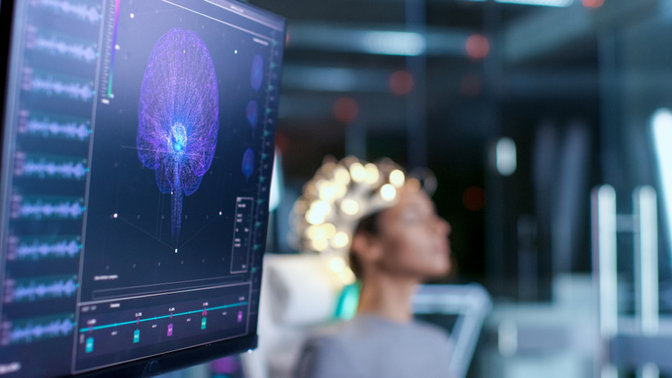 We need to understand how our minds work so we can work out minds better.

What can you do to grow your brain today? Share with us in the comments below!