The 5 Stages of Consciousness Evolution: Where Would You Stand Today?
Mind

The 5 Stages of Consciousness Evolution: Where Would You Stand Today? 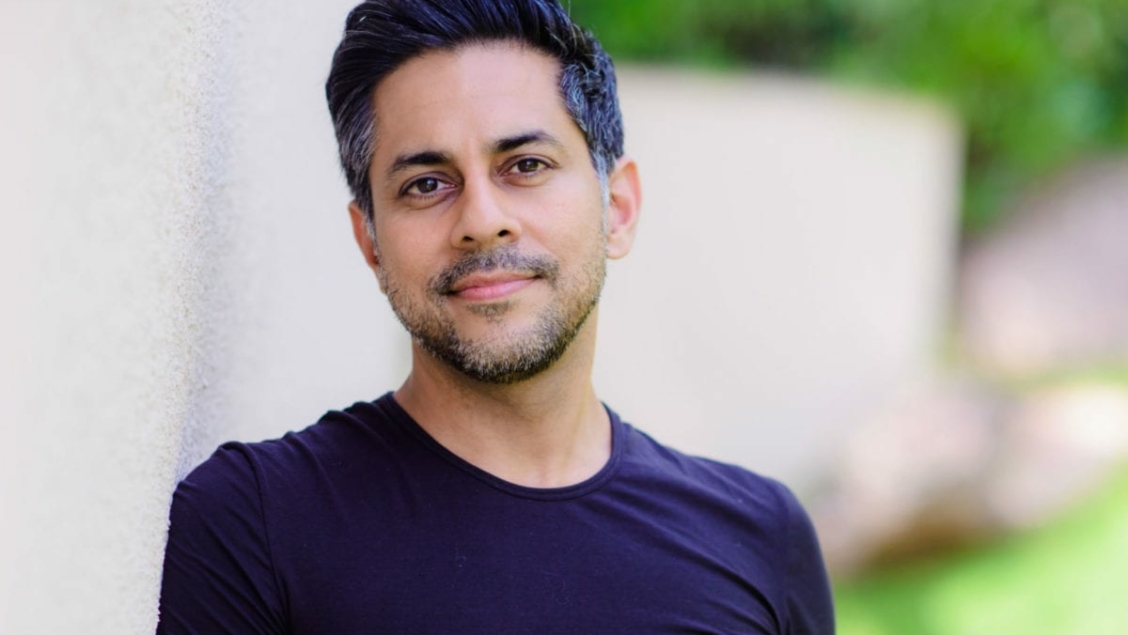 Learn about Vishen’s powerful biohacking-based meditation retreat where he came up with the 5 stages of consciousness evolution.

The Story Behind the Consciousness Hack

When I was a kid, my dad enrolled me in a weekly Tae Kwan Do class. Tae Kwan Do is a form of Korean Karate. And one thing I loved about the experience was that every year we’d strive to perfect our moves so we could pass a grading test and get to the next belt level.

I started out as a white belt, and slowly ascended to yellow, green, blue, brown, and eventually, the much-coveted black belt…

The belts were a beautiful system dating back centuries, that allowed a student to grow to a mastery level in easily attainable stages. It made growth easier and motivated a student far more than just having a vague goal such as “become a master.”

Each belt became a beautiful and reachable goal to hit, and a validation of our hard work and progress as a martial artists.

As I got older and began my adventure in human transformation, I wondered…

Is there such a scale for the “Evolution of Human Consciousness” that makes it easier for all of us to “Level Up”?

Much like martial arts, a scale that shows us what a black belt looks like, and also gives us intermediate stages like blue, yellow, and brown, to pass through on our way to a black belt level of understanding consciousness.

This month, finally, it clicked for me.

The first was a powerful biohacking-based meditation retreat where I spent days in a chamber and had my brain hooked up to machines that allowed me to test the various different techniques that we share on Mindvalley Academy.

All the techniques for intuition, connectedness, compassion, forgiveness, and altering reality suddenly became measurable to some degree. Not just from my personal reflection, but on actual data on what was going on within my brain.

As I drifted in and out of various stages of consciousness I began to notice certain patterns.

Second, through my project Consciousness Engineering.

I’ve been on the phone every week with the world’s greatest spiritual thinkers as well as billionaires, biohackers, and other people performing at the peaks of the human condition.

I’ve learned much from these conversations.

Several of these leaders I spoke to started talking about similar growth and mystical experiences they went through during certain periods of their lives. I noticed more patterns.

For the past few months I’ve been putting together all of this research into a framework, which is in my book The Code of the Extraordinary Mind.

What I want to share with you in this post is a glimpse of this framework because it’s one of the most powerful tools which I’m using in my personal life — to run Mindvalley, and to make sure our customers have an incredible experience.

I call it, The 5 Stages of Consciousness Evolution.

The graph illustrates the stages of consciousness evolution with deeper descriptions below.

The 5 Stages of Consciousness Evolution

We begin at Level 0: Early Man.

We have already moved beyond this stage. Hence the Zero.

We started out as hunter-gatherers as early men. Early man was not that different from an animal, it was simply an intelligent animal. We learned to dress, we learned to hunt, we learned to gather food, and we learned to farm. But one of the things that helped early man evolve into modern man, is language.

While a regular ape could point at a tiger, early man learned to say,

“Hey Bob, don’t go by the river until noon
because I saw a tiger there. You might get eaten.”

But in any event, language allowed us to build the modern world. And this brought us from Level 0 to Level 1.

Humanity today is largely in Level 1. And at Level 1, we live in two different worlds.

Much of the modern world is built on such ideas.

Passion, Career, God, Love, Self-Esteem, 9-to-5 jobs, and millions of other words we use are nothing more than thought-constructs in our heads. Yuval Hariri in his book Sapiens, calls this the Cognitive Revolution.

These things are nothing more than cognitive constructs in the human mind, yet they feel real to us.

You can’t see culture, tradition, or social rules… but for many people, they are as real.

And this is the problem with the cognitive world. It’s a world full of constructs that may long have hit their expiration date. My friend Bill Jensen, author of Future Strong, puts it succinctly:

Even as we enter one of the most disruptive eras in human history,
one of the biggest challenges we face is that today’s systems
and structures still live on, past their expiration dates:

How we organize people in companies;
How we create and manage budgets;
How we train and develop and coach and mentor people; and more.

We are locked into 20th century approaches that are holding back
the next big fundamental shifts in human capacity.

Many of the cognitive concepts that bind us to existing ways of living are based on obsolete models of reality. I coined the term “Brules” to describe these. A Brule is a “Bullshit Rule” that we accept as true.

Ideas such as “success = hard work.”
Or that you need a college degree.
Or that the most productive use of people’s time is a 9-5 hour workweek.
Or that fats are bad and carbs are good.

And so while Level 2 is a step above Level 1, it has a serious flaw.

At Level 1, we create judgments (this is “right” and that is “wrong”) and other belief models which are largely inherited but very rarely picked through rational choice. Human beings imitate for convenience. And so many such obsolete ideas get passed down from generation to generation.

The vast majority of human beings — I would estimate 95% — exist at Level 1.

But there is a Level Higher.

At a certain stage, we start to question the world around us.

At this level, you question the dogma of the cognitive realm and start to make your own rules.

You start to see that you can hack this stuff, and live an extraordinary life by defying convention that doesn’t make sense to you.

This is where my model of Consciousness Engineering comes in.

It’s an elegant framework that gets you from the cognitive plane, to a realithy hacker. To live up to your true potential and become extraordinary in many areas of life.

By questioning conventions about work, love, sex, happiness, religion, and culture, you can make your own rules that empower and serve you. But what happens when you’ve fully stepped outside of society’s rules… and off the path that others are following?

You forge your own path.

And this means you need to find your own mission, your own purpose, and your own vision for your future.

You need to get to the state of “limitless.”

Level 3: The state of limitless

When you get to the state of limitless something feels different.

I noticed that many of the great leaders I brought together for Consciousness Engineering spoke about this.

All had one thing in common:

The idea is that at a certain stage, traditional goals no longer motivate you as much. Instead, you’re obsessed with a mission. And this mission gives you meaning and drives you.

At this level, you’ve hacked your reality, freed yourself from dogma, and taken steps to understand who you really are so that you can begin the next stage of your life. In this state, you’re not driven by a conventional career or even money. Instead, you’re driven by…

Fulfilling Your Mission. But it’s more than just that…

In the state of limitless, you have a clear vision pulling you forward… but you’re happy with where you are right now. You’re tapped into a deep, intuitive sense of what you should be doing in life to really contribute and shake things up.

When you’re in this state, you have a mission, a clear vision, and you embody your purpose so fully that it seems as though the universe itself has your back.

There are 4 profound things I notice that people in this state seem to feel:

1. A sense of connectedness:

When you get to this state, you start to feel a deep sense of connectedness with the world. All life, cultures, nations, and people seem to resonate with you as part of “one family.”

When you get to this state, your Intuition seems incredibly strong. You have gut feelings guiding you. Not occasionally, but on a regular basis. Many people I interviewed at this stage spoke about how when they started to write a book or speak at an interview, words would just “flow” through them. And the words would be extraordinary.

At this state, you don’t get moved by regular goals. Instead, you’re motivated by bigger missions to serve the world.

At this state, you seem to feel lucky. All manner of coincidences, synchronicity, and luck seems to happen to push you forward. You thus tend to be positive, enthusiastic, and optimistic about the world and life in general.

This is the state where the world’s most extraordinary people operate from.

But it’s not just for entrepreneurs, or even people doing things on a global scale.

With the right practices, anyone can get to this state, and be truly fulfilled serving their calling no matter what scale they do it at.

When you live life like this… you start to get glimpses of the God-mind.

The God Mind is a mysterious state that I’ve only ever experienced for brief moments in my life.

It’s a pure merging of consciousness with all-that-is. Words can’t explain it well.

Ken Wilber talks about such a state and says that there is only a handful of people alive today who are able to consistently perform in this state. Most of us experience it through certain specific moments of awakening. I experienced it in the Amazon rainforest with shamans of an indigenous tribe.

But for most of us, these glimpses are momentary and rare. But when we experience them – they leave us changed for the better.

It’s extremely difficult to describe using words… But it’s a feeling of pure connectedness with life and all parts of life. And it’s something that you can get closer to as you ascend through the levels of evolution.