What is Soy Protein And Is It Good For You?
Body

What is Soy Protein And Is It Good For You? 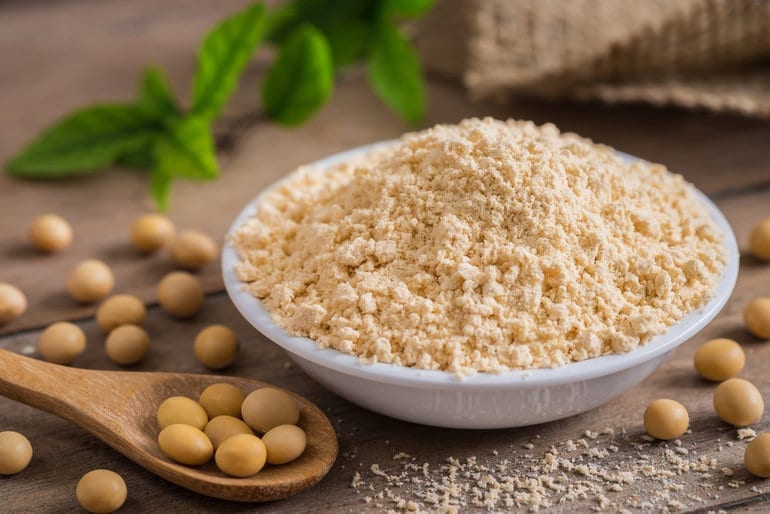 Have you ever wondered what “soy protein” is? Usually, it’s in the ingredient list of your breakfast cereal or energy bar.

So, one unique thing about soy is that it has many health benefits yet there’s a lot of controversy around its drawbacks when overconsumed.

Most people are aware that soy is a lean protein food but they are often confused about whether soy is good or bad. Especially vegans and vegetarians who may rely on this product as the primary source of protein, iron, and zinc.

Here, you’ll clear confusion around soy protein and determine if it’s your ally or enemy.

What Is Soy Protein Isolate?

Soy protein is a protein isolated from soybeans that have been dehulled and defatted. They are then processed into three kinds of high protein products: soy powder, soy concentrate, and soy isolate.

As the name suggests, soy protein isolate is high in protein (at least 90% protein content) and lacks other nutrients, such as fats and carbohydrates. As a result, it contains very little fat and no cholesterol.

Though it is a plant-based food packed with protein, it also contains certain compounds that may show adverse health effects.

Understanding what those compounds are and their effects can help you make wise food decisions for yourself and your loved ones.

We’ll start by debunking the five most frequently asked questions about soy protein.

In layman’s terms, soy protein makes a man more feminine. That’s why most men shun soy and opt for whey protein instead.

Is soy bad for men?

Although soy protein isolate does contain estrogenic properties, soy isoflavones have no effects on productive hormones in men.

The estrogen-like compounds in soy are much weaker than our own estrogen, making them incapable of affecting our health system.

This is a tricky question.

Soy isoflavones do contain phytoestrogens ⁠— an estrogen-like compound found in plants — that may benefit women with hormonal imbalance or before menopause.

How true is this?

Interestingly, our bodies don’t work in a straightforward way.

A study on soy protein concluded that soy isoflavones didn’t have enough estrogenic activity in women.

So the truth is, just because we eat soy protein powder that is loaded with phytoestrogens, it doesn’t mean our bodies will have increased estrogen levels.

This raises the question, “Is soy protein better than whey protein?”

Theoretically speaking, whey is better because it contains a higher concentration of leucine — an amino acid that promotes muscle growth — than soy.

Despite that, studies have proven that soy and whey protein had no significant differences in overall body composition and percentage of muscle mass and strength gained.

The bottom line is, it depends on your dietary preferences.

If you’re lactose-tolerant, you can go for whey.

If you’re a vegan, go for soy isolate.

Phytates and tannins are two anti-nutrient compounds present in soy. Some research suggests that these compounds tend to interfere with the absorption of other nutrients in the body.

You might ask, “What type of nutrients does it interfere with?”

Phytates are known to interfere and inhibit the absorption of heme iron and tannins interfere with non-heme iron.

Despite that, it’s not something you need to worry about.

As long as you are consuming soy less than 3-5 servings per day, several times a week, you’ll be fine. One study showed that consuming around 19g of soy protein for 10 weeks had no significant effect on iron or zinc levels.

Question 5: Most Soy Are Genetically Modified. Are They Safe?

You should be eating things the way they were meant to taste.

You’ve probably heard of soy being a genetically modified organism (GMO), and you’re not sure if they’re safe to eat.

This is because soybeans have been genetically modified to withstand repeated treatment of herbicide and glyphosate.

“But why are there GMO soybeans in the first place?“

It’s because when growing soybeans, farmers spray tons of herbicides to kill weeds and other plants. Hence why farmers opt to choose to grow these genetically modified soybeans as they are not affected during the spraying process.

Not to mention, the livestock you consume are also fed to plants that have been scientifically tinkered with. So the meat, eggs, and dairy products will naturally contain GMOs.

In conclusion, it’s not really the GMO part you should worry about, it’s other chemicals and herbicides that these plants and livestock are exposed to.

Nevertheless, the soy protein isolates you found in the market are safe to eat because most likely they’ve passed the GM safety assessment.

However, in the WildFit community, we’re not big fans of GMOs. Because we believe things should be eaten the way they were meant to taste.

Is Soy Protein Good Or Bad?

The bottom line is, soy protein is your ally when consumed sparingly. It becomes your enemy when you overeat it.

Use it as short-term supplements to meet your protein targets or boost your muscle recovery.

If you’re on a weight loss journey, we recommend you to eat nutritious whole foods and follow the human diet first, before turning to supplements.

Do you have any unanswered questions about soy protein? Ask away in the comment section below!