The Instinct Definition: What It Is & the Science Behind It
Soul

The Instinct Definition: What It Is & the Science Behind It 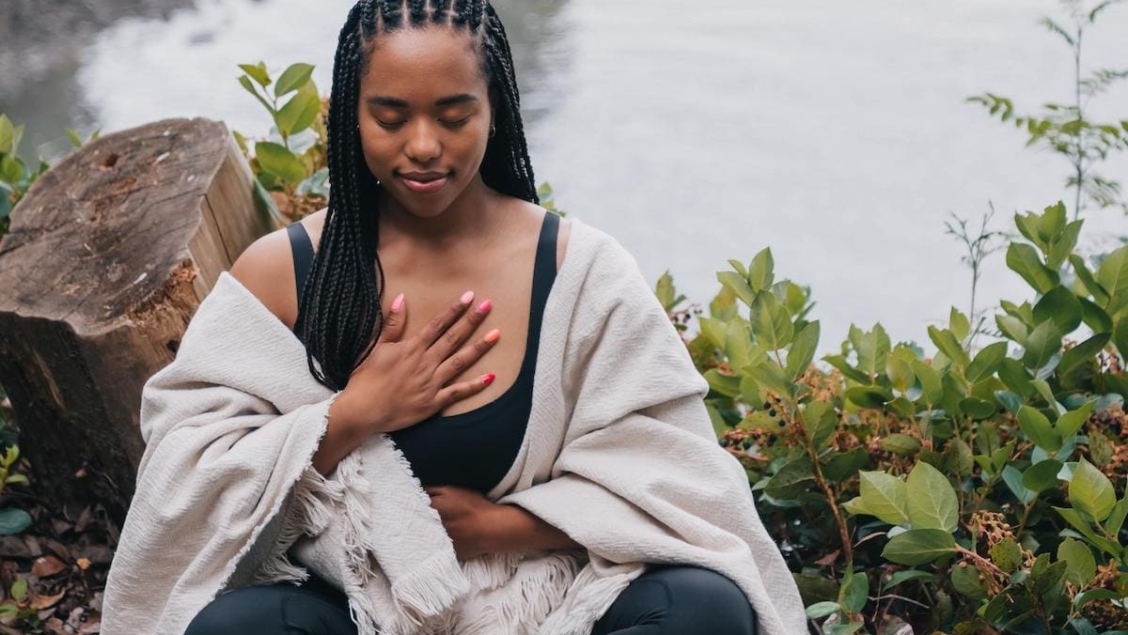 We all are guided by our natural instinct. But how much do we really know about it? Discover the true instinct definition and the science behind it.

“Follow your instinct,” they say. But “they” never explained what it means, let alone how to follow it.

So here’s the instinct definition, as per Merriam-Webster:

A natural or inherent aptitude, impulse, or capacity.

You may have a pretty good idea of what instincts are based on your life experiences (e.g., survival, sexual, or parental instincts). However, there’s more to it than meets the eye.

Here’s a mini guide on what the instinct definition encompasses:

It’s your instinct that led you here. Why? Chances are, it’s so you can better understand the limitless power of your inner guidance.

The Instinct Definition: What Is It?

A natural, reflexive impulse — that’s the instinct definition in a nutshell. It’s when you react to something in your immediate environment without involving reason.

Also known as fixed action patterns, it’s a spidey sense of sorts and helps increase the chances of survival. And not only are humans hardwired with instincts, but every species (and superheroes, apparently) is, too.

In psychology terms, the instinct definition is relatively the same, albeit more technical. The American Psychological Association describes it as:

But that’s just scratching the surface.

What is the basis of instinct?

Instinct has quite the history, long debated by psychologists on how to classify it. One example of the debate on the classification of instinct, according to a paper by clinical psychologist Dr. Diane M. Rogers, is “a simple dichotomy between instinct and reason, with animals endowed with instinct for survival but only humans with the ability to rely on reason.”

She goes on to explain that, for a while, Darwin’s theory that instincts could be adjusted and a common trait for humans and animals became accepted. However, the concept fell out of favor when all behaviors were then attributed to learning or conditioning.

Now, instinct is recognized as a behavior that is:

Look at it as an internal spirit guiding you safely along your life path. And as the saying goes, never doubt your instincts.

Instinct, intuition, and reflex: what are the differences?

Based on the instinct definition given by Merriam-Webster, it sounds like instinct and reflex are the same things. Moreover, “instinct” is often used interchangeably with “intuition.”

So what are the differences? Here’s a compare-and-contrast:

There is a subtle distinction between instinct and reflex.

What’s interesting is that reflexes can be instinctive behaviors or learned behaviors.

Human babies, for example, are born with a number of instinctive reflexes (75 to be exact). And mouthing reflexes — rooting to help find a mother’s nipple, suckling to help drink milk, gagging to avoid choking, to name a few — in babies are some of the most essential for survival:

However, babies are not born with flinching or bracing reflexes. They learn these behaviors when they experience a fall or collision.

While most people believe instinct and intuition to be completely synonymous, there is an important difference between the two.

Our survival intuition is the basis of our instinct. For example, our intuition signals “Stranger danger!” if we’re in a risky situation, and our instincts tell us to get the heck out of there.

Although there’s that slight distinction between the two, they do share some similarities:

As author Agatha Christie says, “Instinct is a marvelous thing.” Much like its operator, the brain.

Where Does Instinct Come From?

The brain is responsible for a number of things, one of them being our instincts. And it seems the driver of instinct is the brainstem — a part of the hindbrain that controls several subconscious body functions, like breathing and heart rate.

But the impulse doesn’t happen — snap — just like that. There’s a process that takes it from sensation to instinct.

Here’s a summary of the intuitive process, according to a preliminary study published in the Journal of Cognitive Neuroscience:

Keep in mind, though, that the research is ongoing. Scientists are learning more and more about how intuition and instincts are linked to the brain.

Fun fact: instinctive behaviors are mostly the same within species — the instincts you were born with are nearly identical to every other Homo sapien.

Let’s take some frequently asked questions on the types of instincts there are.

What are human instincts?

There are countless examples of human instincts. For instance, some people have an innate fear of snakes. Another is the urge to procreate. And the tendency to gather around a fire. The list goes on and on.

But there are three biological drives:

From the time of our ancestors, these behaviors were so vital for survival that they were imprinted into our biology through genes.

What are primal instincts?

Any instinct that helps us survive and thrive can be considered a primal instinct. It’s been in place for thousands of years and is used for basic survival.

It’s very much the same as the aforementioned human instincts. The fight-or-flight mode, for example, is an example of a primal instinct that tends to surface in situations of extreme danger.

Our older, more primitive brain takes over and we rely on our primal instincts to navigate the danger.

What is your gut instinct?

Ever heard of the saying “trust your gut”? Your “gut instinct” is another way to say your “intuition.” And that, as you may know, is the ability to understand something without logical or conscious reasoning.

“[Intuition] is your heartbeat,” says Sonia Choquette, trainer of Mindvalley’s Sixth Sense Superpower Quest. “It is your life force. And it is your power.”

Being intuitive allows you to move past your superego and be better attuned to your authentic self. And when that happens, your fear subsides, you’re more creative, you’re able to have different viewpoints, and you become a more magnetic person.

How to Use Your Instinct

The lesson learned here is that the “gut feeling” is innate, and its strength can be developed with practice. The choice to hone in on it is up to you.

If you do choose to strengthen your intuition, what better way than to learn from the self-proclaimed Queen of Intuition herself, Sonia Choquette? Here are three of Sonia’s tips on how to use your instinct from Mindvalley University 2019 in Pula, Croatia.

Take a deep breath and “haaa…”

“It brings you home,” says Sonia, referring to the heart. It’s a beautiful analogy as the heart is the first organ we develop. So heart equals home.

It’s a place where you have power, where it’s quiet, and where you feel the most grounded. It’s like, as Sonia puts it, “instant meditation.”

So breathe. As you do so, you clear your mind, enabling you to give space to listen to your soul.

One way to get out of a place you no longer want to be in is to move. And Sonia’s a great big fan of dancing.

Not the conventional type, like ballet or salsa — no, no. Instead, it’s one where you do three things:

It’ll help you let go of your inhibitions and, according to Sonia, “puts you in the perfect conditions to create because you are available to be guided.”

As you practice this more and more, your intuition becomes more potent and trustworthy and helps you get better connected to your higher self.

This is a really important step toward getting in tune with your intuitive self: name your intuition. And there’s a great reason for this.

You see, the world we live in now invalidates the existence of intuition, chalking it up to “malarkey” or “woo woo.” So when you’re around people who aren’t as in tune with their intuition as you are with yours, it could cause some social discomfort.

Think of it this way: imagine you’re out with a group of friends, and they want to hit the club. You immediately feel “something” — a vibe, a hunch, a feeling… And whatever excuse you give your friends, they’ll probably peer pressure you into caving in.

So how are you going to explain this “‘something”?

“We need simple words to connect and communicate that,” explains Sonia.

So find a word or phrase to use when explaining that you’re getting a direct hit from your inner guidance system. It could be “my vibe,” “my gut,” “I’m a weirdo,” “diarrhea,” or even “Larry.”

“If you can’t name it, you’re not validating it,” Sonia points out.

Your instincts led you here — what a wonderful concept, isn’t it? To be guided by your inner voice towards the path of authenticity you were born to be on.

How you want to proceed after this is entirely up to you.

But if you’d like to learn more, Sonia’s here to guide you. In her Sixth Sense Superpower Quest on Mindvalley, you’ll…

There’s a beautiful, intuition-driven life waiting for you. And with it, you’ll be able to navigate every moment with clarity and confidence, knowing your inner voice is always moving you in the right direction.

Unleash your intuitive intelligence: and embrace a life of boundless clarity, courage, and inspiration

Join Sonia Choquette, the world’s premier intuition teacher, as she guides you to harness and trust your inner voice in your work and personal life.Join the program 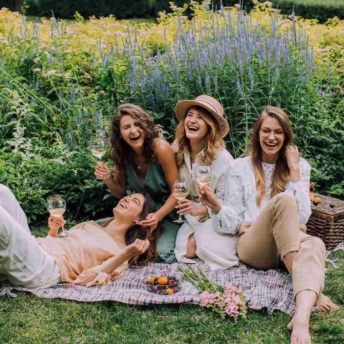 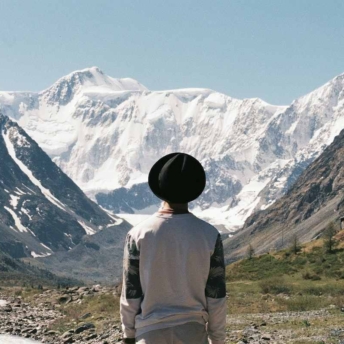 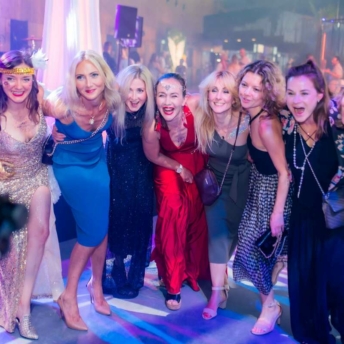 How to Overcome Perfectionism: 5 Pro Tips by Mindvalley Trainers 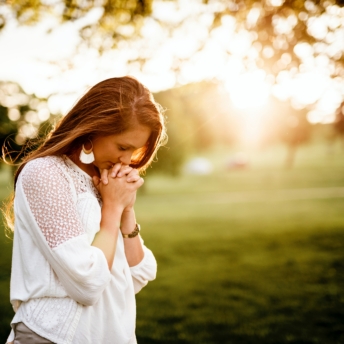 What Are Guardian Angels & How to Connect With Them