Experience This Free Masterclass by Mindvalley

What Is The True Intuitive Meaning?
Mind

What Is The True Intuitive Meaning?

The urge. The tingle. The tiny voice in your head. These are all ways your intuition is talking to you.

Being intuitive means having the ability to know or understand something instinctively and instantly without any rational process.

Thankfully, science is unveiling great discoveries about the true intuitive meaning and how it connects your unconscious mind with the conscious present. 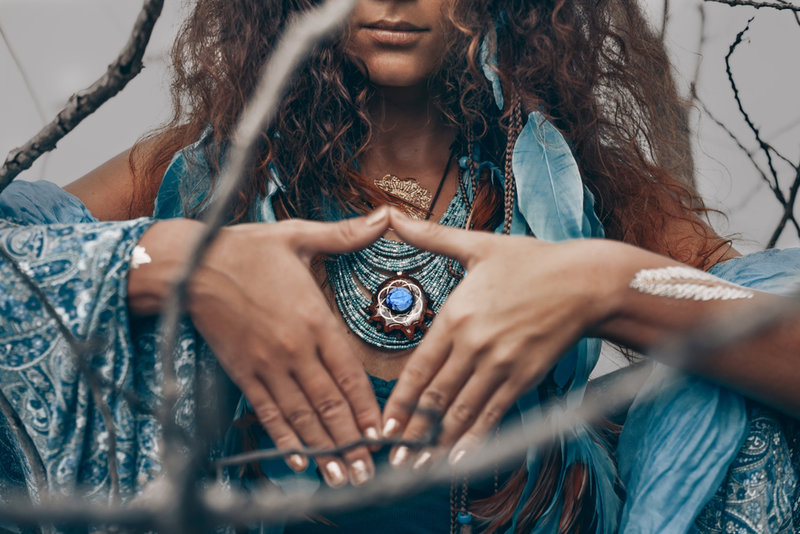 What Does It Mean To Be Intuitive?

Psychics are the most notable intuitive people. Parents, too, can be very intuitive when it comes to their children. Even you can be intuitive, like when a stranger gives you a weird vibe or when you unexpectedly say the right thing to someone in need.

If you are an intuitive person, you are able to know or understand something without any reasoning process. Something within you just knows instantly. This feeling of knowing often comes in the form of intense, unexplained emotion.

As an intuitive person, you will share many of the following life characteristics with other intuitive people:

What does intuitive empath mean?

An empath is someone who is extremely sensitive to the energy around them and oftentimes, can unconsciously receive information that others can’t.

So, if you link the concept of an “empath” with “intuition,” you’ll have someone who is super in tune with their intuitive abilities.

1. On sending messages via the mind

An academic division at the University of Edinburgh did a study on whether or not people have the ability to ‘send’ messages with just their minds.

The participants were divided into two separate groups — the ‘senders’ and the ‘receivers’ — and then, separated into two different rooms.

The ‘receivers’ listened to white noise, wore eye shields, and were bathed in red light. This was so the ‘senders’ couldn’t transmit any sensory information.

The ‘senders’ were shown a specific video and instructed to send the images of the video to the ‘receivers’ using only their minds.

Next, four different videos were shown to the ‘receivers,’ who had to choose which of the videos they believed the ‘senders’ watched.

Now, generally, the expected ‘hit’ rate would be a 25%. However, that’s not what happened.

Vishen Lakhiani, Founder of Mindvalley shared this information at a talk and explained:

“Now, you may be thinking that 7% isn’t like a big deal. But when you put this into a real-world context, 7% can be incredibly significant.

2.  On predicting the future

Another study conducted on intuitive meaning had their participants try to predict whether a random image shown on a computer was behind ‘curtain #1’ or ‘curtain #2.’

The researchers measured subtle physiological responses, such as the opening of sweat glands on the participants’ palms.

The participants struggled to consciously decide which ‘curtain’ the image was behind. Remarkably, their bodies intuitively knew the correct answer 2-3 seconds before the randomizing system on the computer decided which curtain to use.

Although the participants weren’t always consciously aware of the intuition and precognition of their physiology, their sweaty palms were correct nearly 100% of the time.

The HeartMath Institute performed a very similar study to this, measuring the heart waves of participants with the same results. It seems that our physiology is able to, in some mysterious way, predict the future.

3. On making the best decision — immediately

One more study about intuition set out to validate the “gut feeling” you get when making big life decisions.

Some car buyers took plenty of time to analyze all of the information about numerous car choices. They were satisfied with their purchase decision only 25% of the time.

The other car buyers followed their gut feelings and made quick, intuitive decisions. They were satisfied with their purchase 60% of the time.

What is an intuitive approach?

Simply put, an intuitive approach is when someone makes a decision based on their gut feeling instead of consciously analyzing situations and mulling over facts.

The third example above is a perfect example of an “intuitive approach,” which is also known as “intuitive decision making.”

Gary Klein, author of The Power of Intuition suggests that roughly 90% of our critical decisions are actually made using intuition.

What are your thoughts on the true intuitive meaning? How have you experienced intuition?

For Anyone Searching for the ‘Next Level’ of Self-Mastery...

Do you feel you’re not growing or evolving to your fullest potential?

Is there a particular dream or goal you can’t seem to achieve, despite your best efforts?

Does life leave you feeling like something’s still missing?

Too many people spend their entire lives never truly crossing the gap between where they are and where they want to be.

And so we start believing that only certain people have a mystical power to shape the world according to their thoughts and create opportunities seemingly out of thin air.

But as you’re about to discover, anyone is capable of ascending to this elusive level of self-mastery.

Join Vishen Lakhiani for a FREE 70-minute Masterclass to 'Upgrade Your Self-Identity' making success your default mindset so you can live the life you always wanted to live.