What Was Einstein’s IQ and Has Anyone Ever Beaten It?
Performance

What Was Einstein’s IQ and Has Anyone Ever Beaten It?

Sure, Einstein’s IQ was pretty impressive. But has anyone ever beaten it? Who has really stolen the trophy for the highest IQ score in the world?

What is IQ? Does it really define intelligence? Many intelligence tests rank people with scores of 145 and above in the 99th percentile of the population. There’s no shortage of comparison of those in this percentile with one of the most famous scientists of all time, Albert Einstein. So, curious minds want to know, what was Einstein’s IQ?

Who Was Albert Einstein?

Albert Einstein was well known for two things: his incredibly high IQ and his amazing contributions to the world of science.

Fascinated with women and physics with equal zeal, Einstein was a man who went on to acquire a legendary status in the history books.

Einstein’s obsession with physics and his quest for understanding the very nature of the universe drove him to extreme lengths in his studies. His mind was incredibly powerful.

So, what was Einstein’s IQ? We’ll get to that in a minute. Because first, we want to explore what IQ actually means and what IQ tests measure.

What Is the IQ of a Genius?

Many people equate IQ points with intelligence, but they’re simply not the same thing. So, what is intelligence? Well, we could define intelligence as the brain’s ability to gather and apply different forms of knowledge.

Intelligence tests, such as the “Cattell III B” and “Stanford-Binet” can measure intelligence, but it’s important to note that they are only capable of measuring a few forms of intelligence. In fact, some scholars suggest that we actually possess nine different types of intelligence.

These tests dictate that the maximum attainable IQ is about 170. But there are also individuals with higher IQ levels of 200 and above.

Today, having an IQ between 90-110 is regarded as average intelligence, and a majority of the world is encompassed in this category. But anything above 145 IQ points is considered genius-level intellect.

And if we push even higher? Well, this is the realm of IQ levels of geniuses like Stephen Hawking and Albert Einstein.

What Was Einstein’s IQ?

Well, no one has a sure-shot answer to this question. Einstein never took an IQ test in his lifetime.

Without any definitive answer, we can still estimate his probable IQ score. Einstein was a genius, no doubt about it, so where does that put Einstein’s IQ?

Because he never took any kind of test to measure his intelligence, the definite score is still a mystery. But without a doubt, he was a brilliant man with an incredible brain!

What Is the Highest Possible IQ?

The highest possible attainable IQ on paper hovers between the 160-170 range. But there have been people with a supposed IQ above 200.

Who on earth would have an IQ above 200? Well, if we trace back through the history books, the names of a number of individuals come to our mind.

Marilyn vos Savant, an American author, and lecturer is said to hold the record-breaking IQ of 228 points, recorded by the Guinness Book of World Records.

The question is: is there anyone alive today that can break that record?

Who Has the Highest IQ in the World Today?

The highest IQ recorded today belongs to Australian-born Chinese American, Terrence Tao, with an IQ of 230.

Terrence lives up to his staggering IQ results. He acquired his Ph.D. at the age of 20 and went on to become the youngest professor at UCLA by the time he turned 24.

But IQ isn’t the be-all-end-all when it comes to measuring intelligence. And IQ is definitely not the only indication of future success.

All our lives we’ve been sold the lie that our intelligance, our potential, learning, memory is somehow fixed, like a shoe size.

But this simply isn’t true.

The true path to success lies in challenging your mind. The more experiences you have, the more you learn. And according to Jim Kwik, learning is your true superpower. 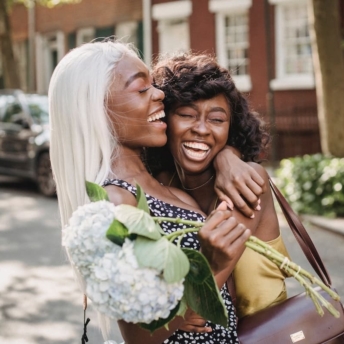