What Is ESP? Exploring 6 Types Of Extrasensory Perception
Mind

What Is ESP? Exploring 6 Types Of Extrasensory Perception

In one way or another, it’s likely that you’ve heard of the term “sixth sense.” Whether through the spooky 90s thriller with Bruce Willis, the psychic at your local county fair, or your new-agey aunt.

Although this topic is highly debated in the scientific community, it is oftentimes referred to as “ESP” or extrasensory perception.

What is ESP? Extrasensory literally means “outside the senses” — the 5 senses of sight, touch, hearing, smell, and taste.

ESP is the ability to receive and process information independent of our five senses. Hence, why this phenomenon is often coined a “sixth” sense.

Some sciences say that this information is received through the mind, alone. Yet, other sciences argue that it’s perhaps not the mind that transmits this extrasensory perception, but perhaps the gut, the heart, or something even more mysterious.

Whatever this extrasensory perception is, it seems to not be bound to limits of time and space. And, it seems to take on several different shapes and forms — from manipulating physical objects, to knowing the thoughts of others, to seeing into the future.

In this article, we will dive deeper into each of these 6 different types of ESP.

However, if you are interested in learning more about these extrasensory powers and how to hone them, check out our all-inclusive guide on intuition. 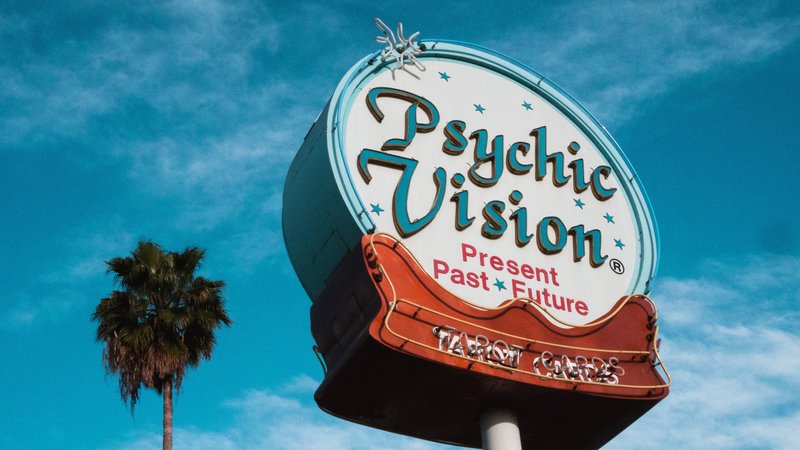 Have you ever become so close to someone that it seems like you can tell what they are thinking? Or, have you ever repetitively said the same exact sentences at the same time as another person?

Although you may not be a full-on telepath, if you’ve experienced this strange phenomenon, then you have a good idea of what telepathy is.

Telepathy is the ability to know another person’s thoughts.

A telepath is able to communicate with another person by using only their mind — no other sensory input.

Out of all the different types of extrasensory perception, telepathy is the most researched and the most popular.

Precognition is the ability to see into the future.

Generally, people who possess the gift of precognition can perceive information about events, people, locations, and scenarios before they actually occur.

Retrocognition is the opposite of precognition — it’s the ability to see into the past; oftentimes, the distant past. People with this type of extrasensory perception can recognize people, places, and events of the past that they had nothing to do with.

Many people associate this type of ESP with the strange phenomenon of déjà vu.

Retrocognitive people can often describe, in strikingly accurate detail, what specific events in the past were like. And, although science is still wary about the topic, people with these abilities are sometimes used in investigative cases.

Like the word “precognition,” retrocognition comes from two Latin words:

Undoubtedly, you are familiar with this type of ESP from some of your favorite superhero movies.

If you are imagining a superhero tightening up their face and moving their arms around dramatically to violently gravitate objects toward their villain, you are spot on about psychokinesis… Well, sort of.

Psychokinesis, or telekinesis, is the ability of one’s mind to have a direct effect on another object without the use of any physical energy.

The word “telekinesis” translates similarly to mean “distant movement.” Many people use these two words interchangeably.

Clairvoyance refers to the ability to see information about an object, person, scenario, location, or event in the past, present, or future, using only extrasensory means.

This type of extrasensory perception is generally strongest during practiced meditation, but can also happen unintentionally.

The term “clairvoyant” is comprised of two French words:

As well, there are other variations of this type of ESP, each focuses on a different sense:

Mediumship is a form of extrasensory perception that gives most people the “heebie jeebies.”

Essentially, it’s the ability to communicate with the dead by channeling their spirits.

This ability is utilized in a number of different ways (depending on the intentions of the person) and combines several different types of ESP, like clairvoyance and clairaudience.

Join the foremost expert in memory improvement and brain performance, in a Free Masterclass that will dive into the one skill you will ever need: Learning how to Learn.Reserve My Free Spot Now