The temporal lobe is your brain’s fear factory. What else does it do? What happens if it’s damaged? Can you live without it? Here are your answers.

The temporal lobe is one of the four lobes of the mammalian brain. It is located on the sides of your cerebral cortex, below the parietal lobe.

Its name is derived from its location being very close to the temples of your head and is responsible for some crucial processes of the human brain.

In this article, you’ll learn about what the temporal lobe’s main function is, what would happen if it was damaged, and whether or not you can live without it.

What Is the Temporal Lobe Definition?

Before we explore the functionality of the temporal lobe, let’s first define precisely what it is.

The temporal lobe is one of the four lobes of the brain. It’s located just behind the frontal lobe and beneath the parietal lobe.

This lobe gets its name from the Latin tempus, meaning time. This lends a hint as to how it is associated with estimating.

What Is the Main Function of the Temporal Lobe?

The primary auditory cortex is located in the temporal lobe. It receives audio stimuli directly from the ear and sends them further for in-depth processing.

It’s is also responsible for differentiating various types of sounds, which enables us to appreciate music. For example, two different instruments that play the same musical note don’t sound the same to you— you can thank your wonderful lobe for that.

Other parts of the temporal lobe and their functions

Plays an important role in allowing us to understand speech and sounds.

Uniquely shaped, the hippocamp has the head and body of a horse and the backside of a dolphin. It is responsible for memory processing.

Small and almond-shaped. It is related to emotion, fear, and manages the fight-or-flight reflex.

What Would Happen if the Temporal Lobe Was Damaged?

Since it has a variety of functions that play a major role in sensing and behavior, damage to the temporal lobe can be quite serious. The area of the lobe that’s damaged determines the resulting symptoms.

The reason why Alzheimer’s disease causes memory loss is due to its effects on the hippocampus, part of the temporal lobe.

Other symptoms from damage can also cause:

Fact: Damage to a specific part of the left temporal lobe can result in savant syndrome. It is a condition in which an individual demonstrates unusual abilities in a specific niche or subject area. This can include dealing with numbers, playing an instrument, heightened attention, or memory.

What Are the Symptoms of the Temporal Lobe Damage?

The main symptoms of temporal lobe damage are related to visual and spatial memory, recognizing and categorizing words, hallucinations, and personality changes.

Individuals with damage to that area of the brain may have difficulty recalling faces or objects. Spatial memory loss can prove very problematic in situations where orientation is crucial, for example, while driving or walking.

Long-term memory impairment can cause “holes” in the person’s perception of him/herself causing them to behave strangely. In some cases, patients may forget things about themselves and become confused or aggressive.

Can You Live Without a Temporal Lobe?

Theoretically speaking, you can live without your temporal lobe, but it will in most cases cause a disruption in your daily life.

There is a type of surgery called a lobectomy, in which a part of a person’s temporal lobe is removed. However, this should not be the first go-to solution, and usually isn’t.

Doctors and patients opt for a lobectomy only when epileptic seizures are so severe that they are a big danger to the patient’s life.

Recovery from this form of surgery is challenging for both the patient and the patient’s family. A person without part of their temporal lobe may suddenly stop recognizing their family, or display any of the other symptoms mentioned above.

Thankfully, lobectomy surgeries are rare. Why? Because the brain has the capacity to heal itself.

Through neurogenesis and neuroplasticity, we can grow older but we can actually grow better. We can grow new brain cells and new connections and do things that are extraordinary.

Why Do They Say Fear Lies Deep Within Your Mind?

Another interesting fact is about the more well-known structure, the amygdala, located within the depths of the anterior-inferior temporal lobe.

According to an interview with Dr. Rahul Jandial, a neurosurgeon and scientist at City of Hope Cancer Center in Los Angeles, California, stated that you can surgically remove one part of your temporal lobe as part of a brain surgery called selective amygdalohippocampectomy.

Now that is a mouth full!

In fact, a study conducted on animals that had their amygdala removed showed that they live normal lives except for one notable new development: They don’t feel fear. Hence why it’s referred to as the fear factor of the brain. 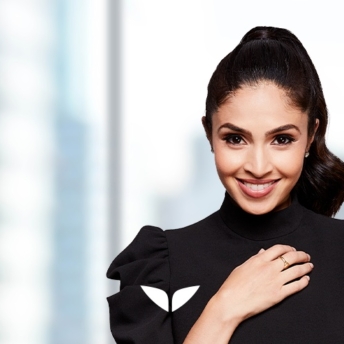 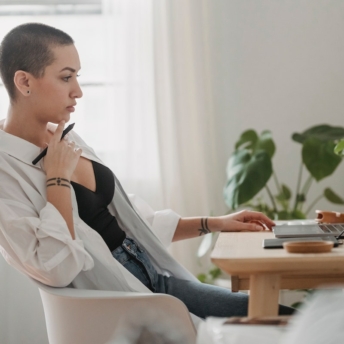