What Is the Diencephalon and Why Is It Important?
Body

What Is the Diencephalon and Why Is It Important? 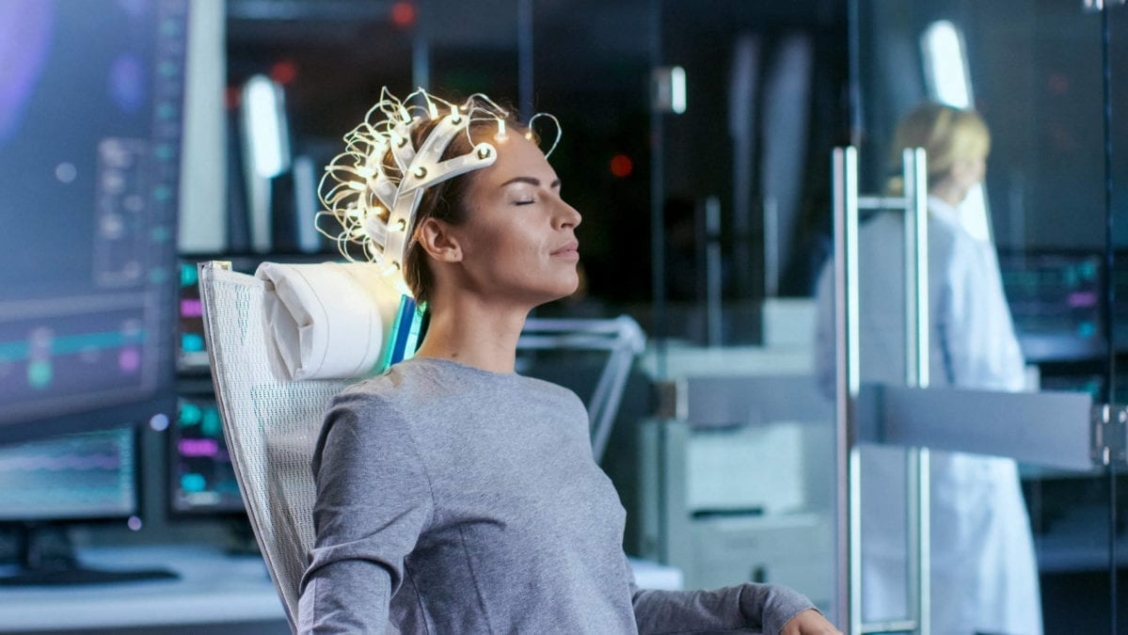 The diencephalon is the smallest of the four main brain regions. Discover the important role it plays in your superbrain.

Hunger, thirst, sleep, heartbeat, childbirth – as random as these bodily functions may seem, they all have one thing in common. Namely, they are all partially controlled by the diencephalon.

At just 2.2 inches in length, the diencephalon is a rather small region of the brain, especially compared to other brain regions like the cerebrum and the cerebellum. Still, it is just as important and is responsible for many vital processes in the central nervous system.

In this article, we will examine the structure, location, and main functions of the diencephalon.

What Is the Diencephalon Definition?

The diencephalon is a region of the brain located between the brain stem and the cerebrum.

Its name means “between-brain” in Greek, which perfectly describes its position at the very center of the brain. Not only that, but the name also describes its role in relaying information to other brain regions.

Structurally, the diencephalon is divided into four main sections. They are the thalamus, subthalamus, hypothalamus, and epithalamus. Each of these four sections has its own distinct functions in the brain.

Where is the diencephalon?

The diencephalon is located above the brain stem and below the cerebrum. Because of its size and location, this brain region is almost impossible to see while looking at the brain. As a matter of fact, only the lower portion of the hypothalamus can be seen without taking a cross-section of the brain.

Looking at the diencephalon, the hypothalamus sits at the bottom of this region. Moving up, there is the epithalamus followed by the subthalamus and the thalamus. The latter is the largest of the four sections.

What Is the Diencephalon Responsible For?

As already mentioned, the diencephalon is responsible for a number of functions in the brain.

For one, this part of the brain relays sensory information to all other brain regions. By doing so, it plays a crucial part in all sensory processes – vision, smell, taste, hearing, as well as touch perception.

The diencephalon also regulates motor functions and sleep cycles. In tandem with the brain stem and the pons, it plays an instrumental role in the sleep process, which is essential to brain longevity.

Sleep is one of the best life hacks there is.

Furthermore, the diencephalon is in charge of releasing hormones and maintaining homeostasis. As such, it also acts as a control center of sorts for the endocrine function, as well as many other functions of the autonomic nervous system. These include body temperature, balance, and blood pressure.

Is the Diencephalon Part of the Midbrain?

Along with the medulla oblongata and the pons, the midbrain is an integral part of the brainstem.

Looking at the map of the brain, it may appear that the diencephalon is part of the midbrain. However, it’s not. Instead, these two parts of the brain form a continuous structure that makes them seem like one.

Is the corpus callosum part of the diencephalon?

The corpus callosum is a hard connective body that ties the left part of the brain to the right.

Although it may look otherwise, the corpus callosum isn’t part of the diencephalon.

Instead, this white matter is located just above the diencephalon. The misconception may be the result of the fact that the corpus callosum obscures the upper portion of the diencephalon, thus making it impossible to see without taking a cross-section of the brain.

Power Up Your Superbrain

The diencephalon may be the smallest of the four main brain regions, but it is every bit as complex as its fellows. It also perfectly illustrates how intricately designed the human brain is.

Decades of scientific research have brought us closer to understanding how the brain works. However, we still have a lot to learn before we can start using our brains to their fullest.