5 Life Lessons On Being Extraordinary From Priyanka Chopra Jonas
Mind

5 Life Lessons On Being Extraordinary From Priyanka Chopra Jonas

The following article was inspired by a Mindvalley talk with the fascinating multi-award-winning actress-producer and UNICEF Goodwill Ambassador, Priyanka Chopra Jonas in conjunction with the release of her new memoir, Unfinished. Priyanka was also named Time’s 100 Most Influential People in the World and Forbes’ World’s 100 Most Powerful Women.

When Priyanka Chopra Jonas does something, she aims to do it well. Her recently-launched memoir, Unfinished exhibits just that. The book details her childhood and her rise to fame. And Priyanka fills it with life lessons she has gained, sharing those extraordinary stories in bite-sized portions with Mindvalley’s CEO and founder, Vishen Lakhiani.

Life Lessons On Being Extraordinary

“Overachiever,” she describes of herself. And she’s not joking, with so many incredible achievements under her belt:

But that’s just what you can expect from Priyanka — 100% of her effort. Here are 5 lessons from her interview with Vishen on her extraordinary, yet unfinished life.

There are times when you have to be consistent, and just take one step and open one door. And slowly, you turn around and look back that you’ve walked a mile.

No one is immune to challenges in life, not even a ‘desi girl’ like Priyanka. (Side note: a ‘desi girl’ is an Indian phrase describing the epitome of an Indian girl. It is also a song in the Bollywood movie, Dostana, that featured Priyanka as the ‘desi girl.’)

Having dipped her toes in pageantry, singing, acting, producing, writing, and more recently, technology, Priyanka is bound to have hit some speed bumps along the way. But she doesn’t let adversity take the reins. Instead, she takes on one thing at a time until she gets to where she needs to be.

Life Lesson: Going full throttle in your life isn’t advisable, nor sustainable. It could cause you anxiety and exhaustion. Sometimes, you have to slow down and maintain a constant speed to avoid getting overwhelmed and burnt out.

I understood early on that I might be, as an actor, in a position of power, but it is my job when I’m hired…it is my responsibility from the time I clock in to the time I clock out that I give my 100%.

As a military family, Ashok and Madhu Chopra instilled the values of duty and discipline on their child.

One story Priyanka shares with Vishen is when her father unexpectedly passed away. At the time, she was hired for a small-budget indie movie. And even during such a tragic loss, she showed up to work and powered through.

And even when competing in Miss World 2000, Priyanka was determined to be in the top five. So, she spent time observing the competition around her in order to push herself to do better and be better.

Life Lesson: “If you’re hired, it’s your responsibility to show up 100% and immerse yourself,” says Priyanka.

I would implore most parents to treat their children with individuality, give their children a sense of confidence by believing in whatever they’re saying. Don’t shame them. Don’t laugh at them for crazy ideas. Ask their opinions. Inculcate thoughts in their minds.

As part of the military customs, the Chopras had a name plaque hung outside of their house with Ashok and Madhu’s designation. Priyanka demanded to know why her name wasn’t on the plaque given that she also lived there.

But instead of putting her down, her parents made a new plaque for their daughter’s endearing request and hung it proudly with the designation, ‘Priyanka Chopra, Upper KG’.

By recognizing her presence in the family, Priyanka was able to build qualities that would help her get through adversities easier, and navigate through the competitive and comparative world of Bollywood and Hollywood.

Life Lesson: Instill the value of respect, which will help build a foundation of strength to be courageous and tenacious.

Money can be a taboo subject for many households (although more modern thinking is that attracting money is easier than most believe it to be).

However, in the Chopra household, life lessons about money was abundant. From a young age, Priyanka was taught to earn her own money and not be dependent on anyone for it.

Although Priyanka may have not understood the merit of it at the time, she realized the importance of it when she started working at the young age of 17.

“I understood how much freedom and a sense of self a person has when they earn their own money,” she said.

Life Lesson: Earning your own money gives you the appreciation of independence and allows you to control your own finances.

Your laurels should be your springboard to take you to something else.

Being the extraordinary person that she is, Priyanka always seems to dream a little bit bigger. Her success is a reflection of her ambition, taking her for the ride of a lifetime from Miss World to Bollywood to Hollywood.

She admits that she’s an ambitious person. To her, success is not a destination, especially not in the entertainment industry where she has to keep having success in projects in order to be considered successful. That idea became her guiding drive to keep moving forward from one achievement to another. It pushed her to break ‘impossible’ barriers in Hollywood and pave the way for women, especially those from South Asia.

“The world sets glass ceilings for us anyway,” she said. “Don’t do it to yourself.”

Life Lesson: What advice would she give to be as ambitious as she is? “Not resting on your laurels.”

Behind stories of incredible successes are failures, rejections, and unexpected pivots. More often than you know. Without exception, it comes hand in hand with courage. Lots of it. Courage to keep moving forward, to find another path, and to try in the first place.

Priyanka is not the only one with incredible successes and an unfinished story. You do, too.

You, too, can show up in the world with courage, perseverance, and a strong sense of self. When adversity strikes, you, too, can confidently keep moving and keep rising above. And you, too, can break ‘impossible’ barriers.

Bend Reality and Rapidly Achieve Even Your Most Audacious Goals

Whether it’s a chance you want to see in the world or a problem you want to solve, discover in this free Masterclass how to access higher states of consciousness and make the impossible possible.Reserve My Free Spot Now 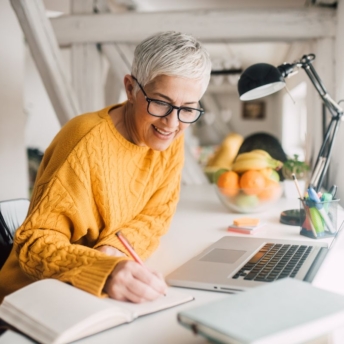 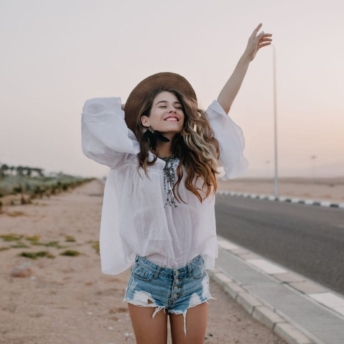 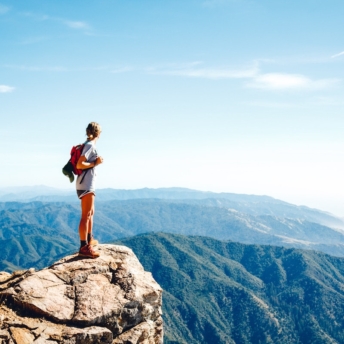