Understanding The True Meaning Of The Empath Definition
Mind

Understanding The True Meaning Of The Empath Definition

Have you ever met someone that seemed to be able to relate to your every thought, experience, and emotion? Well, that person was probably an empath.

But, what does it mean to be an empath? Let’s explore the definition in detail to better understand this rare personality type.

What Is The Definition Of A True Empath?

The definition of an empath is someone with the innate ability to understand others’ thoughts and feelings on a deep level. This is regardless of whether they have experienced similar situations previously or not.

Many empaths report not only being able to see things from other people’s shoes but to actually feel others’ feelings in their own bodies.

Not only are empaths real, but you’ve probably met a few of them in your life. Even though there aren’t many of them, you can recognize them immediately.

Well, there are a few traits that a majority of empaths share. They have a specific kind of energy that’s easy to recognize, so let’s take a look at how to identify an empathetic person.

What Does It Mean To Be An Empath?

Not every sensitive person is an empath. The definition of empathy is the ability to understand someone’s thoughts and feelings from their perspective instead of your own.

So, the first thing you’ll notice about empaths is that they can understand you even if they haven’t any experiences that are similar to yours. Conversations with them flow effortlessly, and they form close relationships with ease.

There are a few core values many empaths share: meaningful relationships, non-judgment, and deep concern for the well-being of others

Large groups of people can be quite overwhelming for an empath, as they absorb the emotions and energy around them. They also value their alone time, as they can benefit from taking a step back from other people’s lives.

Yes, true and genuine empaths are quite rare. Many people mistake empaths for sensitive people, but there’s a very important difference between the two.

While highly sensitive people get emotional quite easily, they don’t absorb other people’s emotions like empaths do.

Instead, they’re focused on their own feelings and aren’t prone to mirroring the behaviors of others. They often take things personally and judge the actions of others without trying to see their side of the story.

Empaths, on the other hand, are all about the feelings of others, especially the negative ones. Some people’s empathy reaches a point where they can’t differentiate between their emotions and the emotions of those around them. Some are even able to feel the physical pain of others.

What Are The Signs Of An Empath?

To define an empath, you need to understand what makes them different than others. One of the most important things that empaths are known for is their affinity for strong connections with others. Shallow relationships are never good enough for them. They long for deep and meaningful connections.

Empaths are also very altruistic and selfless. They’re willing to sacrifice their well-being for others, which often makes them the target of emotional vampires. They also see the world through their innate intuition and rely heavily on following their instincts.

What Are Empathic Abilities?

Empathic abilities are the various ways empaths extrovert and express themselves. In its most basic form, empathy is understanding others and being able to see the world from their perspective. However, many empaths go far beyond this simple application.

Some empaths actually absorb the emotions of others. And people with hyper empathy take this to a whole new level.

They feel the pain of others as if it were their own and suffer through other people’s issues. They must work to create healthy boundaries between themselves and others so that their wellbeing isn’t at stake.

Are there any true empaths in your life? If so, nurture your relationship with them, as they often make the most genuine friends and partners.

But keep in mind, without taming their gift, they’ll get overwhelmed and their emotional health may suffer. Make it easier for the empath in your life to withdraw and recharge by giving them plenty of alone time and not asking too much of them in social situations.

A Simple Practice To Unlock Your Deepest Awareness, Eliminate Exhaustion And Boost Your Happiness

Join Jeffrey Allen As He Reveals How To Access Your Higher Awareness To Live An Enriched And Purposeful Life.Reserve My Free Spot Now

Tagged asEmpowering Relationships With All, Greater Empathy Towards Others, UT
Share:FacebookTwitterEmailLinkedIn 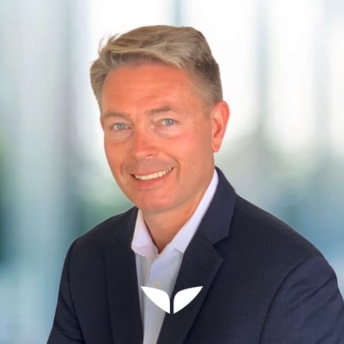 How to Build Rapport Like an FBI Spy Recruiter

Be True to Yourself: 3 Powerful Tips by Dr. Shefali Tsabary 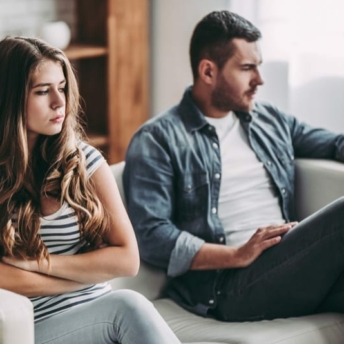 7 Reasons You Cheated on Your Partner, According to Relationship Experts

10 Podcasts Every Woman Should Listen To Is It Dangerous to Have Too Much Empathy? Is There a Difference Between Compassion vs. Empathy?