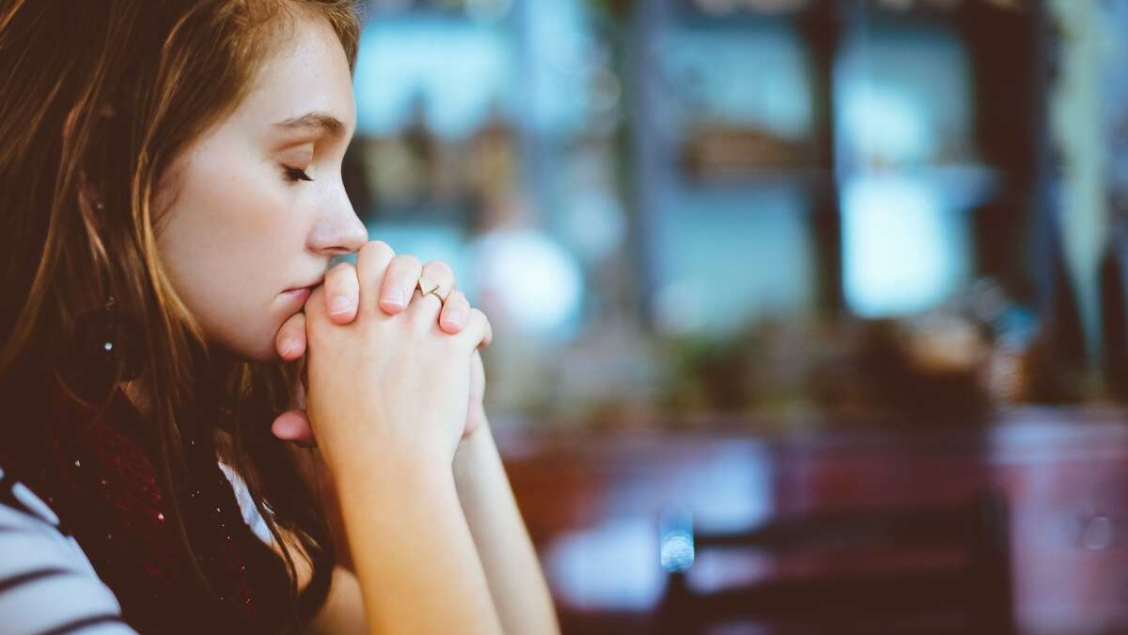 A belief system is more than just a set of principles or religious values. Discover what it is and how to change it when it no longer serves you.

Your belief system is the lens through which you see the outside world. So is your world sugar, spice, and everything nice? Or is it dark and gloomy?

Based on what you believe to be true, you have the power to shape your reality in any way you desire. Here’s where you can start exploring more about it.

The magic behind it is how your subconscious world will reflect in your physical world. And once you master this, nothing can stand in the way of creating the most incredible life you want. Here, you can take the first step.

What Is a Belief System?

A belief system is an internalized way of thinking about what is right or wrong, true or false. It can belong to an individual, an entire society, a political party, and so on.

The psychological definition of a belief system is “a set of beliefs which guide and govern a person’s attitude.” Therefore, it stands as the foundation of how you go through your life experience, the people you connect with, and your spiritual or religious practices, and it can even influence the kind of reality you will see being materialized.

Take, for example, a person who has a strong belief that they aren’t supposed to trust people, as they are likely to be taken advantage of. This kind of individual might struggle with finding connections and will probably go through experiences that validate their internalized truth.

Moreover, your personal belief system works on the popular ideas of “like attracts like,” “what goes around comes around,” or “what you focus on expands.” If you’re familiar with the Law of Attraction, then you can easily understand this concept as well.

What you are is what you get, simple as that. And your belief system represents bricks in the foundation of your psyche. For example, according to Dr. Bruce H. Lipton, in his renowned book, The Biology of Belief, what you believe about yourself and the world around you is so deeply infused in your body that it can even change your biological chemistry.

Man is what he believes.

How your belief system is developed

There are many factors that contribute to how your initial belief system was built. However, you may realize later on in your life that you have the power to change it.

What’s more, certain beliefs can be transmitted through generations due to past trauma in the family that hasn’t been processed. This phenomenon is thoroughly researched in the field of psychogenealogy. Simply put, trauma has been proven to change one’s DNA; therefore, the next person born in the family will be impacted by this alteration.

The alteration doesn’t mutate a person’s genes but rather affects the way through which the gene is expressed.

Think about children who grew up in a family where parents had intense arguments all the time. As a result, they might form a belief around relationships that “love is suffering” or “true love is hard to find.” And they will go on in their lives repeating the patterns that prove their belief system right.

For example, living in an ex-communist country may influence your beliefs about family, education, and career choices. You may see family as a number one value in your life or be skeptical about alternative education compared to traditional studies.

Or someone from a nordic country might have grown up with the idea that they need to be more reserved towards strangers, although they don’t particularly feel authentic in doing so.

Here’s a list of possible categories a belief system can fall into:

Here are some examples of specific belief systems from different categories:

Due to factors mentioned earlier, sometimes we are born into a world where a set of beliefs is given to us unconsciously. However, it may not serve us, but the great news is that your mind doesn’t hold your beliefs for eternity. You can let go of the ones that no longer serve you.

5 Ways to Change Your Personal Belief System From Marisa Peer

Once you realize that everything you believe to be true in your subconscious mind manifests into your reality, you will have the power (and responsibility) to create your life as you desire.

Marisa Peer, voted the #1 psychotherapist in the UK and trainer of Mindvalley’s Uncompromised Life Quest, shares five tips on how to let go of the subconscious belief systems that no longer serve you.

Your mind does what it thinks you want it to do.

1. Tell your mind what you want it to do

In the Uncompromised Life Quest, Marisa provides one simple idea behind how to control your own mind: it does what you say you want it to do.

Therefore, you get to pick and choose exactly the ways you want your mind to help you. Its purpose is to make sure that you live a long life, so it only wants to move you from pain to pleasure.

But the problem occurs when the mind is listening to your language and hears things like:

Marisa advises changing how you dialogue with your mind. Write down all the beliefs you catch yourself thinking about. And then change the language of how you speak to yourself.

Instead of saying, “I hate this or that,” “I can’t do this or that,” or “This is making me feel terrible,” just replace the words. Think, “This is a challenge, but I choose to do it so I get the results I want,.” Or maybe “I love eating a chocolate bar, but I love feeling full of energy more.”

For example, a vegan wouldn’t have the belief that not eating meat is hard. But rather, one would tell themselves that they choose to eat plant-based food because it’s nutritious and good for the planet.

Is it different? How does it make you feel when you speak to yourself like that?

Make sure that with anything regarding what you do, your mind knows it is pleasure. And it will absolutely support you along the way.

2. Feed your brain words and pictures that trigger transformation

Marisa kindly reminds you that you can take full responsibility for running your mind. How so?

The way you feel about anything boils down to two things: the words you tell yourself and the pictures you feed to your brain. And the great news is that you can control them both.

Whenever you’re scared or excited about something, your mind can’t tell the difference. Because it’s the same physical chemistry going on in your body. The adrenaline is pumped and your heartbeat gets faster.

For instance, you have a job interview for an amazing opportunity you’ve always dreamed of. What if you think about that experience and really feel how excited you are for the chance? How many things do you want to share with the employer, and how proud of yourself you’ll get to be when the job is yours?

This way, your beliefs of “I’m not capable” or “I always get nervous in these situations” can slowly shift because your mind knows it has nothing to fear anymore.

Your beliefs are yours to change.

As a survival mechanism, your brain is wired to come back to what is familiar and reject what is unfamiliar, according to Marisa.

That’s why most people reject love, abundance, wealth, health, and success. Due to what they’ve experienced before, their subconscious mind finds it to be unfamiliar.

Marisa talks about an example from her therapy practice. Her client was always finding herself in relationships with men that would be cold, distant, and unavailable. And when someone that showed love, warmth, and affection would come to her, she would walk away.

Why? Because her mind perceived closeness and intimacy as unfamiliarity, therefore something dangerous.

The next time something comes up that you find challenging or difficult, don’t just say, “It’s hard, I can’t do it.” Say instead, “This is just unfamiliar, but the more I do it, the more familiar it will get.”

4. Do what you hate first

Simply put, no matter how successful you are, you’ll still feel like there are things that you don’t like to do. And the despise you associate with some actions you need to take in order to move forward to your dreams is weighing you down and creating limiting beliefs.

Marisa emphasizes the importance of doing the things you hate first, therefore taking off those hard emotions that feel more like dread as you keep postponing. And once you start doing it, you’ll notice that you are likely to enjoy it more and more.

Maybe your goal is to have a fit healthy body. Once you start exercising first thing in the morning, you’ll soon notice that you won’t find yourself skipping another workout just because you left it last on your to-do list. And maybe you’ll also start loving it more and more.

5. Accept that you are enough now

There is no doubt that your life will improve dramatically as you change a belief system that doesn’t do you any good. But also, don’t make the change from a place of hatred and feeling not good enough. No matter how much different your life will seem to be, you might feel the same way.

A beautiful practice to do is reminding yourself how enough you are with any chance you have. Write it down on your mirror. Set it as your lock screen. Say it to yourself when you wake up. Sing it out loud while you’re driving alone. And take any moment you can to remind yourself how good it feels to be enough.

Life is changed dramatically when you realize you are enough.

Listen to this podcast episode to learn more about rewiring your limiting beliefs:

Great Change Starts With You

The first belief to instill into your subconscious mind is the one that tells you how possible it is to actually change your belief system. And how possible all the things you’ve ever wanted will become once you have the right mindset to take them all in.

If you need some support along your journey to the best version of yourself, Mindvalley is the place to be.

By unlocking your FREE Uncompromised Life Masterclass, you will experience a live 20-minute Rapid Transformational Therapy Session guided by Marisa Peer. And you can take part in a community that’s running on the same values and beliefs of unity, enoughness, and infinite potential.

Your best self with your best belief system is waiting for you. Welcome in.

World-renowned therapist Marisa Peer shares the step-by-step process to open yourself to easily attaining the life you desire in this free Masterclass.Reserve My Free Spot Now

For nearly 30 years, she’s worked with an extensive client list, including royalty, Hollywood actors, Olympic athletes, political leaders, CEOs, and the world’s top performers. Using Rapid Transformational Therapy®️, she helps her clients resolve past issues and personal limitations and rewrite their brains for greater performance, self-esteem, joy, health, wealth, and love. Marisa’s revolutionary approach to hypnotherapy has won her numerous awards, including eight Stevie Awards (Woman of the Year, Entrepreneur of the Year, and Lifetime Achievement Award) and a Venus award.