One of the interesting things about practicing Buddhism is its emphasis on meditation and mindfulness. That might be why many consider it more of a form of psychology rather than a religion.

Have you wanted to know more about how to start practicing Buddhism? This handy beginners guide can help anyone interested in learning more about this spiritual belief system.

In this article, we will delve into:

How To Define Buddhism

Before we explore how to practice Buddhism, we should establish the basics.

First and foremost: how do we define Buddhism? Of course, it’s easier said than done! Especially considering this spiritual tradition has over 500 million international practitioners and is known to be one of the oldest religions in the world.

So, what is the definition of Buddhism?

Buddhism is a spiritual tradition, also known as one of the most ancient religions that were started by the Buddha himself. (And don’t worry — we’ll tell you all about who he was in just a second.)

When did Buddhism begin? Well, over 2,000 years ago in Nepal, a young man sat beneath a Bodhi tree to meditate. After becoming Enlightened, he laid the foundations of this ancient spiritual tradition.

Can you convert to Buddhism?

The answer to this question is simply: yes.

In fact, anyone can become a Buddhist.

But is Buddhism the right path for you?

The best way to make this decision is to understand the core values of Buddhism before you embark on the Buddhist path. Find out if the spiritual beliefs of the modern-day Buddhist align with your core values. 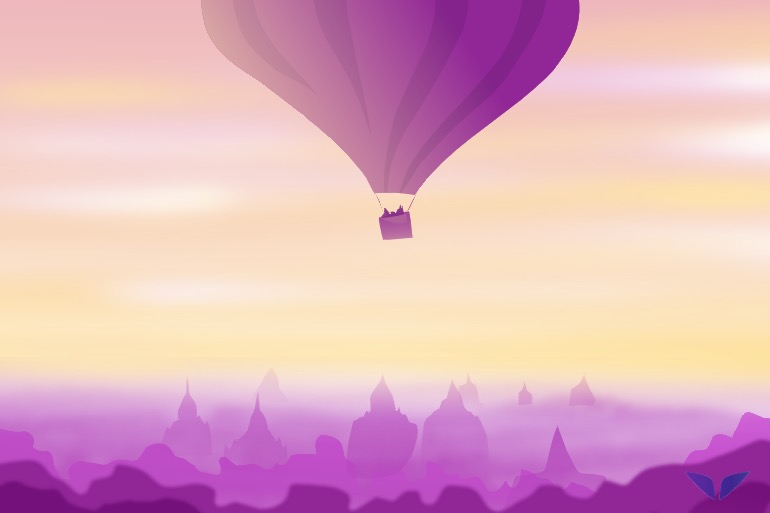 What Does Buddha Mean?

The word buddha means “The Awakened One” in  Sanskrit.

When we think of the word buddha, we often think of The Buddha — the man whose teachings became the core of Buddhism.

But it’s important to know that while The Buddha was an important figure in Buddhism, he wasn’t the only Buddha. In fact, there are branches of Buddhism that believe anyone can become a buddha — and that includes you!

A buddha is a person that is able to see the world with eyes unclouded by judgment or bias. Easier said than done, right? Maybe that’s why so few have earned the name.

The short answer is no. But let’s take a look at why.

The Buddha was a man called Siddhārtha Gautama. He was born in Lumbini, Nepal between 563 – 480 BCE. When he saw the violence, sadness, and selfishness around him, he vowed to find a way to end human suffering.

After studying with many sages, gurus, and ascetics, he sat beneath a Bodhi tree. After 49 days of intense meditation, he rose, Enlightened and eager to share his newfound spiritual understandings.

While Siddhārtha Gautama did become the Buddha, Siddhārtha was not a god. He made no claims to divine origins or powers. He was just a mortal man who wanted to share his ideas with any who would listen.

Is Buddhism monotheistic? No. But it’s also not polytheistic.

Buddhism is a nontheistic religion, which means that Buddhism has no official god or deity. 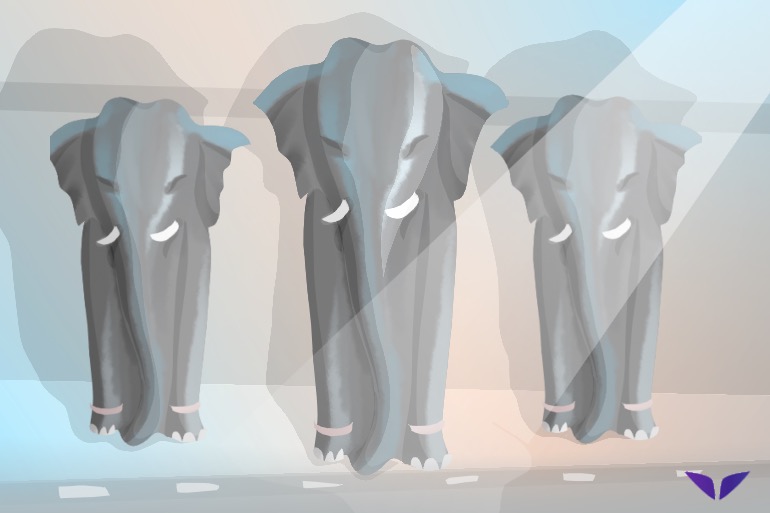 What Are The Different Types Of Buddhism?

As is the case with many major religions, there are different schools of thought in Buddhism.

Everyone is entitled to interpret the teachings in their own way. Over time, those interpretations became the branches of Buddhism that attracted followers from all around the world.

There’s really no right way to learn how to practice Buddhism. If you need further evidence, look no further than the different branches that exist today!

There are many different types of Buddhism, including:

As Buddhism spread, more branches began to develop. But two schools of Buddhism stand today as the oldest and most prominent: Theravada and Mahayana.

Theravada and Mahayana are the two most prominent schools of Buddhism.

Theravada Buddhism follows the teachings of the Buddha in the ancient Pali language. It’s most popular in Sri Lanka, Thailand, Laos, Cambodia, and Myanmar. This branch of Buddhism places a heavy focus on the meditative aspects of Buddhism. Theravada Buddhists believe that the ultimate goal of the Buddhist is to become an arhat or Enlightened being.

Mahayana Buddhism places more emphasis on the bodhisattva and the collective attainment of Enlightenment. A bodhisattva is a holy person who is able to reach nirvana on their own but chooses to stay on Earth out of compassion for others — to guide and assist.

Mahayana means, “The Greater Vehicle.” In Mahayana Buddhism, Enlightenment isn’t a state reserved only for monks. Mahayana Buddhists believe everyone can attain nirvana, and that the role of the bodhisattva is to stay on Earth to guide others.

How To Practice Buddhism

There are two essential teachings on how to practice Buddhism: the Four Noble Truths and the Noble Eightfold Path, as passed down by the Buddha himself. These are the basics of Buddhism and are universally followed by Buddhists around the world.

The path out of suffering? Well, that’s what the Noble Eightfold Path is for.

Besides the Four Noble Truths and the Noble Eightfold Path, there is another important teaching the Buddha left behind: the five aggregates.

What are the five aggregates?

The five aggregates are also called the five skandhas, which translates into, “heaps, collections, or groupings.”

The five aggregates are the elements that make up human existence. They relate to the way we perceive the world, what we think, and how we act.

What’s important about the five aggregates is that the Buddha wanted his followers to see them for what they were: individual pieces that could be separated and examined.

We’re tempted to view ourselves in the aggregates. But it’s important to be able to separate yourself from them to understand their fleeting nature.

The five aggregates of Buddhism are:

At first glance, the skandhas might not make much sense. But by meditating on these individual elements, Buddhist practitioners are able to separate themselves from their prejudices. By doing this, they’re able to draw closer to the state beyond suffering.

But, of course, there are some rules as well. 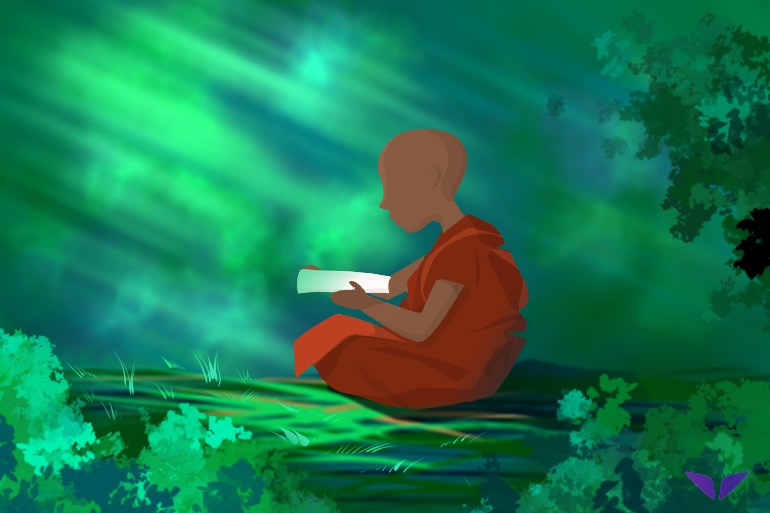 What Are The 5 Rules Of Buddhism?

Can a Buddhist drink?

The fifth rule of Buddhism states that a traditional Buddhist is not allowed to drink alcohol.

The Buddha made this rule when a monastic drank too much palm wine and passed out in public. The monastic had accepted the wine that was given to him as alms during the famine as every monastic, in fact, is obliged to.

But after this display of overindulgence, the Buddha declared that alcohol causes carelessness. And the fifth rule of Buddhism was born.

Diving Deeper Into Your Spiritual Curiosity

We hope you have found this article enlightening! If you’re still curious about Buddhism, a great place to start is by taking the lunge and visiting a local Buddhist center or temples. Buddhists are a welcoming community and are often happy to speak with those curious about the practice.

If your interests go beyond Buddhism and you feel called to explore your own unique spiritual development, you’re not alone.

At Mindvalley we know that personal growth of any kind can sometimes feel daunting, especially if you’re growing and transforming alone without the support of those around you. And when it comes to your spirituality, it can feel even more isolating! Spirituality is all about embracing the challenge to go within ourselves for the answers we seek, so it’s often a solo trip.