Dissecting The Vedas — What Are These 4 Sacred Texts?

Contrary to popular belief, The Vedas were not an invention of Hinduism. Rather, they were a precursor of (and an inspiration for) the Hindu religion, birthed from a much earlier religious group.

The basis of these sacred texts is astonishingly primeval and mysterious — with an unknowable origin and unknowable authors. Yet, they have had an immense influence on major world religions of today, primarily Hinduism.

Whenever I have read any part of the Vedas, I have felt that some unearthly and unknown light illuminated me. In the great teaching of the Vedas, there is no touch of the sectarianism. It is of ages, climes, and nationalities and is the royal road for the attainment of the Great Knowledge. When I am at it, I feel that I am under the spangled heavens of a summer night.

In this article, we will explore the 4 sacred texts, their origin, and purpose:

So, where did these sacred texts come from, and why are they so fundamental?

What Is A Sacred Text Definition?

Sacred texts and scriptures are texts that religious traditions use as the center of their teachings, beliefs, and practice.

What are the sacred texts of the 5 major religions?

The Origin Of The Vedas

The Vedas are some of the world’s earliest recorded texts. They were orally formed by Aryan nomads (referred to as the “noble ones”) during the Vedic Period (1,500 – 500 BCE) in ancient India, but not officially recorded (in a physical text) until centuries later.

The word “Veda” in Sanskrit means sacred wisdom, knowledge, or vision. This sacred wisdom is transcribed in the Vedas as a collection of poetry and prose, containing many hymns, mantras, chants, prayers, spells, and commentaries.

But who is the author of this sacred wisdom?

According to the ancients, there is no acclaimed human author. In fact, the information was channeled by the risis (the seers, the sages) from the very breath of “Source.” They referred to this “Source” as Paramātman: the “Primordial Self,” the “Self Beyond,” or the “Absolute Atman.”

The sages saw the Vedas, but they did not compose them.

For this, the Vedas are the most sacred text of Hinduism; the “language of the Gods.” They are the very basis of not only Hindu religious practices, but their social, legal, and domestic obligations, as well.

The Vedas are the very source of every Hindu tradition and sect.

As shared by spiritual teacher, author of Mindvalley’s Be a Modern Master Program Deborah King:

Sacred study [of the Vedas] reveals the practice, and practice helps you implement the powerful spiritual truths that can transform your life.

The Vedas are split into 4 separate sacred texts (a separate book for mantras, songs, rituals, and spells), but are often compiled into a book referred to as the Chathurveda Samhitha.

Chathurveda Samhitha is made up of three words — Chathur: four, Veda: knowledge, and Samhitha: collection.

The Rigveda: the book of mantra

The Rigveda is the oldest and most prominent of the Vedas. In fact, Ancient Hindus used the Rigveda as their main source of spiritual information.

In Sanskrit, the word “Rigveda” means The Knowledge of the Verses.

The Rigveda is comprised of 1,028 important hymns (sūktas), including the popular Purusha Sukta and Creation Hymns. And these hymns are organized into 10 different books, called “circles” or “mandalas.”

The older books contain hymns that are more focused on the praise of deities (gods and goddesses). While the younger books are more concerned with philosophical questions, the virtue of dāna (generosity, charity) in society, and other metaphysical issues.

The Samaveda: the book of song

The Samaveda is the second most important Veda, and is a liturgical collection of songs or melodies.

Samaveda hymns are a musical version of the informative hymns of the Rigveda. The Rigveda is the word, and the Samaveda is the colorful meaning.

The Yajurveda: the book of ritual

The Yajurveda is the book of prose mantras. It is a collection of ritual offering formulas and serves as a sort of “guidebook” for priests who carry out sacrificial acts. It is said to be similar in value to the Egyptian Book of the Dead.

The Yajurveda contains the “Black” (Krishna) book and the “White” (Shukla) book.

The Atharvaveda: the book of spell

The Atharvaveda is the most recent of the 4 sacred texts and plays an important role in Vedic history.

In it we find a series of magical spells, charms, and incantations to assist in everything from protecting against disease to attracting lovers.

What is the sacred text of Confucianism?

The most revered sacred text of Confucianism is Lun Yu (Analects).

Confucius didn’t write Lun Yu. In fact, his second generation of student wrote the text based on Confucius’ teachings. It captures many of the core meanings of the religion.

What is the oldest sacred text?

The oldest sacred text in the world is one of the four Vedas – the Rigveda.

Composed between 1700 and 1100 BCE, the Rigveda is now the oldest religious text still in use today.

So, which of the Vedas do you see most expressed in Hindu culture? Share it with us in a comment below! 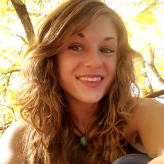 What Is The Vedic Religion? The Search For Hindu Origins

What Is The Rig Veda? Behind The Veil Of History