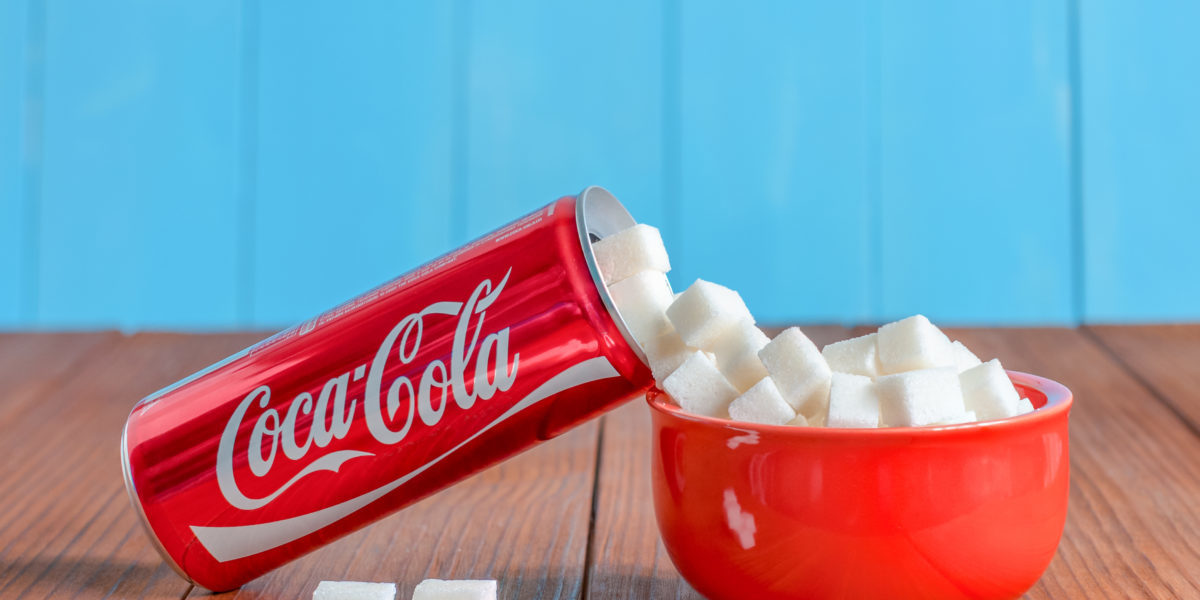 One of the most destructive products in the world on human health and the environment is seen as completely NORMAL.

Billions of us fall for its insidious marketing practices every single day.

And everywhere it goes…

Watch the video to learn the truth!

It’s no secret that Coca-Cola isn’t exactly a health drink.

But do we know how bad it really is?

According to the Huffington Post, this product filled with high fructose corn syrup has detrimental impacts on the body in the just first hour after drinking it.

So how does that look over a lifetime?

In several studies, Coca-Cola has been closely linked with the rise of obesity, tooth decay, and type 2 diabetes.

Medical News Today reported that a study on how sugary carbonated drinks impact the brain even found a strong correlation between these beverages and an increased risk of strokes and dementia.

Coca-Cola consumption was also linked to depleted liver and kidney function in a 2016 research study.

Yet, despite all the scientific evidence, they remain in FULL denial.

They continue to market their poisonous products to us, destroying global health all in the name of the almighty dollar.

Invading Diets Across the Developing World

In recent years, obesity and diabetes have run rampant in developing countries around the globe.

And Coca-Cola has certainly played its part in that destructive wave.

According to a report done by Center for Science in the Public Interest, the Coke franchise spends nearly $40 MILLION marketing its products across the developing world.

They initially decided to make this move after soda consumption in the US dropped 25% between 1998 and 2014.

As Forbes puts it, “Both Coca-Cola and PepsiCo are buying up local beverage brands, building bottling plants and promoting and marketing their brands, particularly to youth, in lower-income countries around the globe to hook vulnerable populations on sugary carbonated drinks.”

In other words, over the last 20 years, companies like Coca-Cola have caught on to the gradual push to eat healthier in the developed world…

And as a result, they have deliberately targeted their toxic sugar-rich products in poorer countries instead.

The company has also played a major role in influencing and controlling scientific studies that either support or deny harmful health implications from their products.

For example, Coca-Cola has spent MILLIONS of dollars to fund university research studies that deny the adverse effects of sugar on the body.

And if the soda manufacturing giant didn’t like what the studies had to say, they make sure the research is swept under the rug for good.

According to research from the Journal of Public Health Policy, Coca-Cola deliberately crafts their contracts with research institutions so that they can have early access to the findings and pull the plug on a study at any time, and for any reason.

Discover Magazine reports that in this study on Coca-Cola’s research contracts, they uncovered nearly 87,000 pages of university research studies that were in some way funded or influenced by the brand.

Beyond the company marketing their toxic products directly to children as happiness in a can, they aren’t even allowing the public to make informed decisions on how they want to feed their families.

And as they continue to rack up their profits, global health continues to pay the price.⠀

The Future of Coca-Cola

The real question is…

In the years to come, will Coke become the next big tobacco?

When their secrets are out and people around the world discover how profoundly damaging Coca-Cola is for your health, will investors begin to pull out and invest their money elsewhere?

I just couldn’t wrap my mind around why someone like Warren Buffet would put his money into such an incredibly harmful product.

So I got Mary Buffet, Warren’s former daughter-in-law and author of the book ‘Buffettology’  in the hot seat to get to the bottom of it.

During our interview, Mary admitted that she had once invested in tobacco stocks, but once the reality of the health crisis that followed came to light she divested without a second thought.

I truly believe that within the next 10 years, as a species we will rise up and begin viewing brands like Coca-Cola the same way we see the tobacco industry today.

But until then, all we can do is stay informed and speak out when products are knowingly harming the health of our friends, our family, and ourselves.

So my question remains, should Americans divest from Coca-Cola and admit its destructive ways?

Let me know your thoughts. And share this with someone who needs to read this!