At some point or another, we bet you’ve heard that a cold shower does the body good. But we all know from personal experience, cold water is unpleasant. It just doesn’t feel good. And it most certainly isn’t relaxing.

So, what are the benefits of cold showers? And why should you try one?

“Iceman” Wim Hof teaches you all you need to know.

Cold Showers Will Become “Peanuts” With The Wim Hof Method

You’ve most likely been subject to cold water before – whether chose to or not.

Maybe you were caught in freezing rain, did a polar bear dip in a mountain lake, or wound up with a blast of ice cold water in the shower because someone else in your apartment decided to tap some hot water while you were at it.

Wim Hof, a 58-year-old man from the Netherlands, commonly referred to as “The Iceman,” knows exactly how to combat these unpleasant sensations.

Wim has all the traits of a modern day superhero and his list of physical feats and accomplishments is long enough to make your brain boggle. He holds a staggering 26 world records for things ranging from taking the world’s longest ice bath, to hiking Mount Kilimanjaro in nothing but a pair of shorts in just two days.

He attributes his success to his breathing and meditation techniques, which he has crafted into the Wim Hof Method — a program based on the three pillars of cold therapy: breathing, commitment, and exposure to cold.

Below you can watch a video of Wim teaching a group of people how to “F*ck Fear” and take an ice bath, using the Wim Hof Method at Mindvalley’s A-Fest:

How The Wim Hof Method Can Help You Defy The Cold

Wim Hof has repeatedly looked death in the face — and defied it. With each record he’s broken, he’s proven not just to himself, but to the world, that the human body is capable of so much more than we understand.

Wim literally defies the laws of physiology, and through his personal and in-depth understanding of the power of perseverance and unswerving belief in yourself, he created the Wim Hof Method.

The method is a combination of exercise, meditation, and breathing techniques that you can practice on a day to day basis to unlock the true potential of your body.

And it teaches exactly how and why we reap the benefits of any form of cold therapy, also known as cryotherapy.

The Different Forms And Shapes Of Cryotherapy

Cryotherapy is another word for cold therapy. And cryotherapy has taken on a myriad of forms today, but taking a cold shower is still one of it.

In addition to cold showers, you can also immerse yourself in it by taking an ice bath — an extreme method, but an effective one.

Another, more popular method of cold therapy is one in which the body is immersed in a cryotherapy chamber at an extremely low temperature for a set period of time — usually ten minutes. Liquid nitrogen is pumped into a body-sized chamber to reduce the ambient temperature inside the chamber to be bone-chilling.

This method of cold therapy is quite popular among professional athletes, as it reduces inflammation in the body, which can become problematic for as high intensity training can really take a toll on the body.

And it is now becoming so popular that specialized clinics and spas are opening to the general public around the world.

4 Cold Shower Benefits For Your Health

The Wim Hof Method incorporates the use of cold showers to help revitalize both the body and the mind.

We’re sharing four of the main benefits for your overall health below:

When we shock the body with a sudden temperature change, our vascular system is affected, and this is a good thing.

Enlivening our senses and circulation with a dramatic drop in temperature moves the blood to our organs more quickly, stimulating the circulatory system.

This not only boosts our heart health, but can lower blood pressure, clear blocked arteries, deliver oxygen and nutrients to our tissues, and improve the immune system.

A study conducted in 1993 by the Thombosis Research Institute in England discovered that study participants who took a daily cold shower had a large increase in the number of illness-fighting white blood cells in comparison to their study counterparts who only took hot showers.

Researchers suspect that the increase in immune system function comes about as a response to an increased metabolic rate.

The shock of cold water kicks the cardiovascular system into high gear, which results in a boost to the metabolism. You’ll be burning more calories for the whole day, which is a benefit worth the shivers in and of itself!

When we expose our bodies to cold water, the shock to the system causes our blood vessels to constrict and tighten, sending blood from our skin to our internal organs.

What this also does is bathe our brains in fresh blood (yeah, we know, it’s icky!), bringing oxygen and vital nutrition to the brain.

Research indicates that cold showers can lower the presence of cortisol (the stress hormone) in our brains, as well as boosting feel-good neurotransmitters like serotonin. 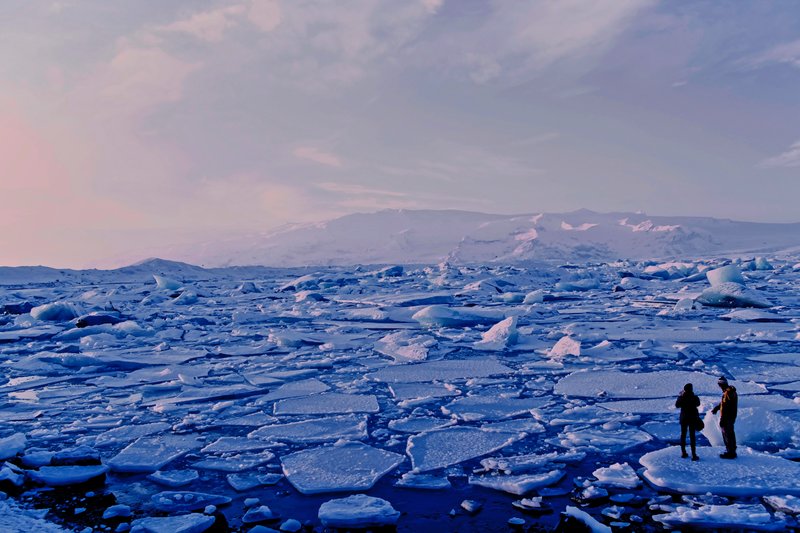 So, if all this sounds interesting and you’d like to give it a shot, here’s how to get started:

How To Start Taking Cold Showers

Wim Hof suggests that if you’re interested in the benefits of cold showers and would like to try one, it’s best not to get too overzealous right off the bat.

Hopping into your bathtub and turning your shower to freezing isn’t going to be a pleasant experience. So it’s best to start small, and gradually increase your tolerance.

If you’d like to try a cold shower, why not take your regular hot shower, and before you step out, lower the temperature of the water?

Wim Hof suggests taking a warm shower for ten minutes, and making the last thirty seconds of your shower as cold as you can stand it.

Thirty seconds may not seem so torturous now, but don’t be surprised if they end up feeling like some of the longest seconds of your life.

If you don’t have a timer at hand to clock your cold shower time, try counting out loud, or slowly sing the song, Happy Birthday.

Gradually, you’ll be able to increase the amount of time you spend in cold water. And even though it’s unpleasant, just remind yourself of all the incredible benefits your body and mind are reaping from the experience.

With an investment of just thirty seconds a day, you can positively impact your health!

Are you going to try the Wim Hof Method and take those cold showers?

And do you know any other benefits of cryotherapy?