What Are The Vedas? Unveiling The Birth Of Hinduism
Soul

What Are The Vedas? Unveiling The Birth Of Hinduism

Hinduism is a peculiar, and oftentimes mysterious, area of study.

With its cornucopia of gods and goddess, its array of colorful rituals and mantras, and its unknowable origin, it’s difficult to understand what exactly Hinduism is, and where it comes from.

A running Hinduism definition is:

A major religious and cultural tradition of South Asia developed from Vedic religion.

But what is this Vedic religion the Hinduism definition speaks of?

While many of us have heard of the ancient texts of The Vedas, few of us have an idea of what exactly this mystifying, religion-shaping, fundamental text really is, and who created it.

To best sort out all this confusion, let’s begin with exploring Hinduism’s ancient origin, the Vedic religion, and move forward in time from there.

What Is The Vedic Religion?

The ancient Vedic religion wasn’t Hindu, nor was it even Indian.

If you're ready for a big shift in your life...you were meant to join this free Masterclass with Vishen.

In fact, the religion was actually one of Aryan nomads, considered “the noble ones,” who had made their way to ancient India from the Middle East during the Vedic period (1,500-500 B.C.E.).

The Vedic religion existed well before Hinduism, but its texts, mantras, rituals, and theology is what inspired and shaped the bedrock of Hinduism.

The Vedic religion was based on the (oftentimes sacrificial) worship of a pantheon of gods and goddesses (referred to as deities). It consisted of orally recited chants, hymns, spells, mantras, and stories, referred to as “Vedas.”

Centuries later, the Vedas were written into what we now call The Vedas or The Vedic Texts.

What Are The Vedas?

The Veda was the most precious gift for which the West had ever been indebted to the East.

The Vedas are the very basis of not only Hindu religious practices, but their social, legal, and domestic obligations, as well. In fact, many would say that Hinduism is simply an interpretation of The Vedas.

It’s important to note, however, that Hinduism and the Vedic religion are separate religions. While many elements are the same, Hinduism has evolved much on its own since the discovery of The Vedas — after all, nothing remains the same after 5,000 years.

So, exactly what are The Vedas?

In Sanskrit, The Vedas definition translates to “knowledge” or “wisdom.” The Vedas are the physical transcription of this wisdom, referred to as “the language of the gods.” They are beautifully written in poetry and prose. 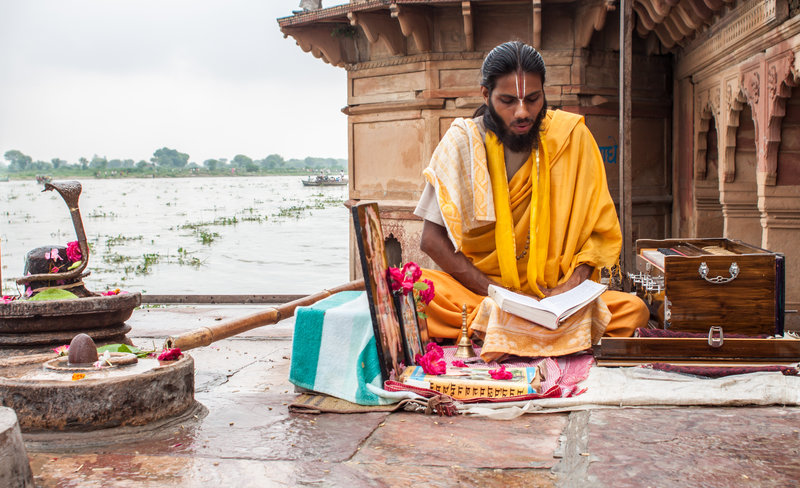 How Were The Vedas Passed Down?

What feeds the mystic nature of The Vedas is the fact that they have no acclaimed human author.

The wisdom was channeled by ancient risis (seers, sages) from the very breath of Paramātman. Paramātman refers to “Source,” the “Primordial Self,” the “Self Beyond,” or the “Absolute Atman.”

As eloquently stated by the spiritual master and author of Mindvalley’s Be a Modern Master program Deborah King:

The sages saw and interpreted The Vedas, but they did not compose them.

Can We Read Vedas?

We can read the Vedas, but simply reading them may not be enough. After all, the Vedas are also called shruti, which means “that which is heard.“

In order to be able to pronounce the mantras correctly and hear the sacred meaning, we must learn from the brahmins or priests.

I am seated in everyone’s heart, and from Me come remembrance, knowledge and forgetfulness. By all the Vedas, I am to be known. Indeed, I am the compiler of Vedanta, and I am the knower of the Vedas.

Through reading and listening, we can begin to learn the purpose of Vedas.  But if you want to understand the Vedas spiritually, you’ll have to learn from priests of the Vedic tradition.

Is The Mahabharata Part Of The Vedas?

The Mahabharata is called the Fifth Veda, but isn’t actually mentioned in the Vedas.

In fact, Fifth Vedas are post-Vedic Hindu texts and the Mahabharata is part of that.

Into Personal Growth? You're In Good Company

Make growth and transformation part of who you are. Join us for a free Mindvalley Masterclass to find out how.

The Mahabharata isn’t a Veda in the traditional sense, but is used instead an epic for teaching the Vedas.

What Are The Four Parts Of The Vedas? 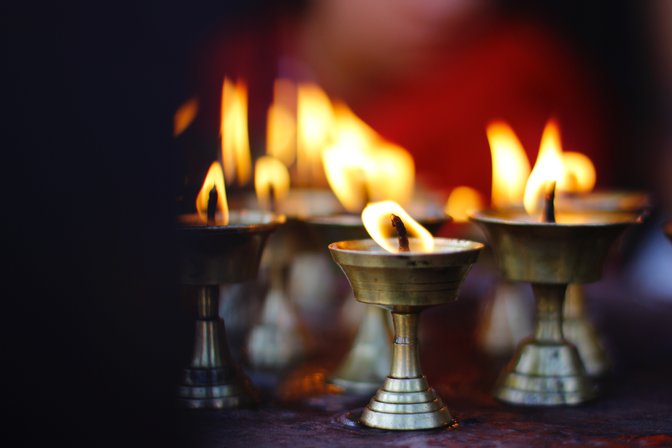 The Rig Veda: The Book Of Mantra

The Rig Veda is the oldest and most important of the Vedas. It is the basis of all Vedic history and teachings.

The Rigveda contains 1,028 hymns (sūktas) dedicated to various deities and organized into 10 books.

The older books (#2-#9) are more concerned with the praise of gods and goddesses.

The younger books (#1 and #10) are concerned with speculative questions; the Vedic religion was more fond of questioning reality than giving definitive answers; it wanted to free the people.

They are also concerned with the virtue of dāna (generosity) in society, and other metaphysical and social issues.

The Sama Veda: The Book Of Song

The Samaveda is the second most important Veda; it’s a collection of songs and melodies. These songs are simply a more comprehensible, melodic version of the information given in the Rigveda.

The Yajur Veda: The Book Of Ritual

The Yajurveda basically serves as a guidebook for priests to carry out sacrificial rituals. In the way that it contains rituals, it is often compared to the Egyptian Book of the Dead.

The Atharva Veda: The Book Of Spell

The Atharvaveda is the most recent of the 4 sacred texts. It contains simpler, more comprehensible language than the other Vedas.

It contains important information regarding ancient Vedic sociology and history, but it’s most revered for its magical spells and incantations.

Its spells assist in everything from attracting lovers, to calling upon help from the elements, to protecting against disease.

Is There A Single Hinduism Holy Book?

Hinduism is a relentless pursuit after truth… Hinduism is the religion of truth. Truth is God.

The Chathurveda Samhitha (the book of the Vedas) is perhaps the most prominent and fundamental Hinduism holy book, but it is certainly not the only one.

As the Hindu religion has grown and evolved, there are now many greatly adored Hinduism holy books.

The sacred texts of Hinduism belong to two different categories. And it’s important to remember that the division of these two categories is not absolute.

Shruti (Śruti) texts are categorized by “that which has been heard (or revealed).”

These texts embody the most authoritative of the sacred texts, for they are the revered as unquestionable, eternal knowledge — knowledge revealed not by a human author but channeled and transmitted from Paramātman by the sages.

The Shruti texts include:

The Smriti texts are supplementary and subject to change; they are authoritative only by conforming to the basis of the Shruti texts.

Some of the Smriti texts include:

What do you find most interesting about the Hindu religion? What Veda would you most like to read? Share with us in the comment section below!

Grow Through What You Go Through...

Sick of getting stuck?

There's no getting around it - life in the 21st century can be really hard to navigate. But with the right personal development hacks, you can grow through what you grow through.

Just like the 1000s of others who make up our Mindvalley Community, you too can go from surviving life's ups and downs to thriving within them...

So join us and Mindvalley founder Vishen Lakhiani in this FREE Masterclass to discover Life’s 3 Big Pillars - the only framework you'll ever need for automatic self-transformation.