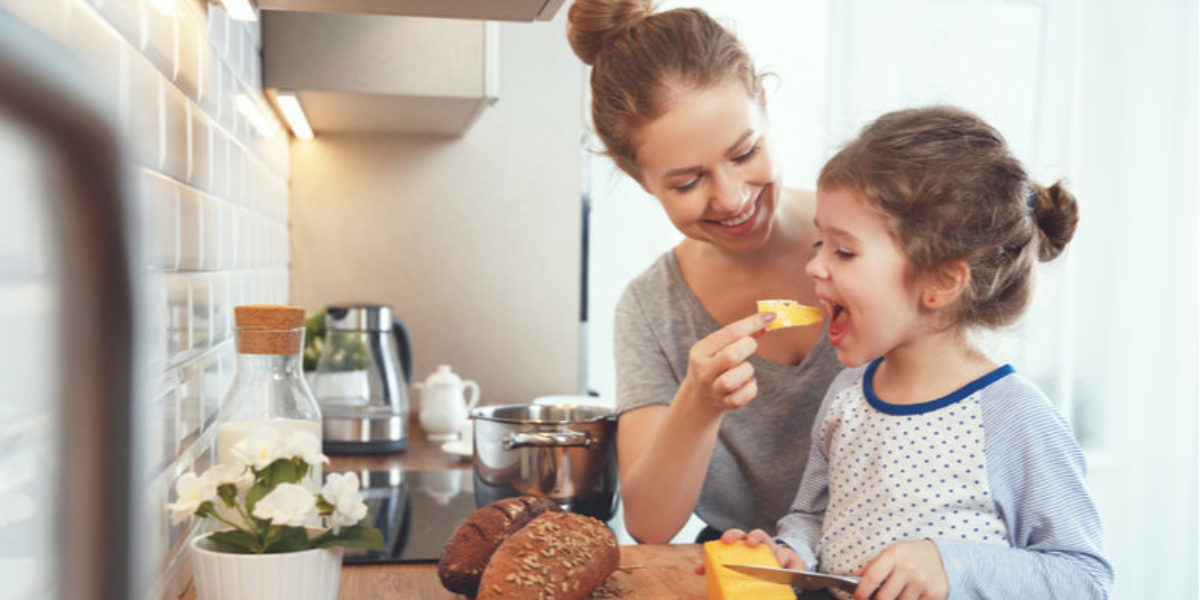 Are you one of those people that genuinely believe that all types of cheese make anything that much tastier?

If so, you’re in the right place.

Cheese is one of the happiest accidents in food history.

According to a legend, an entrepreneurial shepherd decided to store some fresh milk in a pouch made from a sheep’s stomach. He then later opened it to find that the milk had separated into curd and whey. The delicious tasting curd is cheese.

To make cheese, all you need are three ingredients: milk, salt, and live microbial cultures.

What gives different kinds of cheese their distinct flavor is the different types of microbe added to milk.

With so many different types of cheese in the market, do you know what their distinct differences are?

In this article, we’ll share what are the 7 types of cheese (from hard to soft cheeses, fermented to fresh cheeses, and anything in between), their differences, and what are the most popular cheeses around the world.

Read on — we promise a delicious read ahead!

What Are The Different Types Of Cheese?

Before we talk about the 7 cheese types, cheeses can be categorized in several ways, including:

So without further ado, let’s dive into the different cheese types!

What Are The 7 Types Of Cheese?

There are hundreds of different types of cheese. While each cheese has its unique characteristics, they can be broadly sorted into one of seven groups.

Due to their higher water content and rind-free, fresh cheese can start to go rancid after just a few days. Hence, the name “fresh cheese” means it must be eaten as soon as it’s prepared!

The texture of fresh cheese also depends on how much whey and moisture are drained from the final product. This can result in everything from crumbly cheese (queso fresco) to soupy cheese (cottage cheese).

Fresh cheese can be covered in herbs, wrapped in leaves, or rolled in ash— each finishing contributes to its distinct flavor.

Fresh cheeses are perfect for adding to salads, mixed into pasta dishes, and stirred into soups!

White cheese ripens from the outside in, so their inside is often runnier than the outside.

These creamy, earthy cheeses are distinguished by a thin white rind of blooming mold around them.

During their short aging period, soft-ripened cheeses are exposed to particular strains of mold, like Penicillium camemberti. This mold works to convert fats into aromatic compounds called ketones.

It’s best to eat white cheese at room temperatures as spreads on bread or crackers.

A semi-soft cheese’s moisture content must be between 36% and 45%, thus giving it its moist, flexible, and creamy consistency.

They’re made from lightly pressed curds with a rubbery, elastic texture.

Once the cheese is formed, it’s rinsed and brushed with a saltwater and bacteria solution to encourage the molds to grow.

The molds can be gray, white, or brown and form a leather-like rind.

Semi-soft cheeses are ideal for great snacks, desserts, sandwiches, and other recipes where you need to melt the cheese.

Taste: Varies. Can be briny, fruity, or meaty

This type of cheese is responsible for some of the stinkiest cheeses in the world!

The infamous Limburger fermented cheese packs a pungent aroma that reminds you of a pair of old sneakers. Ew….

These washed-rind types of cheese are rinsed twice a week with seawater, beer, wine, or liquor for around two months.

Supposedly, this practice started with monks who wanted to prevent mold from growing on their cheese. By washing it with brine or beer, they not only killed the mold but also promoted the growth of a bacteria called Brevibacterium linens.

The best way to eat this type of cheese is to remove the outer rind and pair it with rye bread and fruits.

Semi-hard types of cheeses are made by compressing curds into solids, draining any remaining whey in the process.

Then they’re left to age between one to six months.

Semi-hard cheeses have less moisture and tend to have holes. Their rinds can be natural, wax, or coated with a cloth.

The possibilities are endless!

Pair it with wine, nuts, and fruits. Sprinkle them on top of crackers and pizzas.

Hard cheeses are generally the richest (in flavor) and firmest of all types of cheese.

These are the extra-hard, extremely low-moisture cheeses — well known for their pungent saltiness and rich umami flavor.

How are hard cheeses made?

Cheesemakers would separate and drain most of the whey before compressing the curd. Then, the cheese will be either brined or waxed.

This type of cheese is perfect for grating over dishes like pasta and soup due to their hardness.

Among all cheese types, blue cheese is hard to miss.

If you’ve ever seen the spidery blue veins of a ripe Roquefort or Stilton cheese, you’ve probably wondered where that blue veins come from.

The answer, yet again, is mold, specifically Penicillium.

Blue cheeses generally refer to cheeses that are ripened using Penicillium — a bacteria that grows when exposed to air.

When blue cheeses are first pressed into molds, their appearance is pristine white. But at some point during the aging process, the cheesemakers pierce the cheeses with a stainless steel rod to allow oxygen to circulate and encourage the growth of Penicillium.

Blue cheeses generally have a sharp, salty or nutty flavor, and what’s the best way to enjoy blue cheese is to enjoy it with crackers, raisin, fruit bread, pears, and walnuts.

What Are The Most Popular Cheeses?

Surprisingly, the most popular cheeses are no longer American cheese, like Monterey Jack, Colby, and cheddar.

Other types of Italian cheese, like ricotta and parmesan, top the most popular list of cheeses as well.

What are the most popular cheeses in other parts of the world?

In Europe, Italian cheese dominates the top 3 most popular cheese list; Mozzarella being the first, followed by Feta (Greek cheese), and then ricotta.

In Australia, they have special awards for dairy products called “Australian Grand Dairy Awards (AGDA)” that crowns the best cheeses in each type of cheese. Some of the cheese champions of 2020 AGDA are ricotta, Edward’s Crossing Parmesan, and Heritage Reserve Vintage (cheddar).

What Is The Best Cheese?

The “best cheese” differs from person to person.

That said, what we classify as the “best cheese” are cheeses that taste delicious and do our body good.

These healthy, tasty cheeses are high in protein, calcium, and vitamin B12, and they’re low in calories and fat, which makes them indulge-worthy.

The point is, before you decide your “best cheese“, know what you’re eating works for you and your body.

If you know that particular cheese makes you unhealthy and you eat it anyway, perhaps you need to rethink your relationship with that cheese.

So, which type of cheese is your favorite? What new types of cheese are you most excited to try? Let us know in the comment section below!