Habits 5 Secrets For Mastering The Art Of Public Speaking
Work

5 Secrets For Mastering The Art Of Public Speaking

The Art of Public Speaking is a skill and be learned: If you have ever listened to a great public speaker before, then you know that there is something truly inspiring and uplifting about sitting in front of a poised and polished speaker. Public speaking is not just an act — it is an art. It is an art that you too can learn and master if you are willing to take the time to work at it.

If you aren’t committed to practicing and working on honing your skill, you will never be able to master the art of public speaking. However, if you want to put in the time and the effort of following some public speaking tips, you can grow your skill and become a true master of public speaking — no matter how shy, nervous, or apprehensive you may be about the subject.

Want to know the secrets? Here are a few public speaking tips (but we’ll refer to them as “secrets,” because they kind of are) that can lead you towards the path of finally mastering the unique art form of speaking in public.

Everyone Is Afraid Of Public Speaking

Don’t be so worried about being nervous when you speak. It is completely natural, so know that the individuals you are speaking in front of likely know your pain and understand the nerves. In fact, out of all of the phobias in the world, public speaking is considered the most common— 3 out of 4 people suffer from speech anxiety and people fear public speaking more than spiders, heights, or even death.

Once you are able to stop singling yourself out for your fear of public speaking or thinking that you are alone in your fear, standing up and speaking in front of others won’t be as overwhelming.

There is a certain level of comfort knowing that everyone else in the room has the same fear that you do.

Get On Your Audience’s Side And Everything Becomes Easier

Public speaking isn’t about you; it is all about your audience. If you can get on your audience’s side and connect to them, you’ll feel more comfortable and everything about your speech will become easier.

When you are standing in front of a large group and see people nodding, smiling, and connecting with you, this is a sign that you’ve really mastered the art of public speaking. Think about delivering a message that your audience would want to hear, but don’t try to generalize things too much.

Remember, your audience is a group of individuals and not everyone in the crowd is going to think, feel, or act the same way. You don’t want to alienate anyone in your audience, because if you do, then you are going to lose them.

Unless it is the absolute reason you are speaking, don’t touch on sensitive topics like religion and politics, or be overly opinionated. Try to stay neutral on topics. You should also make sure you are looking to the crowd for general cues, so you can get a feel for the room and stick with things that are working (or change things that aren’t while you speak). 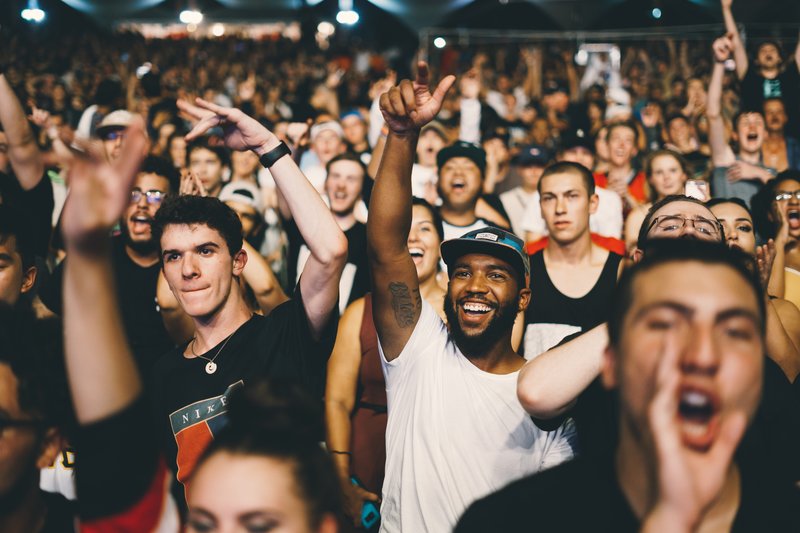 Tell Your Audience Something— But Not Everything

Some speakers are just excited to share their wealth, some feel they have something to prove, others may use it as a mechanism because they are afraid of speaking in general.

The best public speakers in the world are the ones that aren’t going to go up and tell you everything that they know. People want to learn something, but they don’t want to learn everything. If you overload them with knowledge, they are going to feel overwhelmed and they won’t remember the majority of what you told them.

Audiences love to learn little unknown facts, bits of information they can re-tell others or secrets and insider knowledge that only the pros know. You may know a lot about your field or topic, but the key is not dumping too much information on your audience. You need to give them just enough that they remember without making their brains hurt.

Here’s a great way to make sure you are delivering the right amount of knowledge:

Tell a familiar tale, whether it is about a famous person or a historically significant event in history. It just needs to be something that most people know. As you tell that tale, start adding additional facts that most people don’t know into the story.

It’s a great way to give people that little bit of extra knowledge they crave from a speech without making them feel like they just sat through a lecture.

When you think of someone who has truly mastered public speaking, chances are you think of something that speaks with passion and that delivers memorable, quotable and inspiring speeches to their audiences.

Passionate speaking is great, but it requires boundaries.

Passion is important, but it isn’t everything. You need to know when to use those moments of passion in order to make your message really stick. If you want to deliver a speech that your audience will actually resonate with, you need to create a balance between moments of passion and moments of calm.

This is the only way to get your really passionate points and passionate moments to hit hard and to leave an impact. If you are at a 10/10 the whole time you speak and trying to make every sentence as fiery and passionate as possible, it’s not going to pop. Your speech should have ebbs and flows between calm and passion to really make an impact. This is one of the more important public speaking tips.

It’s not something that most people think of when they are preparing to give a speech, but generosity can actually be a great “secret weapon” when it comes to mastering the art of public speaking. Being generous, in general, is a good thing, but it also helps you connect with your audience in ways that you may have never thought were possible.

This doesn’t have to be a big grand gesture either, it can be a small act of generosity to help you seem more personable and kind and to remind your audience that you are a real person talking to them — not just a face behind a podium spewing out information.

These small acts of generosity include complimenting your competition, offering free help or consultations to others, sharing the spotlight with someone else, or giving sincere thanks and credit to those who helped you.

You can also give something away whether it is a prize, a book, or even cash. There is one popular social media speaker who actually throws golden eggs filled with $100 bills in them out to the audience during his speech. It’s a grand gesture, but it’s one that has an impact.

No matter how you choose to showcase your generosity, highlighting this part of your personality can go a really long way in connecting with your audience as you start to learn how to master the art of speaking in public.

Understanding Your Current Relationship With Money

4 Tips To Create Engaging Content That Attract Your Ideal Clients