A lot of people see Mindvalley on its glossier side. But what many don’t see is that BEFORE all of this…Mindvalley was, well, really really basic. Some might even say ‘sucky’.

A lot of people see Mindvalley on its glossier side. Great products like Omvana (which has been featured by Apple in iPhone Commercials), award-winning office spaces, a really talented team, and stellar growth without ever having to take VC funding or loans.

We’ve all got to start somewhere right?

In this post, I wanted to share some shocking photos of Mindvalley before we succeeded. So you know that success may not always come quickly, but if you’re prepared to start small and sucky and dream really, really big AND keep pushing, epic things may happen. 🙂

This is what the Mindvalley Office Space looks like in 2020.

It was listed in Inc. Magazine, “World’s Top Ten Coolest Workplaces 2012.” Not too shabby. But that’s not how we got started.

It was ugly, stuffed with used furniture, and located in a really crummy neighborhood in Kuala Lumpur. We still had a great team though.

Some of you might recognize the guy on the left — that’s Khailee Ng who went on to found Groupon Asia, Says.com, and now leads the 500 Startups Asian Fund. Even in our early years, we made it a point to find and groom really great talent.

Time to go from the old office to the new office: 4 Years

And it gets more interesting.

Programmers were never more than three feet away from horrible food.

Yum! Nescafe 3-in-1 instant coffee and the cheapest biscuits money can buy. But hey, we’ve all got to start somewhere, right?

This is the official team picture from 2019.

But this is the official team picture from 2005.

Yes — this was the OFFICIAL picture used on our site. Don’t ask why we’re posing with a pile of books and educational courses. I think we were trying to demonstrate that we were actually invested in learning.

We could have at least bothered to crop out that air conditioner or the whiteboard in the back. The style was NOT something we were known for back then.

Finally, here is what our team looked like over the years.

Today, we have a world-class team from over 48 countries.

The Hall of Awesomeness: Mindvalley’s Auditorium

This is the Hall of Awesomeness from 2012.

Yes, we have our own frickin’ auditorium that seats 150 people. And this space just won an award for having the most beautiful interior design for an office in our city.

But we had to start somewhere…

This is the Hall of Awesomeness in 2009, just 3 years before…

Don’t you love how we improvised by joining a whiteboard and projector screen?

In this picture, a visiting guest, Max Simon, is taking the Oath of Awesomeness on a statue of Wonder Woman (our unofficial company mascot).

Today, new hires still take that same oath. But now it’s in a state-of-the-art auditorium in the hottest neighborhood in Kuala Lumpur.

The time between these photos: 3 years.

We FLEW the entire team to Thailand, put everyone up in a 5-star resort, and treated them to amazing food, drink, training, parties, and bonding. Now, once a year we take the team on an annual team retreat to an exotic beach in the region.

Only four people in the next picture worked at Mindvalley. The rest were friends. We were a smaller team back then. This picture was taken at Tioman Island in Malaysia.

We drove nine hours in a van to get there. We stayed in a rundown cabin on the beach that cost us $20 a night. Two people got beds. Three slept on the floor.

Kuala Lumpur is hot. So many of our foreign employees love a good pool party. Our first pool party took place in a condo in Bangsar, a renowned residential neighborhood right by the city.

Now, this is a picture from one of our beach parties in 2014 (we rented a private island in Thailand).

Our beach parties sparked what later became A-Fest, an invite-only community of 2000+ extraordinary people from 50+ countries who come together to connect, grow, support each other, and learn from the world’s best teachers.

And there you have it. The truth behind how we started.

The point I’m hoping to make is that we all have to start somewhere. As glossy as things can look on the outside, know that it was an uphill climb.

We struggled, we pushed, and we worked our asses off. But we kept dreaming big. And expanding the vision of what it was we wanted to build.

So remember: Pay respect to your beginnings. And if you are just starting out, know that it’s okay to be “sucky.” To be small. To be messy and chaotic. Just make sure to never ever stop dreaming.

If we could do it, so can you.

A Thank You to the People Who Helped Me Start

And finally, I want to thank this band of misfits who left their countries and jobs to join me in 2005. I couldn’t promise much. We had an ugly office. We could not afford perks or even decent salaries.

But these first few employees, because they believed in my crazy dreams, gave us the spark that eventually became the Mindvalley that we know today.

Thank you for believing in me 10 years ago when we were small, sucky, chaotic, and had no idea if we were ever going to succeed. Your bravery made this all possible. And this post is dedicated to you. Unlock These 7 Abilities to Become a Modern Day Jedi 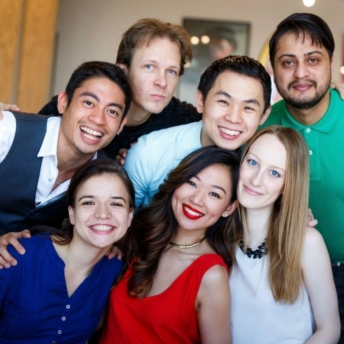 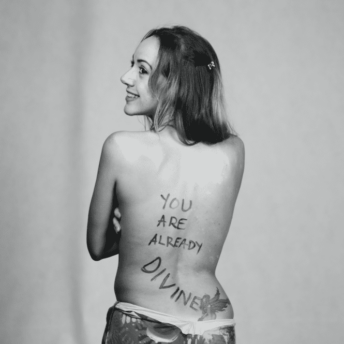 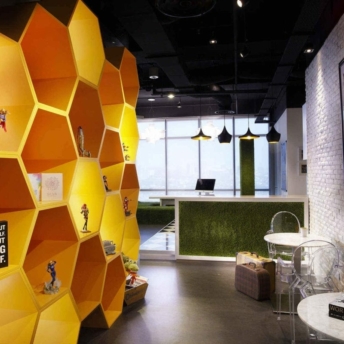