Psychedelic Drugs: Expand Your View Of The Universe
Mind

Psychedelic Drugs: Expand Your View Of The Universe

If you have been searching for the path to enlightened consciousness, you’ll know that it is one of focus and dedication. But what if there was a quicker way? What if you could just take a certain substance and it all became clear to you? Could psychedelic drugs and levels of consciousness be a way to enlightenment?

A quick search into psychedelic drugs will reveal a stream of references and a variety of stories from people who have had altered, and even heightened, experiences of consciousness. Are these stories just a subjective interpretation of a drug-induced high, or do they carry weight for a spiritually heightened experience?

The great mystic and spiritual teacher, Osho, said that although he was averse to drug use due to its addictive and destructive effects, he believed that the use of psychedelics substances was spiritual. He believed that our search for heightened consciousness was a part of our spiritual development — that our souls yearn to seek higher levels of consciousness, and that the effect of these drugs was a spiritually fulfilling experience.

There is a term for people who explore altered states of consciousness: psychonauts. Psychonauts often practice shamanism, are lamas of the Tibetan Buddhist traditions, practice sensory deprivation, and seek entheogenic experiences (spiritual, or godly, experience) with both archaic and modern methods. It is common for psychonauts to practice the use of psychedelic drugs to reach these altered states of consciousness.

In 2006,  R.R. Griffiths, W.A. Richards, U. McCann, and R. Jesse conducted an academic study on experiences of consciousness under the influence of the psychedelic state. The participants of the study were (voluntarily) given psilocybin, the primary psychoactive substance contained in the magic mushroom. 60% of the group reported a drastic change in their state of consciousness. Among the experiences reported, the participants spoke of the transcendence of time and space, unity with all things, a sense of insight into the ultimate nature of reality, and the overwhelming flood of joy, love, and peace.

Another study conducted in the same year, by Michael Lerner and Michael Lyver, found that users of psychedelic drugs had an increased sense of spirituality, compared to those who use other recreational drugs. Their findings show there is a strong correlation between spirituality and psychedelics. 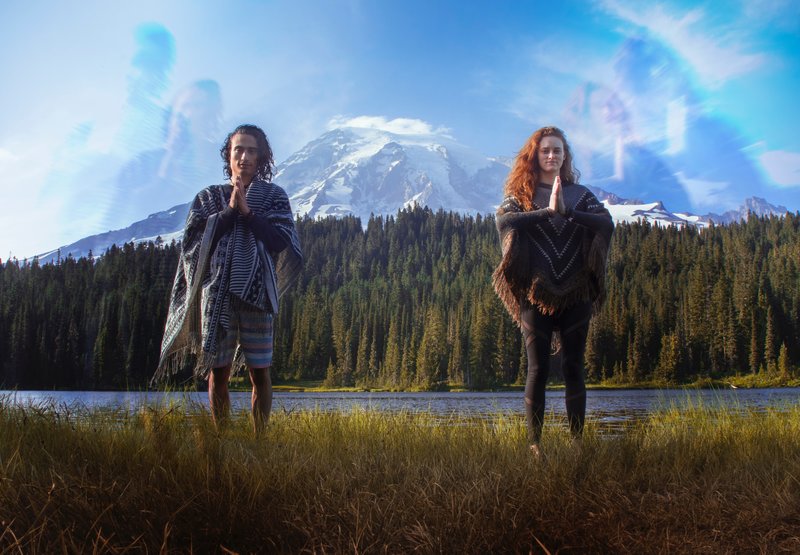 Scientific Evidence Of Psychedelic Drugs And Higher States Of Consciousness

There is recent evidence confirming that psychedelic drugs do create an experience of higher consciousness.

By using brain imaging technology, scientists were able to see and measure neural activity in the brain. They found that the brain, while under the influence of psychedelic substances, had more diverse neural activity than in the baseline waking state. This diversity of neural activity is directly related to brain complexity, and despite the pharmacological differences between these drugs (how they act in the brain), they were all found to increase the level of consciousness in the brain (by increasing the complexity of the neural signals).

Measuring neural activity is the standard method of determining states of consciousness, and has been used for decades in studies regarding sleep states, anesthetic states, vegetative/coma states, and meditative states.

When it comes to psychedelic drugs and levels of consciousness, the big question is whether there are lasting impressions on consciousness.

The work of Ken Wilber (author of A Brief History of Everything) includes the exploration of “states” and “stages” of consciousness in his Integral Theory.

A stage is considered a progression in a certain area. We can call this a higher level of spiritual awakening and being. It is reaching a new level of understanding and discovering something you will experience, continually, as your life goes on. Here is a great video, by Michael Beckwith, explaining more the idea of “stages” of consciousness and how we can level-up our consciousness.

A state is only a glimpse of an experience and is not a constant. It is a fleeting occurrence, such as an outer body experience or a brief moment of pure bliss.  A state will not necessarily change you at the core of your being — you could go on living exactly the way you used to.

We can safely say that the heightened experience you get from psychedelic drugs is just a state; once the drug wears off, you are returned to the level of consciousness that you had before you took the drug.

However, it is not unfair to say that once you get a glimpse of this state of being it will propel your desire to reach this state again. You can do this by merely taking the drugs once again, or it could give you the motivation to dedicate the time and patience to develop this state of awareness through more natural practices.

Whether you choose the path of a drug-free spiritual journey or a drug-induced glimpse of higher consciousness, it is the aim of conscious evolution that matters most. In the topic of psychedelic drugs and levels of consciousness, there is no one path.