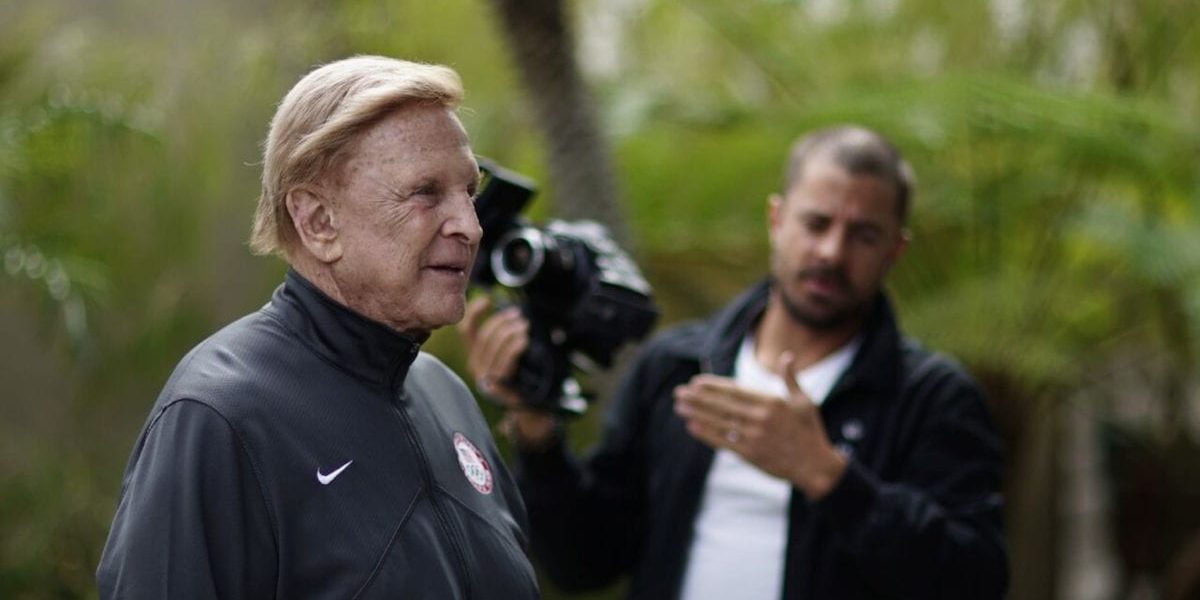 Denis Waitley is not only perhaps the greatest coach America has ever produced, he’s also the most humble. He is an absolute expert on how to develop the winner’s edge.

As one of the most-listened-to voices in personal development and growth, with The Psychology of Winning audiobook selling out to over 2 million people and raking in over $100 million dollars, Denis Waitley has good reason to tout his own success.

After all, he’s a pioneer in the field of personal growth.

He’s worked alongside the early greats and met men before they were giants: Zig Ziglar, Norman Vincent Peale, Earl Nightingale, a dashing 17-year-old Tony Robbins. . . And he’s been responsible for the creation of champions as the Chairman of Psychology for US Olympics team and as the performance coach of Astronauts.

However, when you meet him, you’ll find a man that surprises you with his humility, his story, his insight, and brilliant wisdom.

Unlike his friend Zig Ziglar, Dennis Waitley is not a salesman. He’s not a self-promoter and he’s not a marketer.

Denis Waitley is a teacher, a poet, a patriot — and he knows how to train your brain to unleash your inner champion.

That’s why I sat down with him last Tuesday to ask him to share his journey and ask him about how to develop the winner’s edge, become unstoppable, and raise children. As well, I asked him about his Mindvalley Quest, The New Psychology of Winning.

Mindvalley: Let’s start with your origin story. How did you become the leading expert in peak performance and and the author of the bestselling audiobook in history?

Denis Waitley: Well, it’s actually something that you would not expect.

I grew up in a dysfunctional poor family in San Diego. My mother worked in a factory and my father worked in a car dealership, but he had a lot of drinking and smoking issues.

In order to find love and compassion, I rode my bike 20 miles to my grandmother’s home in Mission Hills and gardened with her every Saturday.

She really gave me the first feelings of worth by telling me whatever you put in the soil and nurture will come up. And she told me, “You need to concentrate on planting seeds of greatness. You need to model yourself after people with proven track records of success rather than people who just yell and shout.”

But because we were at war with North Korea, everyone in my class got drafted.

I then became a Navy pilot. And I didn’t mind defending my country, but I wanted to do more to actually develop people’s potential.

I was not successful for a 10-year period other than local talks and going out and building a speaking career, little by little. But my military career and my interest in personal development allowed me to finally get into the astronaut training program. And then in 1980 I was appointed Chairman of Psychology for the United States Olympics.

So that was the beginning.

Mindvalley: Why did you write The Psychology of Winning?

Denis Watley: I wrote The Psychology of Winning at the worst time of my life as a result of what I wasn’t doing.

I wrote for myself, to explain to me what I wasn’t doing, why I was losing, why I could not stay on top, why I only had temporary success. So I had no idea that it would end up more successful… I would say that in The Psychology of Winning: The 10 Traits of The Total Winner every trait was one that I needed to develop in myself at the time.

Mindvalley: So it was almost like journaling, actually, in a way?

Denis Waitley: Yes, it was. And it was also part of a doctoral thesis. In the book, I explain why no American prisoner ever escaped from a minimum-security campus because they had no purpose. Only the leaders who were in maximum security escaped from the prison camps. I became a cerebral researcher. I used anecdotal evidence coming from prisoners of war or from people who, in the military, who had gone through tremendous trauma.

I learned a lot from people who were not succeeding but were surviving.

Mindvalley: Tell me more about what people learn from your program. How does it change their lives? How did it change your life?

Denis Waitley: It changed my life because I had to look inside. The very beginning of this whole process is self-awareness.

Self-awareness is the ability to step back from the campus of your life and do an audit. And the audit is, “What are my natural gifts? How do I know? What are my positive personality traits and what are the ones that are holding me back?”

So in The Psychology of Winning, they’ll save a lot of time, a lot of anguish, by learning what they really have to offer. And they’ll learn from the people who are already champions.

That’s what every good golfer does from a golf coach and every good Olympian does. They learn from the coach the correct sling. Because you can’t play the inner game of anything until you learn the correct swing. And then you repeat, so that over time it internalizes into reflex.

Winning is 90% reflex at the highest level. So champions, astronauts, Olympians, top entrepreneurs, don’t think about it anymore. It’s a natural reflex action that they have developed through two years of this kind of activity.

Mindvalley: How do you measure success after working with people like that?

Denis Waitley: A winner is someone who takes the potential that they’ve been given and the experiences, skills they have since developed, and applies it to a fulfilling and happy life that benefits other people as well as themselves. They take what they’ve been given, develop it fully into something they love to do, and achieve their highest goals in a way that benefits others as well as themselves.

A loser would not be somebody impoverished in a poor country, somebody who couldn’t get enough to eat.

Mindvalley: And what is the greatest mistake that people make in pursuit of success?

Dennis Waitley: Expecting success to arrive as a result of somebody doing something for you — and believing you have to look out for number one at the expense of others. Those are the two main problems that people have.

People get stuck in the having to provide income, and therefore they are not willing to risk bailing or risk being a fool.

But the only thing I can say there is that they should be taking their free time to chase their passion. You don’t have to take all the risk by yourself, but the greatest risk is seeking security. And the greatest security is being able to seek risk that will actually set you free.

Mindvalley: How does someone go from scarcity and security-seeking mindset to mustering up the courage and self-confidence to pursue their dreams?

And it gives one, a person like me who grew up with marginal self-esteem, the courage to try it knowing that all these people who are ordinary did extraordinary things. You have to get out of the blame game, and get into the game of, “Why not me?” Instead of, “Why me, Lord?”

Mindvalley: I’m sure that you discovered a lot about resilience from Prisoners of War. What did you learn from the POWs you interviewed?

Denis Waitley: The most. I’ve learned the most.

I’ve learned that when everything is taken from you and you don’t know whether you’re going to survive, there’s two kinds of people at that moment. Those who are afraid and will do anything to stay alive. They will compromise any belief they have as long as no one gives them pain.

And then there are those who are leaders.

People who know where they are going, where they came from, what they stand for, what they’re fighting for, and they will not break under either intimidation or in being given special privileges. Those are the ones that tapped down the pipes, Morse code, and kept their faith. And those are the people who exhibit winning characteristics.

Mindvalley: And how can parents teach their children to be successful?

Denis Waitley: The problem is that many parents are attempting to relive their lives in their children. Parents give their children money instead of time, they give them indulgence, and they want to be their children’s best friend when they should be their mentor, their role model.

Now children are actually losing the ability to take responsibility for the outcomes in their lives. And they’re unable to handle very simple setbacks because they never had to handle those all throughout their childhood and all throughout high school and university.

And not until they got into the real world and they got their first major rejection did they finally experience that life is full of noise and barriers.

So I think the greatest thing that holds our children back is by not giving them authentic value and praise, just indulging them with things. It’s important to give praise for specific accomplishments. And I always say, “Let a child experiment, but keep them safe.” Let them experience the consequences of their own actions as long as it doesn’t damage them emotionally or personally.

Mindvalley: Last question. What’s the one message you’d want to share with every generation on the world right now?

Denis Waitley: The future belongs to the optimist because imagination rules the world. It isn’t what we know, it’s what we imagine that counts. And that’s why we should be optimistic — there’s enough for everyone. We can give without giving up anything. We haven’t lost anything just because we’re sharing the abundance.

What do you think it takes to make a champion? Do you know how to develop the winner’s edge?