The Importance Of Adventure: Why I Left The US After 27 Years To Attend Mindvalley University
Work

The Importance Of Adventure: Why I Left The US After 27 Years To Attend Mindvalley University

When I was 20 years old, I decided to strike off something crazy from my bucket list and train myself to become a competitive fighter in boxing. I was training five days a week, three hours a day.

One day, I was facing a short, podgy guy inside the ring.

He was an Irish man living in a camper van, out of shape. But apparently, he fought like an animal.

He had kind of an attitude. He said “Kid, you can do a lot harder, this is nothing to me. Even if you go full speed you won’t hit me.”

I was like, what?! This old, chubby guy is trying to tell me how to fight.

But every time I punched him I could not move this guy for the life of me. He just kept on taunting me saying “You can’t hit me”. I was losing my mind.

Eventually, I took all my strength and I smacked him in the face as hard as I could. It literally looked like in the movie Terminator when you try to punch a robot with all your force and he barely moves.

Then he came back and hit me in the kidney so hard that I collapsed on the ground and couldn’t walk for a week.

The lesson this story taught me is that there are two types of knowledge: Conceptual and experiential.

You can understand something conceptually. People can tell you that the girl you date is ruining your life or that you have to pay taxes on time to avoid consequences.

But until life hits you in the stomach, you won’t understand the lesson experientially. Once you do, though, you will never forget it.

Now, this may sound intense, and luckily, not all lessons come to us from pain.

But the point is that you can read books, listen to stories of how others did it, and take courses online. They are all amazing tools for learning.

But unless you throw yourself in the middle of it, unless you go out there and share that experience with people, it won’t create a dramatic impact on your life. 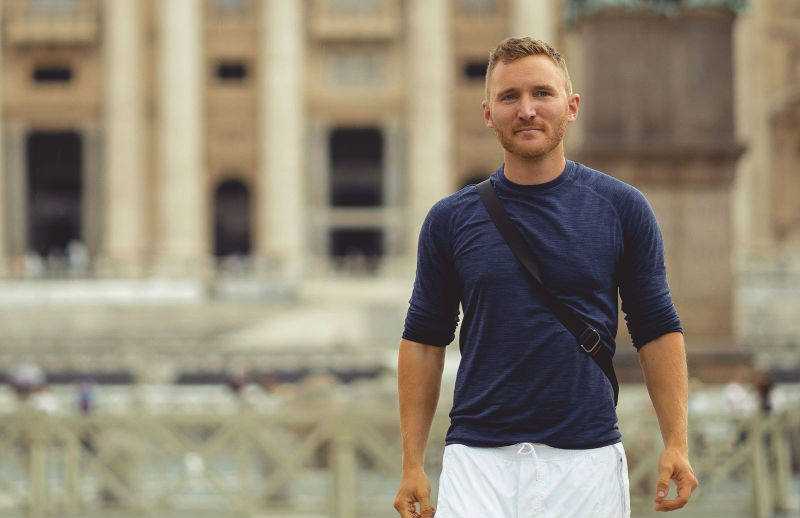 In June 2017 I bought a plane ticket to Europe to join 300 strangers who never met each other before. All we shared is the curiosity to learn from some of the best minds in the world and to build something beautiful together.

Now, you have to know that until this point, I never left the US before. But after 27 years in The States, I have collected 25 entry stamps in my passport in a single year.

I have about a hundred friends I keep in touch with around the globe and an overwhelming flow of new business opportunities.

And now I wonder, why did I wait for so long to take off?

But the thing is, I didn’t stay in the US because I wasn’t curious about the world. Travelling was simply not an option for me.

I grew up with my parents working in minimum wage jobs; one during the day and one during the night. This way, they could look after me and my brother without paying for daycare.

I was 7 when my parents got divorced and I had to move across the country with my family: my single dad, my brother, and me.

Without a proper home.

For years, we shared the same bed and we had little money to live on. My father couldn’t find a job. It was a race against time not knowing what would happen the next day.

So let’s just say that I got to know early what financial struggle means. I grew up with a really strange money mindset.

But interestingly, that financial struggle was the very thing that pushed me to be hungry to learn and to seek advice from people who were financially successful. From the ones who “made it”.

And by walking in their footsteps, year by year, I was slowly becoming like my mentors. I started to resemble the ones I admired before as I was building a successful business from scratch. 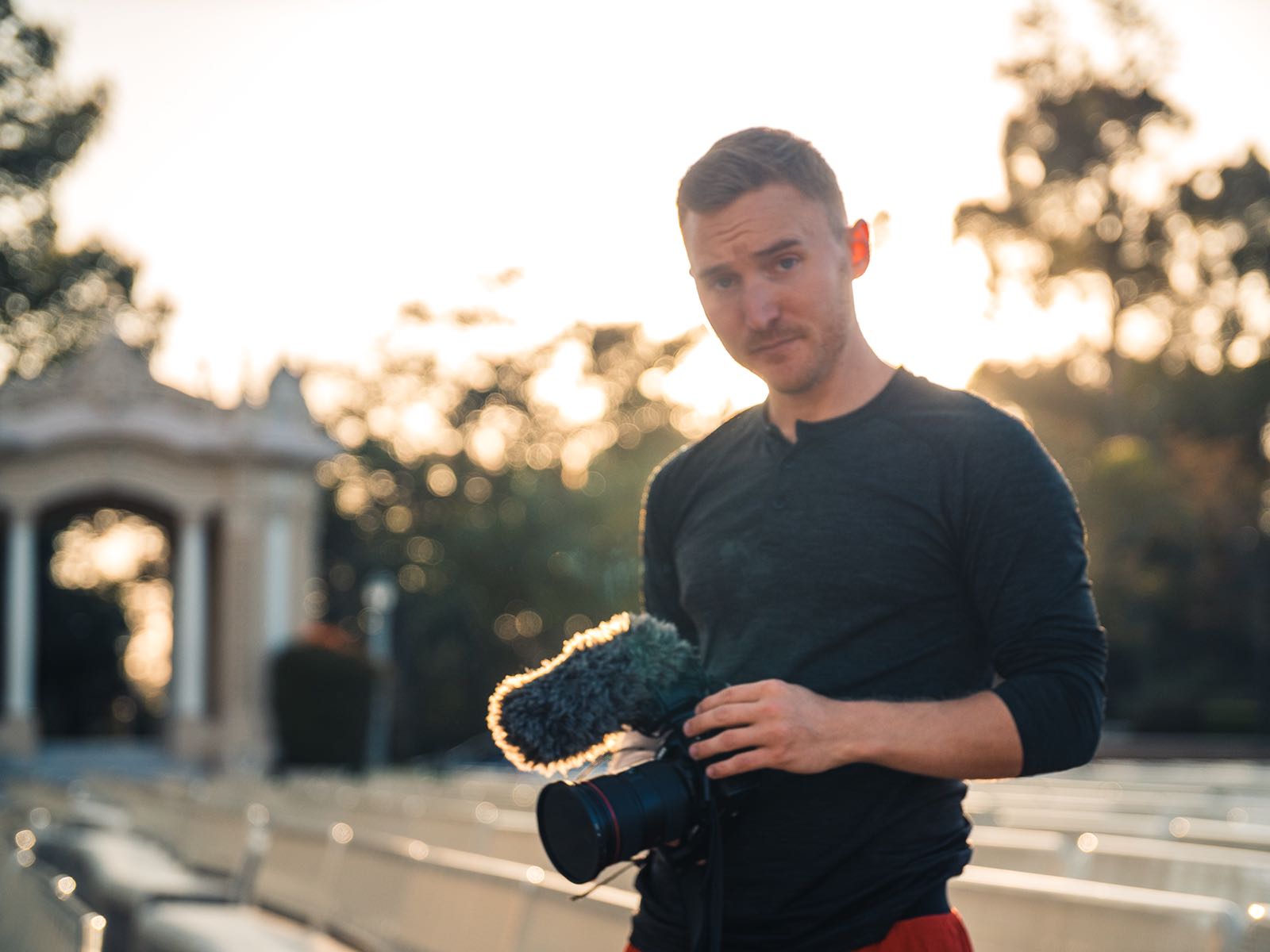 I looked back at myself and I saw how much I’ve grown as a person. I was living the kind of lifestyle I could’ve never afforded as a child.

But I felt something was missing.

I wanted to share my success with other people who have gone through a similar path. I wanted to connect with people who never settle for what they already know but always strive to become a better version of themselves.

I was looking for meaningful relationships and people who push me and propel me forward. And surprisingly, it was something even harder to find than ways to earn more money.

It became the one thing I was seeking for years.

People who have a passion for growth.

People who challenge me to become a better version of myself.

People I could create something remarkable with.

Every year, I’m trying to do something really massive to uproot my life and change it in a dramatic way — so I can upgrade without life forcing me to. Because it will if you don’t do it yourself.

And I wanted to meet people who think the same way.

I knew it was time to make that jump. I had to leave the comfortable bubble I built for myself and step out into the unknown again.

I just had to figure out what that jump would be.

Maybe travel somewhere further than Canada? I could take a trip to the Himalayas.

Or attend a major event that expands my perspective, let’s say, Singularity University?

Where can I learn, connect, and expand my vision at the same time, I was pondering. Where do I find the people who are crazy enough to think they can change the world?

Then I stumbled upon something interesting.

An experiment to completely revolutionize education. People of all ages and countries coming together to learn about the things school forgot to teach them.

A community of changemakers, visionaries, and personal growth junkies.

A campus in a beautiful far-away city every year. A university you never want to graduate from.

It was something I had never heard of before — which was enough reason for me to do it. I bought a ticket to Barcelona to attend Mindvalley University.

It was a month of total immersion with some of the most incredible people I have ever met. Eye-opening workshops with world-class experts, mastermind sessions, and lots of bonding.

It was what I was looking for. It changed my perspective on things.

So after that summer in Barcelona, I got rid of my stuff, put it in a storage and travelled to some 25 different countries. I made well over 4-500 international friends with whom I text often and keep in touch.

I get a message almost every day inviting me to a new exciting project coming up. I used to hustle to get new opportunities and now, strangely enough, I need to refuse to take up anything new.

I’m running two companies and a few passion projects on the side. I’m a filmmaker in LA, I teach videography, and I guess now I can call myself a world traveller.

I’ve been feeling this overwhelming abundance and joy all year and it’s really cool to see the amount of value I’ve been able to give and receive from these people from across the globe and the number of friends I’ve made.

This year, I’m going back to Mindvalley U as one of the teachers with a workshop on vlogging. It’s such a strange feeling, but I can’t wait to experience it again.

What made me attend Mindvalley U last year was that it’s an event where you can immerse yourself in a new culture, but at the same time, build deep connections with people.

Friendships and relationships that last.

It’s a place where you can learn, collaborate, and build something beautiful together. That’s exactly what happened last year and this year it’s going to go to a whole new level this year.

If you run a marathon of 26 miles and you convince yourself that it’s actually 40 miles then when you get to the finish line, you will feel that it’s not that bad, you could do some more. It’s all about perspective.

So if you only take one risk this year, if you only make one crazy decision to elevate your life in 2019, I hope you will join me at Mindvalley University this year.

What was the one thing that shaped the person you are today the most? Share it with us in a comment.