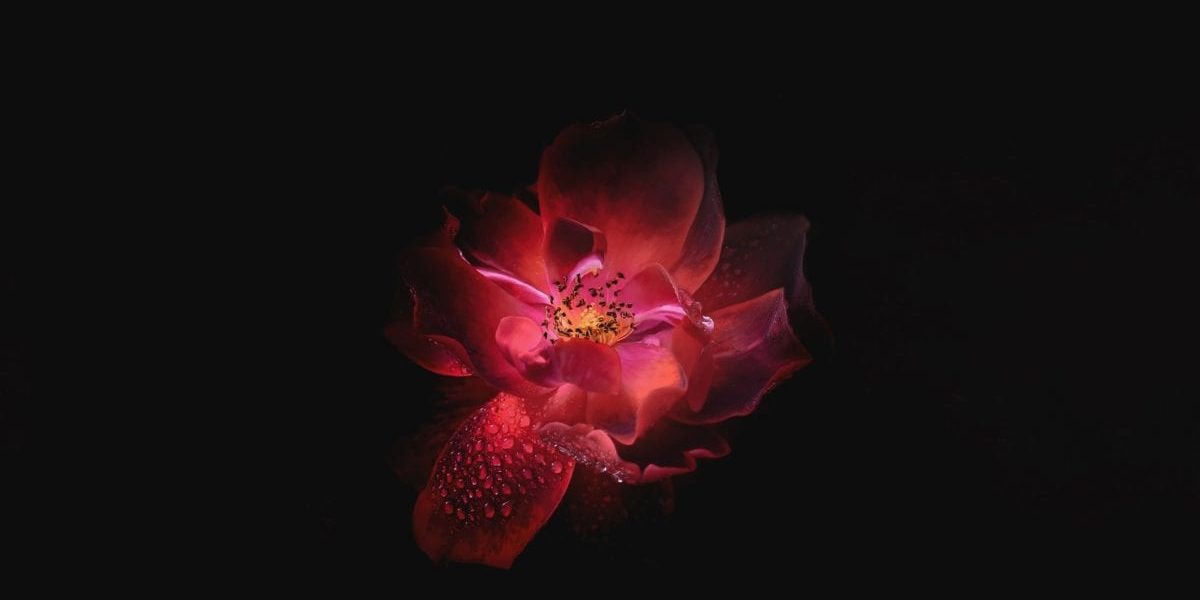 The root chakra is literally the foundation of the chakra system, as such its health and proper functions are an absolute prerequisite for living a balanced and fulfilling life. It is knows as the first chakra and is usually associated with the color red. As with the foundation of a building, this chakra anchors the higher chakras – and the human body – to the earth and the world around the individual.

The Sanskrit name for this chakra is Muladhara, a compound term formed out of the words “root” and “support”.

The Muladhara chakra governs a person’s relationship with both the basic physical necessities of life, such as food, water, and shelter and also the fundamental psychological factors required for mental health, like trust, acceptance, and comfort.

In the list of the seven primary chakras, the Muladhara chakra is always considered the first.

A damaged 1st chakra can cause a multitude of problems, making it difficult or impossible to find one’s proper place in the world.

Because it lies at the core of the entire tantric network, a root chakra that is either under or over-active can prevent a person from usefully healing the higher chakras. Thus a healthy, balanced Muladhara chakra should be considered an absolute prerequisite for general well being.

There are many ways to heal an imbalanced chakra. Below we will explore the importance of a balanced chakra and some useful methods to balance the chakra.

Why The Muladhara Chakra Must Be Balanced

The Muladhara chakra governs a person’s connection to the wider world. Because this chakra (like all of its brethren) is supremely sensitive, an individual may find that imbalances which complicate his or her present life were actually caused by stimuli reaching all the way back to early childhood.

Youthful episodes of insecurity or mistrust, for instance, can make it harder for people to experience the proper sense of connection that comes from a balanced root chakra.

When the first chakra falls out of balance, the consequences can be dire. Those who have under or over-active root chakras have difficulty connecting to the world around them and often end up facing it in a confrontational or adversarial way.

This can lead to a host of psychological problems, including depression, anxiety, and paranoia.

Physically, the Root Chakra is traditionally placed at the very base of the spine. This is one of the reasons why it’s strongly associated with the digestive tract. Imbalance in this chakra can cause urinary problems, bowel disorders, and a range of different muscular complaints in the hips and legs. 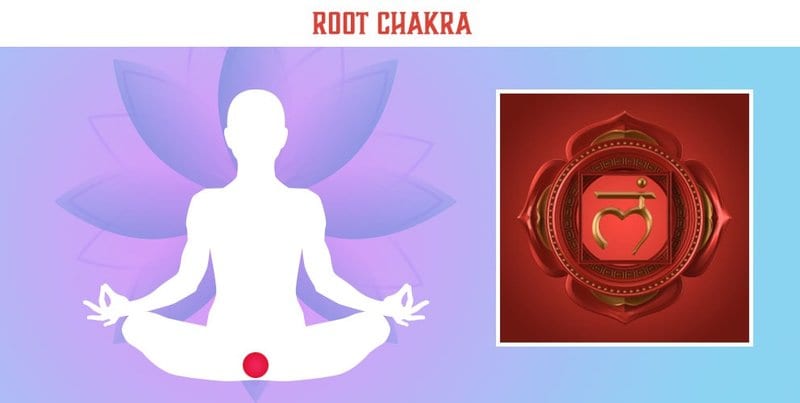 Signs Of An Over-Active 1st Chakra

Individuals who have a persistently over-active Muladhara chakra express their disconnection from the world through an attempt to overcompensate by dominating their surroundings.

Aggressive feelings and behavior are common, and they seek to find the security they crave by proving themselves to be superior to others. Materialism, impulsiveness, and harmful sexual promiscuity can all be tied to an over-active 1st chakra.

Signs Of An Under-Active 1st Chakra

An under-active or blocked 1st chakra causes problems in the ways people interact with their surroundings, but they tend to be the reverse of those caused by an over-active chakra. With an under-active 1st chakra, it can be difficult to feel any sense of connection between the individual and the world. Sufferers may even feel disconnected from their own bodies. When the Muladhara chakra is too tightly closed, it becomes difficult to summon the energy necessary to interact with the world and find the motivation to change it.

Meditation forms designed to heal and balance the 1st chakra are fundamental to all forms of tantric practice. Without balancing this foundational aspect of the spirit, one cannot make further progress towards health and well being.

Affirmations designed to reinforce the balanced Muladhara chakra tend to emphasize the individual’s connection with and rightful place in the world. The safety and security of one’s position need to be stressed. Affirmations for the root chakra might include statements like these:

Many different mantras, prayers, and songs have been composed to honor the root chakra and help in efforts to bring to balance to it. As with each of the primary chakras, the Muladhara chakra has a single syllable seed mantra which is broadly useful in meditation and other forms of healing practice. The seed mantra for the root chakra is LAM. This can be repeated vocally or subvocally while one meditates. 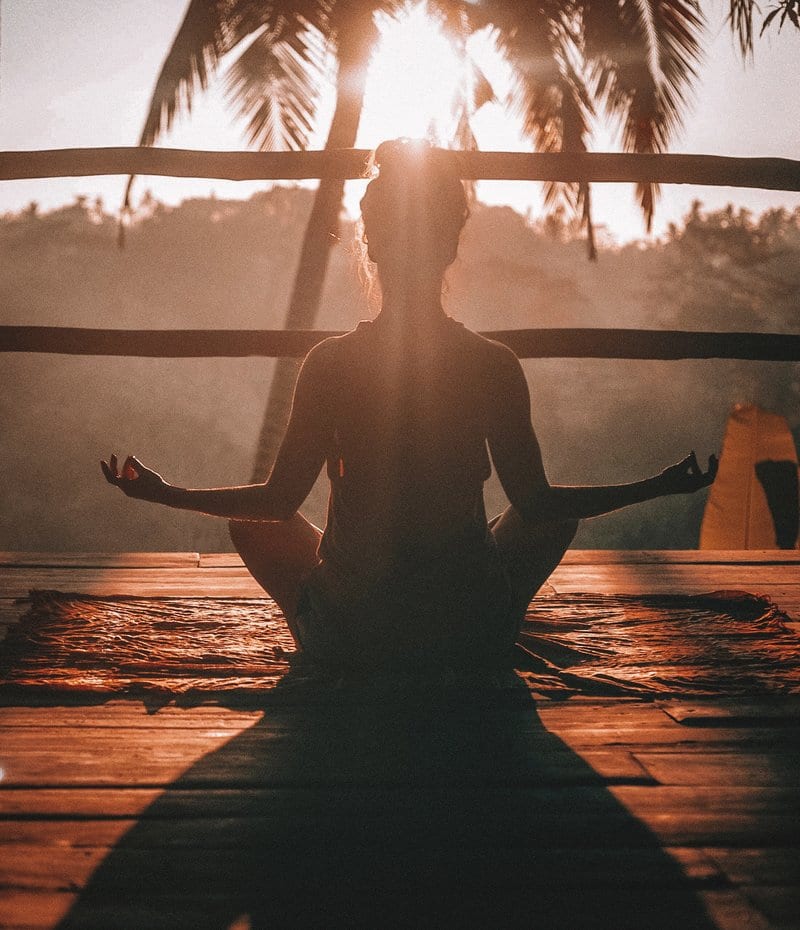 Although it is sometimes depicted in yellow in academic texts, the active color of the root chakra is red. As noted above, any energy visualized during root chakra meditation is usually perceived as red. People striving to improve the balance of the Muladhara chakra often wear red clothing, eat (healthy) red foods, and even paint the toenails red.

The red coloration associated with the root chakra extends to the gemstones chosen to represent it. Some of the strongest include garnet, bloodstone, black tourmaline, yellow topaz, and jasper. Crystals which have similar associations include azurite, obsidian, smoky quartz, carnelian, and citrine. The power of these stones is often invoked by placing them over the chakra during a healing massage

There are two primary mudras, or hand gestures, associated with the root chakra. The first of these is the one linked directly to it, the Muladhara mudra.

This is a two-handed gesture used during meditation. The pinky and ring fingers are laced in between each other and folded into the palms. The middle fingers are extended with the tips of the fingers touching.

The thumbs and ring fingers are then brought together in tip-touching rings, locked together so that the ring of each hand interlocks with the other. This mudra can be positioned with the middle fingers pointing either up or down (towards the chakra itself).

The alternate mudra for working on the root chakra is the Prithvi or “Earth” mudra. This gesture does not link the hands, although they both should be used to form the mudra.

The palm is pointed upwards and the ring finger is brought back to touch the tip of the outstretched thumb. The rest of the fingers are left relaxed. In seated meditation positions, many practitioners rest their knuckles on their knees and make the Prithvi mudra.

Achieve Perfect Balance In Life By Unblocking Your 7 Chakras

Ever felt you weren’t good enough?

Having trouble with your finances? Or maybe you feel like something’s off (but you don’t know what)?

These could be symptoms of a blocked chakra.

Blocked chakras create a lot of imbalance in our minds, bodies, and spirit. Consequently, all other aspects of our lives - like our finances, relationships, career, and health - also start to suffer.

Thankfully, we can unblock our chakras and restore the flow of celestial energy in our bodies.

Once our energies flow naturally, we’ll be able to break the cycle of pain, frustration and anxiety. We’ll start to lead a more balanced, whole, and fulfilled life.

So, if you want to learn how to unblock your chakras and bring balance into your life, then join this Free Masterclass with world-class Chakra Expert & Energy Healer, Anodea Judith

✅ The “architecture of your soul” through your seven chakras – and how each chakra impact key elements of your human experience (from your wealth, your love life, your ability to communicate, and more.)

✅ How to rapidly diagnose which of your chakras are open or closed so you can identify which area of your life to focus your attention to most.

✅ How to use the “2-Way Chakra Energy Current” so you can manifest your ideal life AND tap into a higher consciousness for inspiration – all at the same time.

Register Today And Discover The Art of Balancing Your 7 Chakras And Manifesting Your Ideal Life! 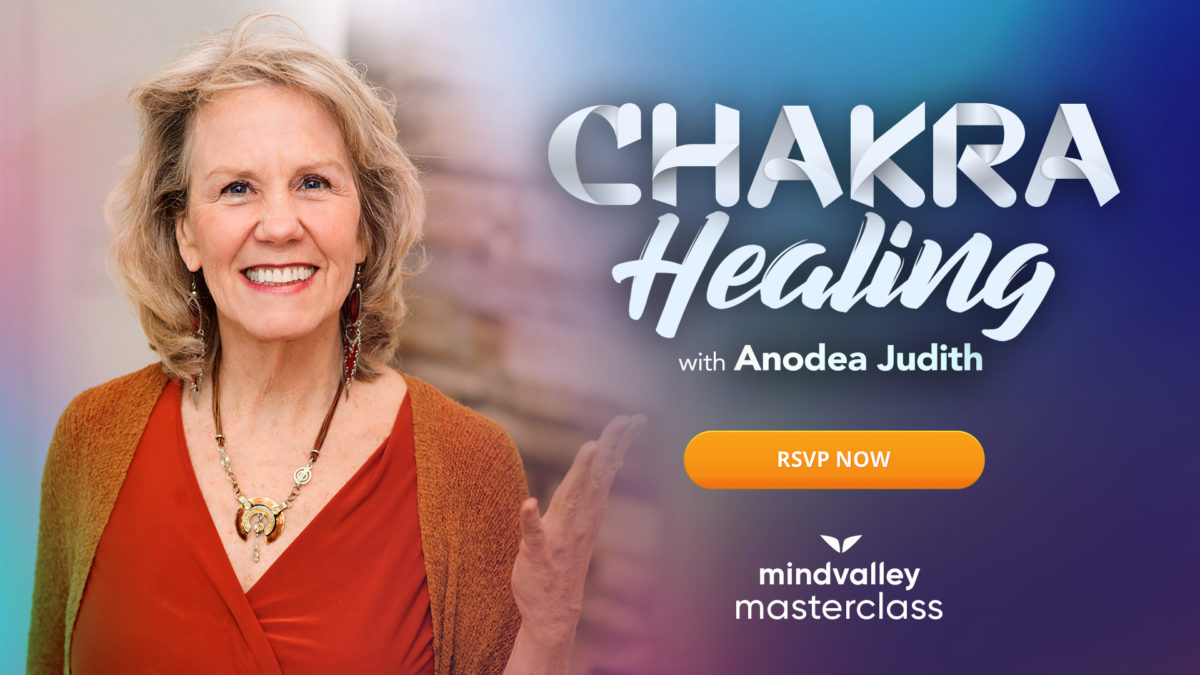