He changed the world, not just because he is the first black and biracial American president, but because he’s the first personal growth president we’ve ever had.

We are the ones we’ve been waiting for. We are the change that we seek.
— Barack Obama

In the last days of President Barack Obama’s two terms in office, we’re reminded of something about Obama that we really honor — and that’s his dedication to personal growth.

We decided to take a look back on his legacy as Commander-in-Chief and distill some of the fantastic personal growth wisdom he has shared over the years and the lessons we can all take to heart — regardless of our individual political beliefs.

These lessons in personal growth are universal for all of us.

And by this I mean that, whether or you agree or not with some of his political decisions, Obama helped America and the world make a lot of progress in areas related to our wellness, our mindset, our spirit and our connection to the environment.

You can look at Obama’s personal growth model as a president in three different areas:

Although we couldn’t cover everything he’s accomplished during his administration that relates to personal growth, below we list some of his most amazing accomplishments.

Advancing The Individual Self

Obama ran his presidential campaign on the promise of bringing hope and change to the world. But he first understood that we have to be the change that we want to see in the world.

He knew that the work of transformation needs to start from within — we can’t instantly change the things we don’t like about ourselves, but we can steadily progress in that direction by setting an example.

And he did set an example.

Both Barack Obama and Michelle Obama, though they overcame some difficult life circumstances, they were tenacious with their core value of being educated and achieved two of the most important global roles.

Obama continued his dedication to education in the White House. He created Race To The Top, devoting $100 billion of the Stimulus Package to education. In doing so, he helped save schools from massive budget cuts, retained and created jobs in education, and encouraged states to reform the school system.

Self-improvement through education is one of the best uses of our time and money — a core value that Mindvalley and other personal growth organizations share.

America is a country where obesity rates for both children and adults have grown significantly in the last decade. More than one-third of Americans are considered obese, and the annual cost of obesity-related health issues is over $190 billion dollars.

With these astounding numbers, Michelle Obama saw the need to invest in the health and fitness of both adults and children for a more sustainable and healthy future.

Of course, obesity is not just an American epidemic.

The annual global cost of obesity is now to $2 trillion dollars — more than the combined cost of war, terrorism and armed violence. And by 2030, it’s expected that half of the world will be overweight or obese.

Clearly, the First Lady was right when she said, “We need to do a better job of putting ourselves higher on our own ‘to-do’ list.”

So Michelle Obama created and became the key spokesman for the Let’s Move!Campaign — a program to encourage kids to be physically active — and mandated school lunches to meet higher nutritional and health standards. Because of this law, schools have doubled the amount of fruits and vegetables to serve students.

But we have to admit. What we loved most about Obama is that even despite the tough workload of being the leader of the free world, he found time to stay in shape.

Here we know that personal growth means not just looking after ourselves, but seeing that we have a deeper connection with our planet and doing our best to improve the planet.

The earth is our only home, and our home is sacred. Once we start on our journey to personal transformation, we start to understand that we can’t talk about our own well-being without talking about the well-being of the earth.

Obama recognized the dangers of carbon dioxide because we know that air pollution causes cancer, stroke, respiratory disease, and heart disease. Not to mention climate change. He also rejected the construction of the Keystone Pipeline, which threatened to pollute the drinking water of the Sioux tribe (water pollution that can lead to Malaria, Cholera, Typhoid and other dangerous diseases).

And in his last year in office, Obama signed the historic Paris Climate Agreement to limit climate change and dedicated 553 million acres of land for conservation purposes.

Obama made significant strides to achieving the equality and fairness that the American constitution promises.

The first bill Obama signed was the Lilly Ledbetter Fair Pay Act, which protects women against gender-based discrimination by requiring women to be paid equally for equal work.

His administration repealed the “Don’t Ask, Don’t Tell” ban on gay and lesbian service members. Both of the Supreme Court Justices that he appointed voted to legalize marriage equality for all citizens.

While the Affordable Care Act is controversial, it is also one of the biggest achievements of his legacy. An estimated 20 million Americans gained coverage, which means that now, for the first time in history, more than 9 out of 10 Americans have health insurance.

Additionally, the act protects 129 million Americans who have a preexisting condition and allows children to stay on their parents’ plan until they turn 26. 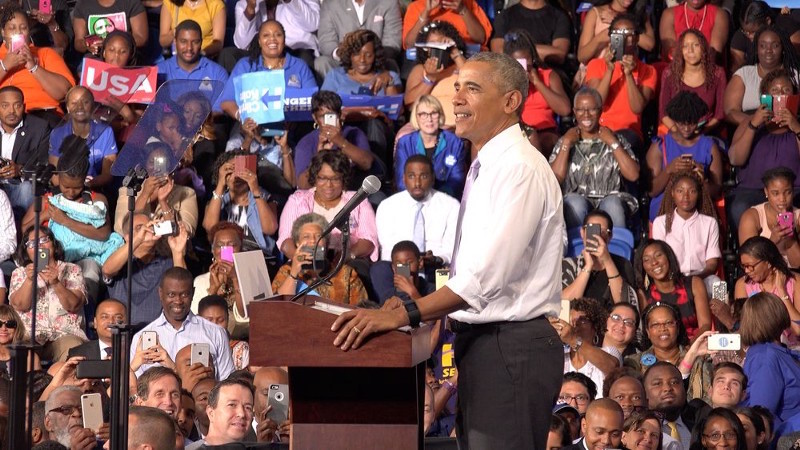 And lets not forget the Marriage Equality Act which for the first time allowed all LGBT people in America the right to marry the person they love. It’s estimated that between 1,500 to 8,000 gay or lesbian teens in America commit suicide each year.

The reason? Feelings of shame or guilt imposed on them by others. In America alone, by the most conservative estimates, the number of young people we lose to suicide due to LGBT-shame amounts to a Sep 11 type massacre EVERY 2 YEARS.

The Marriage Equality Act was not just about human rights. It helped thousands of people who were made to feel unwelcome and “different,” suddenly know that they are ok, wonderful and normal — as they are.

As Obama said, “Every young person — no matter who they are or what they they look like or what gender they identify as — deserves to be valued and loved for who they are.” 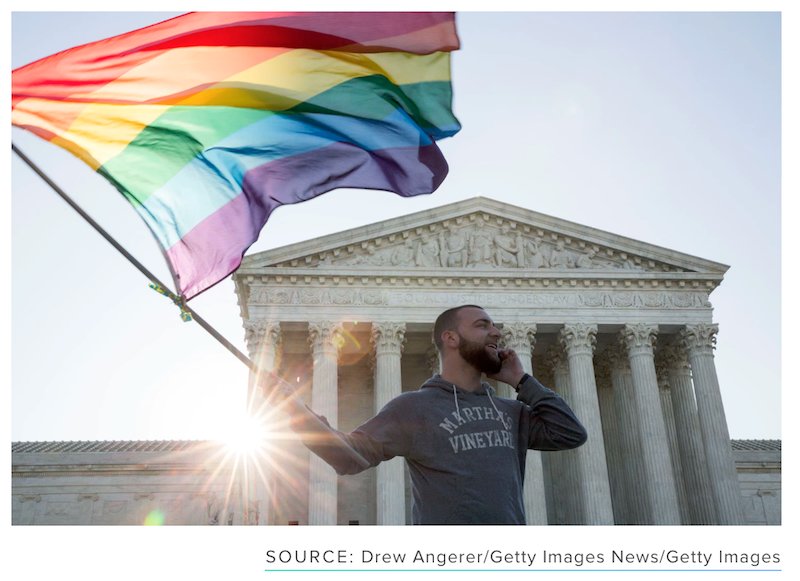 Forgiveness is absolute necessary for both personal health and growth.

When we forgive ourselves and others, we live longer, happier, and healthier lives.

And when we forgive as a country, we can start to move forward and think about real solutions to difficult problems. In this case, Obama pardoned and commuted over 1000 prisoners, which is a small but significant step to addressing the highest incarceration rates in the world (the U.S.).

Obama also restored relations with Cuba after 56 years of conflict and bad blood. His new mandate lifts the economic embargo on Cuba and calls for positive engagement with the Cuban government and public. The reconciliation between the U.S. and Cuba was so successful that it is now practically irreversible.

At Mindvalley, we’ve been big proponents of what we call “World-Centrism.”

World-centrism means that while we can appreciate our own culture and our own nations, we can see an affinity towards the entire human race.

Obama lent a hand to nations all around the world, from sending greetings to Iranduring their holidays, to reopening relations between the U.S. and Cuba. America’s global image, as a result, has greatly improved. During his Presidency, respect for the USA soared globally. 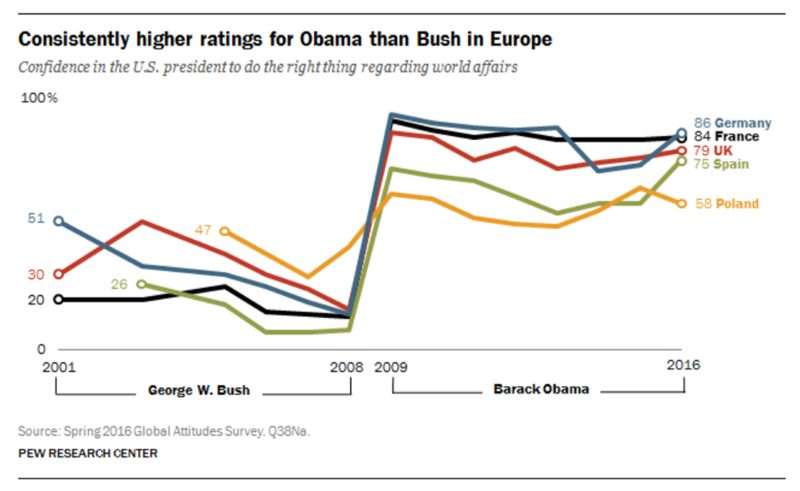 But his biggest gift to the world, was his loyalty to our planet.

This loan helped create the world’s first sustainable electric car company and became one of Obama’s greatest accomplishments —  and Musk even repaid the loan in 2012. While entrepreneurs idolize Elon Musk, let’s remember Obama’s support of Musk made Tesla possible.

Beyond his single achievements in these three general areas of achievements, Obama’s unceasing optimism in his and his fellow countrymen and country womens’ ability to change the world is the core value of personal growth.

The amount of progress that we can make is ultimately determined by the amount of effort that we put in. We have to be optimistic instead of fearful, because in order for us to be willing to put in that effort, we need to believe that we’re able to accomplish what we want to accomplish.

That’s why the final words he said in his Farewell Address are also the most important words anyone can say: “Yes, we can.”

What do you think Obama’s legacy is? How has the personal growth president impacted your life? Share your opinions in the comments below.