When I started my company, I didn’t realize it at the time, but I was unconsciously infusing my values into the business.

Values are beliefs. Some stupid. Some sane. Some best left unsaid — and we sometimes don’t actually fully grasp the values we’re carrying with us. But like the unconscious strokes of an artist’s brush, they color and shade everything we bring into this world.

So without realizing, I ‘flavoured’ my business with certain values that came from painful moments in my past.

But today I know that making that decision was the right one.

Because the funny thing about values is that the BEST values often come from pain.

Your values became the healing you want to give to the world because of past pain.

My first core value was sparked by a horrible incident in 2003.

Just imagine, for a minute, being forced to leave the country you love because you were put on a watchlist based on a bullsh*t idea that, because of your place of birth, you were somehow a potentially dangerous immigrant.

But that was the situation I was placed in in 2003 while living in America. I don’t blame anyone…it was the years following September 11th. And this was part of global politics. But boy was it painful… 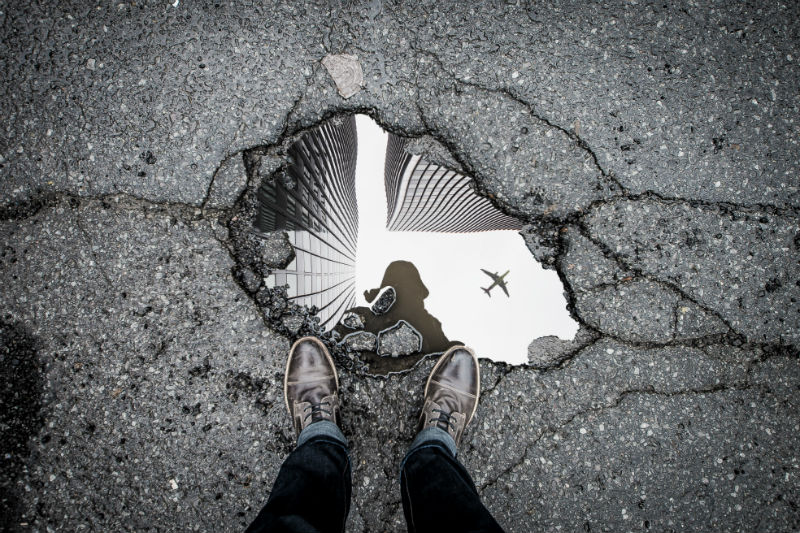 I had lived in America for a decade and it was a place I had called home. My wife from Estonia and I lived in New York. We were newly married and I’d been living in the United States for 9 straight years. This was our home and I wanted my son born as an American.

But then – one day in 2003 arriving at JFK airport I was taken into a special room and told that I could no longer travel as freely. I had been added to an early version of the same Muslim-watchlist that Trump has been recently pushing for.

See, because I happened to be an immigrant from a Muslim-dominant country (Malaysia), I, alongside 80,000 other men, weren’t afforded the same freedom of movement as everyone else. I could not longer board flights or get off a plane without enduring 2 to 3 hrs in interviews in tiny rooms at the limited airports I was allowed to fly from.

Worse, I was expected to report to the government every 28 days. Interrogated for hours, get my picture taken, and have my credit card purchases scrutinized. Sometimes after waiting in line for up to 4 hours. And I had to repeat this. Every. Four. Weeks.

The funny thing was that I was not even a Muslim. Nor should that even matter.

Waiting 4 hours in the cold New York weather every 28 days just to be subjected to a really degrading process was something I could only tolerate for so long.

And I had enough.

I was deeply saddened that I had to leave America this way, but I felt I didn’t really have a choice but to relocate Mindvalley to Malaysia.

In the end, in 2008 the then-new President Obama ruled the whole dumb process unconstitutional and this Bush-era regulation was tossed into the garbage bin.

I was finally free to travel.

But this pain served me. It set me up for the value of UNITY.

Unity is the idea that we align not with our country, our flag, our religion, or our ethnicity first — but that we align first and foremost with humanity as a whole.

My kids are half-Indian and half-white. You know what that means? It means they look middle eastern. I don’t want MY children, Hayden and Eve ever ending up on some stupid “watchlist” because fact-challenge old men with racist tendencies think something like a Muslim-ban is somehow a good idea.

So, I made it my mission to bring humanity together.

And the result was the value of Unity in everything we do at Mindvalley.

For example, our events typically welcome people from 40 different countries.

Our team of 300 people now come from 49 countries.

And we make effort to represent the under-represented. Mindvalley University, for example, had 55% women speakers. Our courses feature people of all ethnicities and sexual orientations.

And we actively stand up for pro-Unity politics.

Unity was a value that made me who I am.

I was once on the popular talk show “Impact Theory” and the host Tom Bilyeu asked me.

“Are you an entrepreneur or a philosopher?”

I replied that I think the label ‘entrepreneur’ is pointless. Anyone can be an entrepreneur.

“What defines a person”, I said, “is not the label – but what they stand for.”

I could lose my business. I guess that happens to many people. But it won’t make me lose my identity.

But if I lost my stand. And my stand is Unity. I would not be Vishen Lakhiani. Everything I do, including Mindvalley, is designed to bring unity to the human race.

That’s how deeply entrenched unity is in my DNA.

And you can see how PAIN – can lead to the strongest values.

Now it’s not typically just one value that defines you.

The second value that became part of my being is TRANSFORMATION — The continuous pursuit of personal growth.

It shouldn’t be much of a surprise that this is on my list of values.

After all, Mindvalley is a transformational education company.

Lastly, my third value is ENVISIONING — the continuous dreaming and building of a better future.

But these 3 values — unity, transformation and envisioning — radiate in everyone at Mindvalley today.

Such as one of my teams in the picture below:

First, Unity — In this pic alone, there are more than 10 different countries represented.

But “unity” not only means the diversity in our team. It’s how the team operates.

When we put on our events globally, we seek to optimize for diversity, and at a typical Mindvalley event, you’d meet people from 40 different countries.

And we also try to extend this diversity to gender as well.

For example, at the most recent Mindvalley University, 55% of all teachers were women.

Second, Transformation — Everyone embraces personal growth. They work out, meditate, do yoga. (Which is perhaps why everyone is so radiant.)

Thirdly, Envisioning — Everyone is working on crazy bold projects. Like Mindvalley University where thousands of our students move to a city for an entire month to learn from each other and 100s of teachers.

Mindvalley is Mindvalley….because we live by these three core values.

And now my question to you is two-fold.

In summary, your pain often becomes your values.

And your values become your mission for the world.

Which means your pain, if you take the time to unravel it, is often a GIFT to you and the world.

So first, what values do you live by?

And second, how are you making these values your GIFT to the planet?

Looking forward to hearing your answers, leave a comment below!

Vishen’s work in personal growth also extends to the public sector, as a speaker and activist working to evolve the core systems that influence our lives - including education, work culture, politics, and wellbeing.