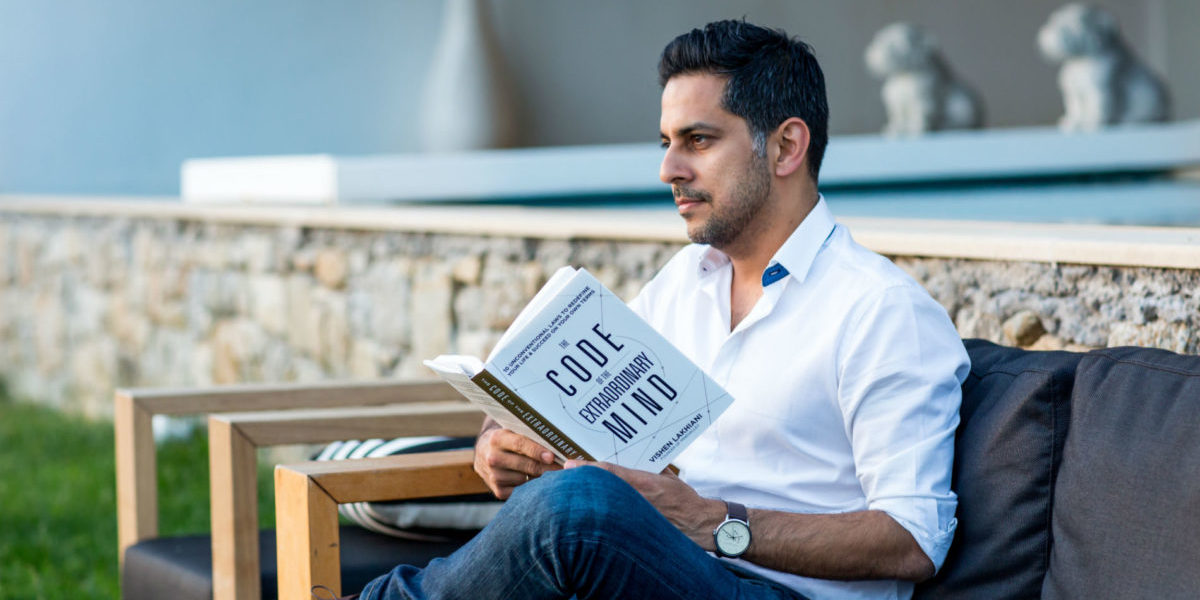 The most extraordinary people in the world today do not have a career or a business. What they have are mission-driven careers.

It was 1998. And it should have been one of the proudest moments of my life.

There I was, in the home of one of the most influential men in the world – Bill Gates. I was the latest batch of successful candidates who had just passed the infamous Microsoft interview. An opportunity afforded to only the top 1% of computer engineering students in America.

On that beautiful summer day in Seattle, I stood in the lawn of Bill Gates’ gorgeous home on the waterfront of Lake Washington.

I remember seeing Bill getting mobbed, 3-people deep, by my fellow peers trying to shake his hand or share a few insights on their new job at Microsoft. It was beautiful to see Bill so receptive, attentive and present for all of us. Surely this would be a moment that I’d cherish for many years to come. After all, as a kid who grew up in Malaysia, the idea of being invited to Bill Gates’ home seemed like a far-fetched dream.

For my teachers who taught me, and for my family who had supported me, this was the epitome of being a success.

All those hours of study and hard work boiled down to this very moment.

I finally made it.

I got that job at Microsoft. And in the 1990s, Microsoft was the equivalent of Apple or Google today. The dream job for any smart engineer.

But it was also during that same moment I knew I had to quit.

So I did not go up to Bill. I felt ashamed. I hated my job. I could not bear to think of more months in my private office at Microsoft’s campus, plugging away with coding. I was uninspired. And bored.

I had spent years studying computer engineering, but it was a subject I had no passion for. I had worked hard to pass that Microsoft interview, but it was for a job I felt miserable doing. In my mind, there was only one option for me.

But rather than sending in my resignation letter (I didn’t have the guts), I decided to screw up just enough to get myself fired. And that was how I ended my 11-week stint at Microsoft.

Now, what exactly happened? And how did I end up in a place that made me so miserable? I worked 5 long years studying to be an engineer. But it wasn’t my passion.

I did it for others. Not for myself.

And by then, you should be set for life. I followed this path.

But is this really a path to greatness… Or a path to mediocrity?

Is getting a “career” nothing more than just another “Brule” (Bullshit rule)?

For many of us, our careers make us miserable. Over 50% of Americans dislike their jobs. But how do we end up here in the first place?

Take, for example, the situation of lawyers in America. Studies show that 50% of lawyers are clinically depressed. Yet, despite this bleak outlook, the coveted Law Degree is something many young students often look to pursue.

Because society is telling us that it’s the highest paying degree. It demands respect. It’s a mark of “success.”

But far too many of us wake up at the age of 40 one day, wondering what happened to their lives because we were forced to pick a career before they could legally buy a beer.

So if a career is a means goal, what is the end goal?

I believe the end goal should be:

If you choose a job based on the old advice of earning a decent salary or getting a title, you are not going to be guaranteed happiness.

But if you pick a job that speaks to your soul, one that makes you feel like you’re contributing to a bigger cause and helping push forward the human race, EVERY DAY will be exciting.

And the idea of “work” will not be the same for you. Work, instead, will be something that gives you meaning, helps you grow and helps you contribute.

This, I believe, is a far healthier way to forge your path.

A few years ago, I spoke at a conference in New Delhi, India, and I met a man from the United Nations who had started the famous United Nations My World Survey. After surveying over 8 million people worldwide, they discovered that the number one thing that people wanted in the world was a good education. This was followed by better health care. And followed by better job opportunities.

Here is an extract from their survey.

When you look at the sort of statistics above, it’s clear that there is so much in the world that we can fix. And this is a great place to look for your “mission.”

My friend Martin Rutte, taught me to ask a specific question. It’s a question that helps you find your mission.

“What is Your Vision of Heaven on Earth?”

It might even be creating a small service that helps the people in your immediate community.

Now here’s the part where a lot of people get the wrong message.

To fulfill a mission or purpose, you do NOT need to be an entrepreneur. So many people get trapped in the idea that being an entrepreneur is a necessity to create meaningful change in the world.

The problem is, so many people trade in their usual 9-5 jobs for the “freedom” that comes with being an entrepreneur. Yet, those same people end up in a situation where they (ironically) have to work way more than if they just worked for a company.

Just like having a “career,” becoming an “entrepreneur” is NOT the end goal.

It’s just a means goal to fulfilling the end goal – Your “mission.”

Some of the most extraordinary people in the world are not focused on having a career. Nor are they particularly focused on becoming an entrepreneur. That’s not important to them. What is important is focusing their efforts towards solving tremendous problems in the world. And whatever path that will get them in the zone of solving that problem, is the path they will pursue – relentlessly.

So regardless of whether you choose to launch a start-up or join a company, there are a few things you need to recognize:

Instead, think of a problem that you’re inspired to tackle.

A problem that helps you move one step closer to creating your vision of “Heaven on Earth.”

And then seek to start a business that solves this problem OR join a company or startup that is working on this problem.

This is a much surer path to happiness, meaning and “success.”

At this point, let me offer some advice for those of you looking to start a business or join a company.

Starting a company is already hard.
But you can minimize the odds of failure.

Let’s say that you decided you wanted to build an app that recommends healthier dishes when you visit particular restaurants. It’s a noble goal. But if your goal is to purely make a successful app, you run the risk of feeling like you have failed if the app does not take off as you hoped.

But if you have a mission, and it’s something greater like “spreading healthier eating habits,” then you’re no longer confined to just one idea. You now have numerous avenues that can help you achieve your mission. It could be building an app. It could be writing a cookbook. It could be opening a restaurant.

Fail at one angle. No worries. Pivot and try another angle. Your North Star, after all, is the mission. And there are bound to be numerous amazing ways to pursue that mission.

This is why many of the most extraordinary entrepreneurs on the planet today are obsessed with a mission. Take Elon Musk for example and his mission to make man an interplanetary species. 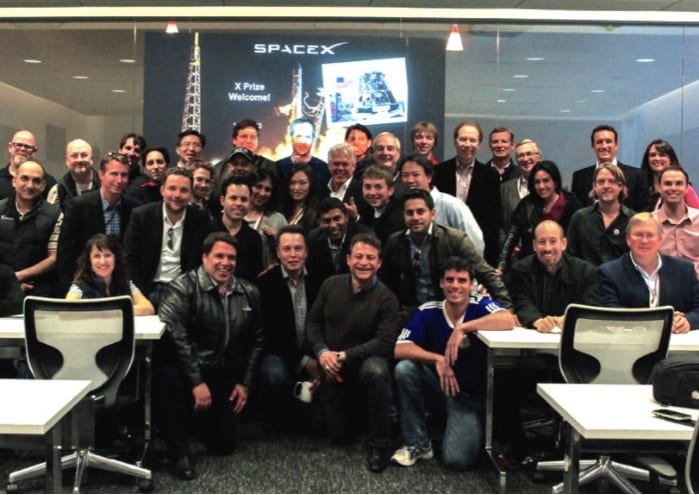 When you make “mission” your end goal, instead of a career or entrepreneurship, you not only become more resilient to failure, but you also open up many more possibilities to find meaning, fulfillment, and passion in your life.

Not all companies are equal.

Humanity-Plus companies are companies working on solutions or products that push the human race forward.

Humanity-Minus companies are companies that are increasing shareholder value or making a profit BUT with an expensive social or environmental cost. Worse, some are based solely on artificially created demand. This means products serve no value but are made to seem a necessity due to powerful advertising.

Humanity-Minus companies are companies that mine fossil fuels for energy. It may be necessary now, but it’s definitely not the future.

Humanity-Plus companies, on the other hand, focus their efforts on clean, renewable energy sources, like solar energy. Tesla is a great example.

Would you rather join a company that markets drinks with high fructose corn syrup as “happiness in a can”?

Or would you rather join a company that promotes healthy eating and living?

The world has enough Humanity-Minus companies.

The world’s smartest people – who are mission-oriented – should be starting, or joining Humanity-Plus companies.

Is your company Humanity –  or  Humanity +

And being part of a company that helps you fulfill your mission has another distinct advantage.

Don’t follow the herd and became another person who goes to work every day with a job that dampens your soul and makes you watch the clock.

Either way, starting a company or joining one, when you make Alignment with Your Mission a priority, you find greater meaning in your life. You stop thinking of the day-to-day slog as “work” and allow yourself to create and perform your best work.