We’ve all experienced the pain of rejection.

In the video above, she shares 5 simple steps for dealing with rejection.

As social beings, this feeling of ostracization can really sting. It could be a sly comment from a coworker or an outright mean accusation from a friend or family member. Whatever the situation, it’s never enjoyable to be on the receiving end of dismissive comments and criticism.

But according to celebrity hypnotherapist Marisa Peer, there are five simple yet effective ways to make yourself immune to criticism and rejection, which you can apply in your everyday life — starting today.

How To Make Yourself Immune To Criticism

From small remarks by a stranger on social media to dismissive comments from a trusted family member or friend, rejection can have a huge impact on how we feel.

But here’s a huge secret: you can choose not to let rejection in.

And, quite frankly, if you want to achieve something huge, make something new, or be someone great, it’s necessary to figure out how to deal with rejection. Criticism comes with the territory. The more you shine, the more criticism you’ll receive.

Yes, research shows that we feel social pain in the same brain region where we feel physical pain. We can feel destabilized, angry, sad, or indignant when rejection occurs. But those feelings are often self-inflicted.

According to Marisa Peer, our brains are wired to the negative, which is why we have a tendency to remember and focus on the things that went wrong. We can have a great day, but we’ll remember that one thoughtless comment about our work, our looks, our energy. That’s what sticks.

You’re not alone. Marisa has worked with celebrities, CEOs, and international political leaders. Even the world’s most successful people still struggle to deal with rejection (sometimes the most).

Still, you can make yourself immune to criticism. As hard as it is to believe, it’s actually quite easy to not let rejection in.

You can choose what to let in.

You can enjoy the empowering beliefs, habits, and thought patterns of super achievers. And you can free yourself from the fear of rejection and the sabotaging nature of self-doubt.

Marisa has worked with Hollywood A-listers, CEOs, and even members of the British Royal Family. She has helped thousands of people to successfully reprogram their beliefs and the way they see the world.

Before Tatler Magazine voted her UK’s No. 1 Therapist, she was once told that she would never be anything more than a nanny. They told her she wasn’t smart enough, confident enough, or talented enough.

She didn’t let that rejection stick. Now, she’s helped over 100,000 Mindvalley members melt away their fears, anxieties, and addictions. She helped them embed the mindset of success.

Marisa’s simple techniques to deal with rejection ensure that you can deal with whatever comes your way — because you won’t let it become a part of your reality.

How will you react the next time someone criticizes you?

In this Masterclass, you will:

✅ Experience a 20-minute Rapid Transformational Therapy session with Marisa Peer – designed to make you recognise your personal negative beliefs and how to eliminate them.

✅ Expand your Life Vision and stop settling. Marisa explains how to lead an uncompromised life — a life where you enjoy success, abundance, and freedom, simply by going through a series of powerful transformations.

✅ Experience the results immediately. Marisa will help you shift your beliefs instantly, which you’ll notice the moment you wake up the next day!

Register Today And Learn How To Develop Invulnerable Self-Confidence And Lead An Uncompromising Life! 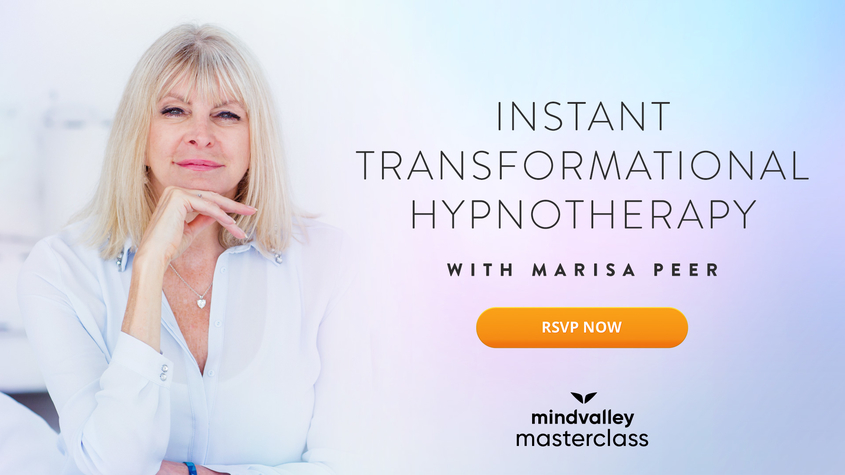