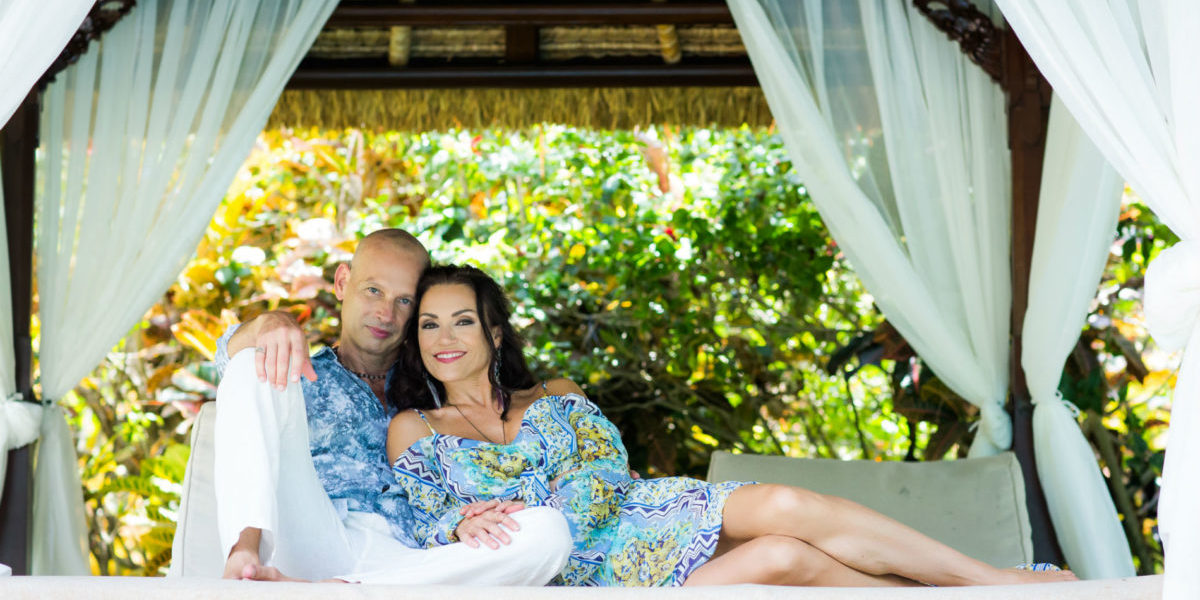 Jon and Missy Butcher never imagined being the creators of a transformational life development tool. Personal growth authors? That never sat on their vision wall.

All they knew is that they refuse to live their lives defined by the current “rules” of society or listen to just about anyone who tries to tell them what they should do.

Thirty years ago they got married and they gave a vow to each other: We are going to live the most extraordinary life we can imagine together and we’ll do whatever it takes to make it a reality.

But as we know, life is not always a fairytale and every hero’s journey leads through the road of trials. Five years later Jon experienced a debilitating anxiety disorder.

“I was shut down. I was literally housebound for two months with agoraphobia. It was horrible. It was a nervous breakdown completely.” — he said to me as his face turned into pain from the memory.

It wasn’t just a test for him and their relationship. It was a test for their life vision.

Missy was supporting him every step of the way.

She reached out to Nathaniel Branden who was the world’s leading expert on self-esteem at the time. She knew his work really well and she was confident that he would be the one who will speak life into Jon.

His mentorship led them to create a consciously crafted plan for their future. They divided their lives into 12 categories aspiring to turn each area into a masterpiece. It was their first ever Lifebook.

It didn’t just help them overcome adversity. It worked out so well that their friends started asking them how they could achieve what they did.

Their marriage remained a passionate love affair. Their businesses were booming. They were filled with vitality and traveled the entire world with their kids. Everyone they met was dying to know the answer.

How is this possible?

So they invited their friends over for a long weekend, grabbed some markers and a whiteboard, and explained step by step how they created the system that turned their life around.

For 15 years, Lifebook was their secret and they wanted to keep it that way. They never wanted to open up their lives to the public and stand on a stage. They were private people.

But as they saw the magic unfold in their friends’ lives as well, they realized they could not take this gift to the grave with themselves. That’s when their mission became crystal clear.

“Our purpose is to create the highest possible quality of life that we can for ourselves and for the people we love and help others around us do the same. That’s what we’re here for. That’s what Lifebook does.”

But they weren’t ready for this bold mission until they built a solid foundation for it: Their relationship.

Commitment For This Lifetime — Or Any Others

When I asked Jon what made him the person he is today, Missy said, “Well, that’s easy. It’s me.” she laughed.

But Jon made it clear that she’s not kidding. He said, “Our relationship made us more than we made this relationship. We didn’t start out as two fully functional, formed people the way we are now. We were very different 30 years ago.”

They were all in from day one and they made a commitment that they weren’t going to live like everybody else, period.

We’re gonna build the most extraordinary life together that we can. And we’re never gonna look back.

As they looked around themselves, they didn’t like what they saw. Most couples gained a pound every year, they gave up on their endeavors, and spent most of their waking hours on things that didn’t make them fulfilled.

Missy and Jon were not willing to go down that road. They had, as they call it, a respectful disregard for the way other people chose to live their life.

And if you think about it, what’s the most common reason marriages end? That it “didn’t work out”.

As Jon says, 90% of the problems in a relationship come up because they’re not on the same page in one or more areas of their lives.

She’s a spender and he’s a saver. He’s a disciplinarian and she’s lenient with the kids. But these are differences every couple has. There’s no perfect match.

So what’s the secret to these two people sitting in front of me after 30 years of marriage, radiant and full of life, and looking at each other like teenagers at their first crush?

“Lifebook has helped us stay on the same page in our relationship. It’s helped us put together our habits around our love relationship. How we’re spending time together, how we’re communicating.” Missy said to me.

It wasn’t easy for them either. But they were sticking to a structure to work through all the issues.

“We know exactly how we want to treat each other, how we expect to be treated, how we want to parent our children, what kind of physical shape we want to be in, and how much money we want to make together. It’s all in our Lifebook.” Jon said as he took her hand in his.

This was the most important lesson Missy grew up with. “They drilled that down into my soul,” she said as she remembered her greatest role models, her parents. And it’s the same principle that gave birth to Lifebook.

“We don’t talk about this much because it’s not…” Jon pondered, while Missy finished her sentence: “It’s not sexy.”

They explained to me that Lifebook is about bringing consciousness into your life. Paying attention to what’s going on, figuring out what it is that you want out of life, and what exactly you need to do to get it. Taking responsibility for yourself, realizing that you are the primary creative force behind your own existence.

“You are at the center of it all,” said Jon. “It’s up to you to make your life great. There’s no shortcut, there’s no knight in shining armor that’s gonna come to your rescue.”

Missy nodded and she added, “I don’t think people realize that whether they consciously choose to do things or not, they are creating their life. They’re signing on their life, whether they’re making the decisions or they allow the decisions of others to happen to them.”

If everybody in the world brought more consciousness to their life and took more responsibility for themselves, we would have one hell of a good world to be living in.

This is what drives Jon and Missy. They have come a long way crafting their dream life, they had many ups and downs; now they are ready to dedicate the rest of their life to helping a million people do the same.

“We believe that a million people with a Lifebook would change the world. A million conscious, self-responsible people making their own lives as great as they can possibly make them and helping the people around them to make the world a better place, that would change the planet.” said Jon with conviction.

Ready Or Not: The World Is Shifting

Missy and Jon have spent an immense amount of time educating themselves about the world through history and science, travelling across the globe, and studying books from the world’s greatest thinkers. It was one of the principles they designed their life around.

Seeing the bigger picture has made it clear to them: They have no time to waste.

Today, we have more information in our pockets than Albert Einstein had in his entire lifetime. But the same technology can increase our life quality or make us distracted and dependent. We can use it for good or we can use it for ill.

Jon explained to me that with the current pace of nanotechnology, biotechnology, and artificial intelligence, the human race is going to experience a transformation that nobody can comprehend right now.

A few versions ahead in virtual reality, it’s going to be a different dimension for humanity and we’re profoundly unprepared for what’s going to happen.

He pulled his phone out of his pocket and said to me, “The internet made us more connected but it also caused our ideas to be bashing into each other.”

“It was never possible before for a Christian in America to speak to a Muslim in Kabul or a Hindu in Calcutta. Technology solved most of our problems but we’ve replaced them with a bunch of made-up ones. We’ve invented a hundred different ways to hate each other.”

Lifebook is not only about pursuing our biggest dreams and fulfilling our heart’s desire. It is a tool that can help people become more centered, complete human beings with a strong awareness of themselves. Ones that have compassion towards others.

Jon put it this way: “Our job is to reach as many people as possible, as quickly as possible, and spread some love and consciousness in this world before the singularity comes because it’s coming. And it’s coming fast.”

This is what Jon and Missy want to see in the world. Going across this threshold as one human race, holding hands together.

“We’re doing our best to prepare people by helping them develop a life vision for themselves, take responsibility for their lives, and help people around them do the same.” Missy said to me.

The world might feel chaotic right now because the broken systems started to disintegrate. That’s always uncomfortable. But I believe if we come together as one, we can build a new world.

I saw a spark in her eyes as she told me this and it made me believe that it’s really possible. If we can craft our world on our own terms, if we can bring awareness into our relationships with others and make our worlds collide, we can build a better future for ourselves, our loved ones, and the next generation.

And I have trust in that Missy and Jon will lead the way.

What kind of life do you dream for yourself? Inspire our community and share it with us in a comment!