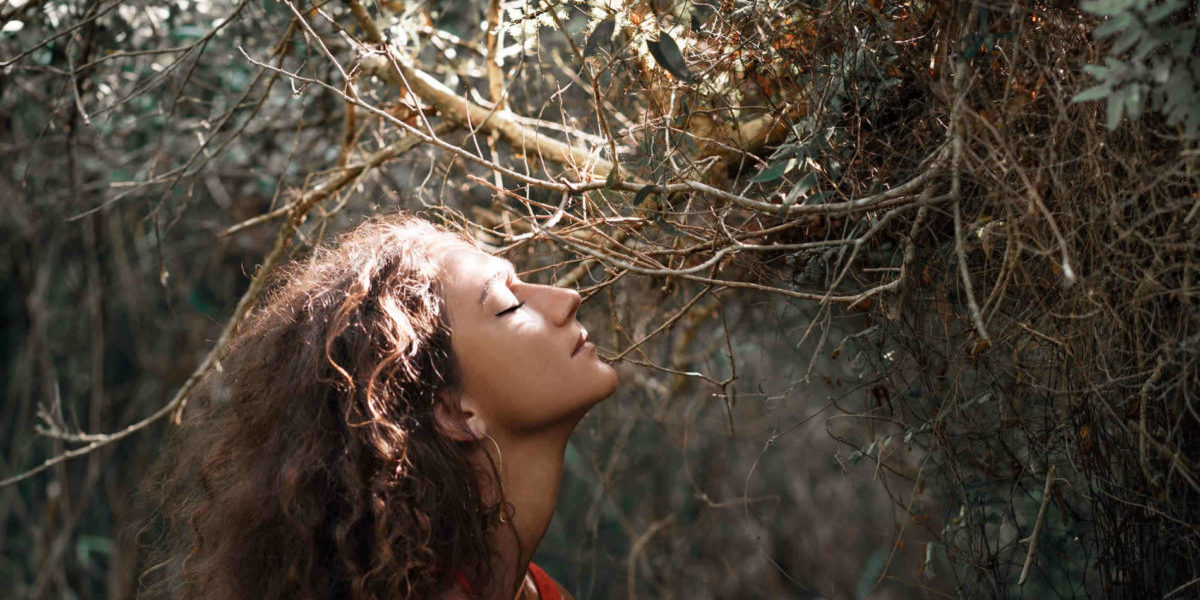 “The intuitive mind is a sacred gift and the rational mind is a faithful servant. We have created a society that honors the servant and has forgotten the gift.”

Intuition… You have it and you can learn how to use it.

Intuition is “the ability to understand something immediately, without the need for conscious reasoning” and refers to communication or perception by means outside the normal five senses.

Intuition was once dismissed as superstition, but its existence has been repeatedly verified by numerous scientists and researchers in leading universities around the world.

Intuition, is a common faculty we all possess. Some people simply use it better than others.

A scientist by the name of Dr. J. B. Rhine conducted the first scientific experiments on intuition in the 1930s and 40s at Duke University. (If you remember that hit 80’s movie ‘Ghostbusters’, the card experiment done by Bill Murray’s character at the start of the movie is based on Dr. Rhine’s now famous experiment.)

Dr. Rhine had people attempt to guess which of five symbols would be on a playing card facing away from them. The odds of guessing correctly are one in five or 20%.

But Dr. Rhine found that many people had accuracy rates far beyond this. Far beyond.

In some experiments, the odds in favor of intuition were 22 billion to one. This proved that something was occurring that allowed people to guess which cards were being picked, and this guessing was correct to a remarkable degree. The laws of probability were being violated.

His experiments also showed that distance, space and time played no significant effect on the success of the phenomenon. A highly trained subject in France could guess the outcome of a card drawn in the U.S. just as well when she was across the Atlantic Ocean, as when she was sitting directly opposite the person drawing the cards.

Furthermore, the subject could guess the outcome of a card drawn a year into the future—again with the same degree of accuracy.

Dr. Rhine’s experiments sent shock-waves across academia as other scientists raced to confirm them. His book, Extra-Sensory Perception after 60 years, became required reading for the introductory psychology class at Harvard. His experiments were repeated around the world 309 times involving 50,000+ people and 2 million sessions—proving without a doubt that intuition is real.

Or at least that something significant is going on that we can’t explain. 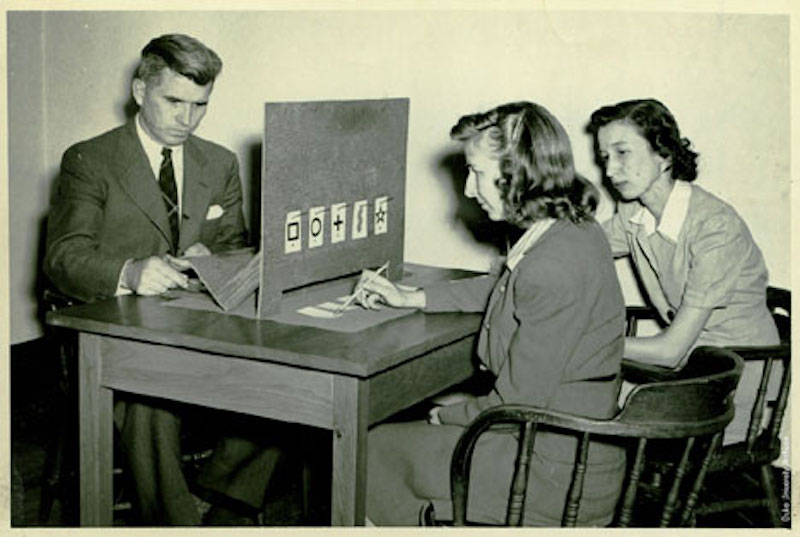 The Growing Acceptance Of Intuition

In the early part of the 20th century Einstein said:

“The intuitive mind is a sacred gift and the rational mind is a faithful servant. We have created a society that honors the servant and has forgotten the gift.”

Today, with the jump in empirical scientific evidence and first-hand human experiences, belief in human intuition is rapidly rising.

The 1990 Gallup public opinion poll found that 93% of Americans polled believed in one or more of 18 paranormal phenomena, including intuition, mental healing, telepathy and clairvoyance.

So if you believe in human intuition – you’re not alone. Some interesting data from Gallup’s study:

The 1990 Gallup Poll also asked Americans if they had had first-hand experience with paranormal phenomena. The results were surprising.

25% of Americans claim to have experienced telepathy. 25% claim success with mental healing.

More and more people are not only believing in intuition and mental healing but are also experiencing and using it.

The most recent Gallup Poll released June 2005, showed that extra sensory perception and intuitive abilities was the most popular belief at 41%.

“Sure,” say the skeptics, “the majority of Americans may believe in intuition but this is usually the less educated majority. Educated people can’t be taking this seriously, right?”

Studies have shown that as education increases, belief in intuition also increases.

The May 2001 Gallup Poll discovered that “Americans with the highest levels of education are more likely to believe in the power of the mind to heal the body.” The same is true for intuition and telepathy.

One major study done in 1977 found a positive correlation between intelligence and paranormal belief—the more intelligent you were, the more you believe in a world beyond the five senses.

Another 1984 study with a sample of high school students found higher grade point averages correlated positively with belief in the intuitive phenomenon.

Finally, a 1989 CBS television poll done in conjunction with 48 hours uncovered that 75% of persons with a college degree believed in paranormal phenomena, while only 36% of people with less than a high school degree believed in these phenomena. In short, as education increased, so did belief.

If you believe in intuition—congratulations.

The majority of educated Americans now share your belief.

Scientific research on intuition is still in its infancy. But the evidence being produced is highly compelling.

These are summaries of some recent discoveries…

1. Everyone has intuition to some degree.

In the 1960s, Dr. Montague Ullman, founder of the Dream Laboratory at the Maimonides Medical Center in Brooklyn, New York and professor emeritus of clinical psychiatry at the Albert Einstein College of Medicine in New York conducted a series of experiments that provided strong empirical evidence that everyone possesses psychic ability.

In Dr. Ullman’s study volunteers who claimed to possess no psychic ability were asked to sleep in a room in the lab while a person in another room concentrated on a randomly selected painting and tried to get the volunteer to dream of the image it contained. Sometimes the results were inconclusive. But other times the volunteers had dreams that were clearly and strikingly influenced by the paintings.

2. The greater your belief—the stronger your intuitive ability.

Dr. G. R. Schmeidler of the Harvard Psychological Clinic went on to show that telepathy was not only real but was strongly affected by a person’s belief in his or her own telepathic abilities. He also performed experiments that proved that telepathic power exists in everyone.

3. The mind can influence matter at any distance.

In the 1980s and 1990s, Dr. Robert G. Jahn and Dr. Brenda J. Dunne of the Princeton Engineering Anomalies Research Laboratory, showed that some humans possess telekinetic power and various forms of telepathy and that these are both distance and time independent.

Dr. Jahn is Professor of Aerospace science and dean emeritus of the School of Engineering and Applied Science at Princeton (1994). Dr. Dunne is the manager of the Princeton Engineering Anomalies Research Laboratory (P.E.A.R). Their book Margins of Reality: The Role of Consciousness in the Physical World will make even the strongest skeptic think twice.

4. The evidence for intuition is very strong.

More recently, Professor Robert Morris and Dr. Caroline Watt of the Koestler Institute at Edinburgh University conducted experiments where over 100 subjects in a locked room were asked to pick out which of four pictures were “beamed” to them by a subject in another room. Success rates were 50%, twice the 25% that pure statistical results should have produced. The odds of this occurring are approximately 1 in 14 million.

These results are 35,000 times more significant than the level of evidence governments demand from pharmaceutical companies before a new drug is let out on the market. 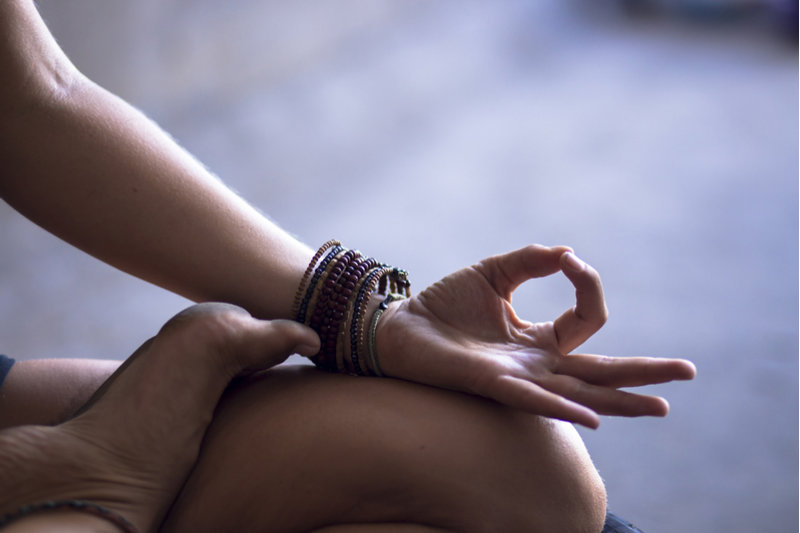 A Word Of Caution

When it comes to believing in intuition, people tend to fall into four different groups. Which one are you?

The first group is the disbeliever. They simply refuse to believe in any phenomenon that cannot be explained by Newtonian physics. No amount of scientific evidence will convince them otherwise.

The second is the skeptic. This is someone who does not believe in intuition because it goes against his knowledge of science. However, the skeptic is open-minded and when given strong scientific evidence they would be willing to admit that intuition does exist. A skeptic would cast aside testimonial evidence but will give strong consideration to the results of scientific research.

Third the cautious believer. This person trusts that intuition exists but will not believe every claim they read about. They demand scientific proof or testimonial evidence*. A cautious believer would find this series of lessons interesting because it is backed up with scientific evidence and references to respected outside sources.

The fourth group, the true believer strongly believes in intuition and is likely to also believe anything they read or hear. If you are one, we encourage you to exercise caution. Not everyone who claims to have intuition has it to an extent strong enough to charge you money for.

Phone psychics are almost all phonies. And very few street psychics are actually worth paying for. When it comes to a little-understood phenomenon, such as intuition, it is better to be a cautious believer or a skeptic rather than a true believer.

Do We Know How It Works?

A number of theories have been but put forth on how intuition works but these are still nothing more than theories. Today, it is generally accepted that intuition does exist and everyone has it, but science has yet to identify how or why it works.

Think of the sun. For thousands of years, we have used the energy of the sun for light and heat. Yet, nobody knew what the sun really was. It was only in the last 100 years that humankind was able to understand that the sun is large star made up of hydrogen and helium atoms going through a thermo-nuclear reaction.

It’s the same with intuition—we do not yet know how it works or why. But we do know that it is real. Once you learn to use it,  you can create many positive and beneficial effects in your life.

“There are no unnatural or supernatural phenomena, only very large gaps in our knowledge of what is natural. We should strive to fill those gaps of ignorance.” ~ Edgar Mitchell, Apollo 14 Astronaut,Founder, Institute of Noetic Science

The growing body of evidence for intuition and other unusual phenomena is being noticed by businesses and governments. 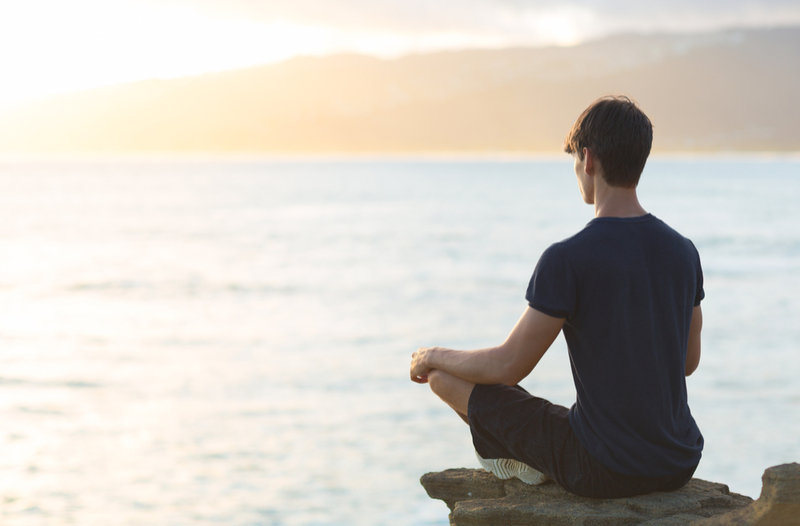 These are 2 techniques to help you slowly grow your intuition.

Intuition is a natural ability that is heightened when you are in a state of meditation. One simple technique to use your intuition is to go to a meditative level of mind and ask yourself a question.

Let images appear in your mind. Do not analyze what you see. Simply describe what you see mentally to yourself. Focus on describing rather than analyzing. As soon as you start analyzing what you see you allow your left brain to hijack the process.

We want to stress that it takes a lot of practice to develop your intuition. If you are unable to get results with the technique described above, don’t worry. You can still develop your ability by attending a seminar.

Another technique is called “dream-logging.”

Louisa Rhine, the wife of Dr. J. B. Rhine conducted an experiment on intuition of her own while her husband was testing intuitive ability empirically in a lab. Louisa asked people to write to her about their first-hand experiences with intuition and she received almost 14,000 letters. She found that 60% of the people who wrote to her claimed that their intuitive experience came to them while dreaming.

You might be experiencing intuitive dreams too. But you usually forget your dreams.

“Dream-logging” is simple. Simply keep a pad and pencil by your bedside and write down your dreams in the morning when you wake up or in the middle of the night if you suddenly wake up during a dream.

With practice, anyone can develop and enhance their intuition. This ability, like sports or musical talent, is something that anyone can train themselves to be good at.

These two practices when done on a regular basis

Sources for this article:

How has your intuition helped you in your life?