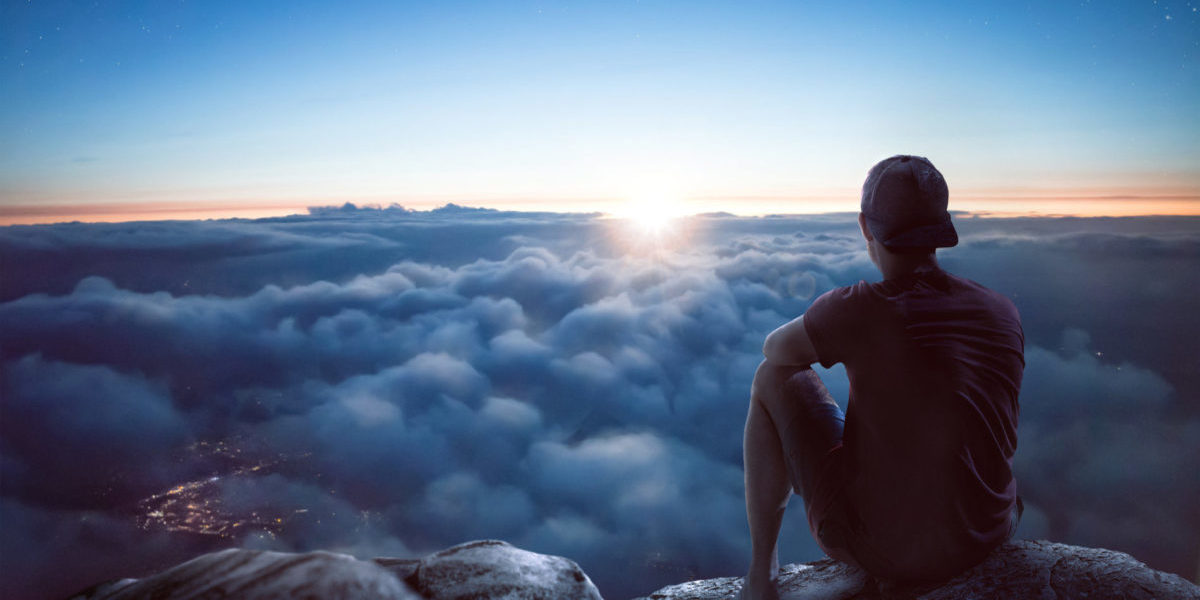 Have you ever found yourself pondering the big questions in life?

“Why are we here? What does it mean to be human? What purpose does our existence serve?”

It’s actually one of the rarer forms of intelligence. But like any skill, you can learn to develop it.

Here’s how to know whether you possess existential intelligence — and how you can use it to your advantage in your daily life.

What Is Gardner’s Multiple Intelligence?

Existential intelligence was first recognized by development psychologist, Howard Gardner. In his 1983 book, Theory of Multiple Intelligences, he discussed the nine types of intelligence humans can possess.

Gardner knew that using classic IQ tests to measure intelligence just wasn’t cutting it. He recognized that cognitive ability is multi-faceted. And his theory of multiple intelligence is now recognized today the world over.

What Is Existential Intelligence?

People with existential intelligence are abstract, philosophical thinkers. They have the ability to use meta-cognition to explore the unknown. They thrive on intellectual debate and aren’t afraid to challenge the norm.

They’re curious about the big questions, but don’t always seek a concrete answer. For existential thinkers, simply participating in an engaging discussion is fuel enough for their metaphysical ambitions.

What does existential strength mean?

Those with an existential strength are often described as old souls or cosmic citizens. You might have met an old soul or two in your life — perhaps you’re an old soul yourself!

What’s most interesting about those with this skill is that they’re often quite aware of their existential intelligence. In fact, it comes as little surprise when someone suggests they’re an old soul or philosophical thinker.

Perhaps that’s part of the power of this type of intelligence? It is a deep and comprehensive understanding not just of the universe, but of the self.

How To Exercise Your Existential Intelligence?

So, the question is: do you have existential intelligence? The neat thing about Gardner’s theory of multiple intelligence is that there’s no right or wrong answer.

Everyone possesses all forms of intelligence. It’s really all a question of what you choose to work on.

We all have natural predispositions toward different forms of intelligence. But we can choose what we want to focus on and develop further.

Here are a few ways to exercise your existential intelligence in your daily life:

The best thing about developing existential strength? You’re bound to learn plenty — not just about the universe at large, but about yourself, too.

Boost Your Intelligence In 60 Minutes

Now you’re more aware of Existential Intelligence and the Theory of Multiple Intelligences…how about giving them all a boost?

It’s all well and good to be conscious of the way intelligence works, but in order to keep yours sharp, open and expansive, it’s important to tend to your brain health and your learning practice.

That’s why we hooked up with globally celebrated brain expert, Jim Kwik to bring you his FREE Superbrain Masterclass to totally boost your brainpower, learn any skill faster, retain more, forget less, and tend to your brain health.

‘Everyone has a Superbrain’, Jim says, ‘– it’s just a matter of tapping into its power’.

Join over 2.5 MILLION students who have successfully completed this Masterclass and discovered Jim’s 10 Brain Hacks by clicking below. It’s completely free of charge for everyone, and we hope to see you there.