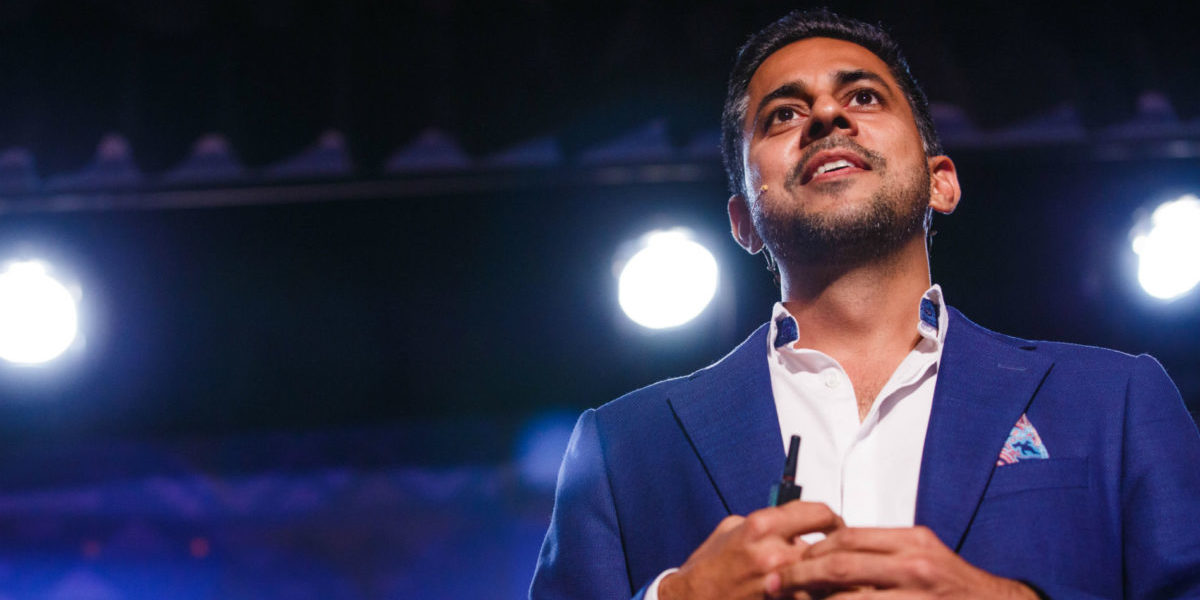 Those were the words that he told me as he walked away.

It felt like I just got sucker-punched in the gut.

See, what happened was, I was at a Silicon Valley networking conference on a massive cruise ship just off the coast of Florida.

While watching one of the many performances, I turned to this nice looking guy beside me leaning over the railing next to me.

I asked him, “So, what brings you here?”

He told me that he had just sold his company for $200 million, and he was now looking for other opportunities in life. Turned out that he was a famous Silicon Valley veteran.

He asked me in return what I did.

So, I told him about a little experiment I had hatched a couple months before.

Basically, I decided to start my own conference where I’d gather several hundred entrepreneurs passionate about personal growth together on a paradise island to bond, connect, and learn from the world’s greatest teachers.

That’s when he turned to me.

Looked me square in the eyes.

And said those words that stung…

He walked away quickly after.

I’ll be honest, at that instant, I began to doubt myself.

The first A-Fest had already happened a few months before. 250 attendees joined us (”us” being me and my only team member, Miriam Gubovic) in Costa Rica. We were a small 2-person operation running A-Fest with just a team of volunteers.

We were pretty proud of what we had achieved.

But… were we just a fluke?

A dumb idea that just happened to succeed through dumb luck?

I’m sure you’ve gone through something similar in the past. We all have. We have what we truly believe to be a great idea only for others to shoot it down in an instant.

It sucks even more when you start doubting yourself.

But what can you do about it?

Well, here’s what I usually do…

I try to go within.

I pay close attention to how my body and my soul feels about the idea.

I actually got this concept from a talking pig.

Remember the movie “Babe?” It was a charming Disney-esque flick about a pig who talks and decides to run in a sheepdog competition.

There’s a wonderful quote in this movie that I always go back to whenever I feel even the tiniest sense of self-doubt creep in.

Little ideas that tickle and nag and refuse to go away should never be ignored, for in them lie the seeds of destiny.

(And they say watching TV is a waste of time.)

I knew this idea of a transformational festival I called A-Fest was one of those little ideas.

It had tickled. It had nagged. And it certainly refused to go away.

This gave me that little push I needed to keep pursuing it despite what this man, who was clearly very successful in Silicon Valley, had said about it.

I decided to forge ahead and conduct our second A-Fest.

The team then grew. So, we conducted a third. Then a fourth. A fifth.

And next year, we’re about to celebrate the 10th Anniversary of A-Fest in Jordan.

Here are some of the best moments from our previous A-Fests.

A-Fest then became the launchpad for another bigger and more ambitious event, the month-long Mindvalley University, which is also growing by leaps and bounds. And better yet, these programs change thousands of lives.

Not too bad for something dubbed “the stupidest idea ever”.

Of course, this journey was NOT easy.

We had a lot of ups…  and just as many downs. And there were certainly times where I felt like I just wanted to give it up altogether.

But, through a process of methodically testing assumptions, building the right team, experimenting, innovating, and listening to our Tribe members, we turned A-Fest into something that sells out every year.

So, if you find your ideas are getting shot down, don’t get discouraged.

It’s really not about the ‘merit’ of the idea.

It’s about what you’re going to do WITH that idea. And how you execute and pick yourself up from failure.

While it’s true that some of your newest ideas may seem to ‘suck’ at first.

I’ve lost count of the number of iterations we made to A-Fest. But if I had to guess, we’re looking at well over a hundred permutations of the original idea.

So, stay with your little “seeds of destiny” — especially if they continue to tickle and nag, and refuse to go away.

Ignore the naysayers and just carry on working on the idea until things begin to click.

If I gave up all those years ago, there’d be no A-Fest.

There’d be no Mindvalley University.

And we’d be a very, very different company.

That’s me with Miriam at one of our Mindvalley University events. The latest permutation of that same “stupidest idea”. But now it’s become a full-fledged global business. 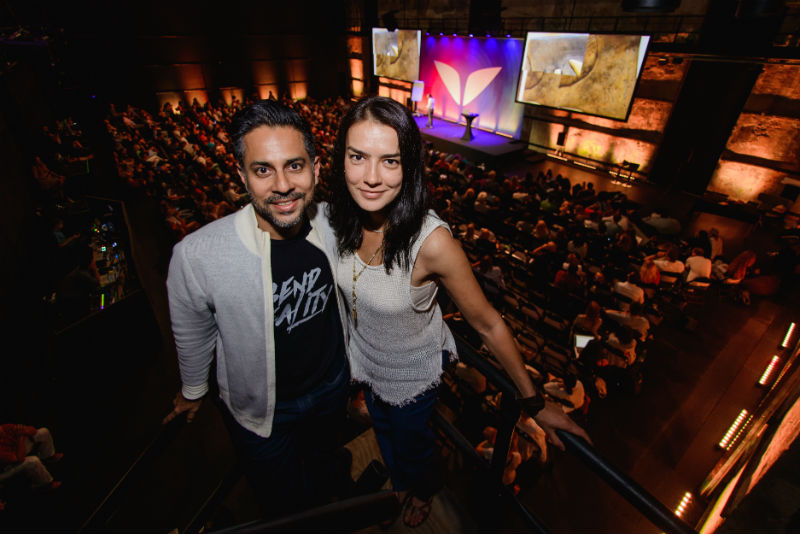 So don’t give up on your dreams. No matter what the naysayers say.

Which is why I’d love for you to be a part of the next A-Fest in Jordan next year.

Like its predecessors, it’s going to have the best teachers, a wonderful community, the craziest parties, but most of all…

I’m excited to show you what happens when you work on a ‘stupid’ idea with love and dedication for over 10 years – the result is pretty spectacular.

What’s your stupidest idea ever? Be bold. Share it in the comments below.