Have you ever wanted to learn new ways of enhancing your mind, body, and performance from the world’s best teachers in personal growth? Say goodbye to resistance and open your life to becoming a top performer of excellence.

We’ve received several questions from our community about Hero. Genius. Legend Quest with Robin Sharma. Watch the video or read on to learn more about this transformative program.

Who is Robin Sharma?

Robin Sharma is one of the world’s Top 5 premier speakers on Leadership and Personal Mastery. He is the author of the international best-selling titles, The Monk Who Sold His Ferrari and The Leader Who Had No Title.

He’s also known for his work with coaching athletes, celebrities, and other world figures such as Richard Branson, Bill Clinton, and Shaquille O’Neal. And now, he’s offering the secret recipe for becoming a top performer in your field with his Hero. Genius. Legend Quest.

In the video, Vishen Lakhiani explains why associating a college degree with success is nonsense, why behavioral psychology is key to habit formation, and how you can become a legend in your field. He talks about:

When you watch the video above, you’ll get an idea of this transformational program and learn how the principles of the 60-minute student, the 5 AM club, and the traffic university can enhance your performance at work and in life.

Why is the Hero. Genius. Legend Quest 66 days?

The Hero. Genius. Legend Quest is 66 days because it teaches Habit Installation. On average, it takes approximately 2 months for new habits to set in.

Can I Become a Genius?

Yes, absolutely. We are talking about geniuses, in terms of people who are everyday heroes. Heroes live their day-to-day lives in how they come across to the world. They could be entrepreneurs, artists, office workers, teachers, or anyone who exudes excellence in what they do. This could be you.

In Hero. Genius. Legend, Robin explores what geniuses do on a daily basis and how you can adapt these habits to become a top performer. After all, there’s a reason 81% of top performers have a to-do list and 88% of them read at least 30 minutes every day.

Why Should I Take Hero. Genius. Legend?

The Quest taught by Robin Sharma is for anyone who wants to perform at the best of their ability. Imagine investing the next 66 days exclusively on yourself and removing barriers in your life, while adapting new habits that will make you more successful in whatever you do.

It’s just not for entrepreneurs and business executives, you should take this Quest because you are bettering yourself for the future. The main thing that determines your success is how you install these powerful habits taught in the Hero. Genius. Legend Quest.

How Much Time Should I Commit?

This Quest takes it design from behavioral psychology. The goal is to train your brain to adapt to new habits in 66 days. You don’t have to wake up at 5 am to take this class. You can do it at your convenience every day — during a lunch break or as you drink your coffee in the morning. All it requires is 20-30 minutes a day, and everybody should be able to commit to that.

Think of it this way: the next 66 days is paving the way for the rest of your life. Train your brain to get rid of that voice of resistance that tries to stop you from doing things. The more you quiet that voice, the more you can start functioning at the top of your game.

What’s your number one reason for enhancing your performance?

Share it with our community by posting your comments below.

Equip Yourself With Key Habits, Techniques And Skills To Turn Yourself Into A Super Performer At Life. Learn more about The Hero.Genius.Legend Quest here . 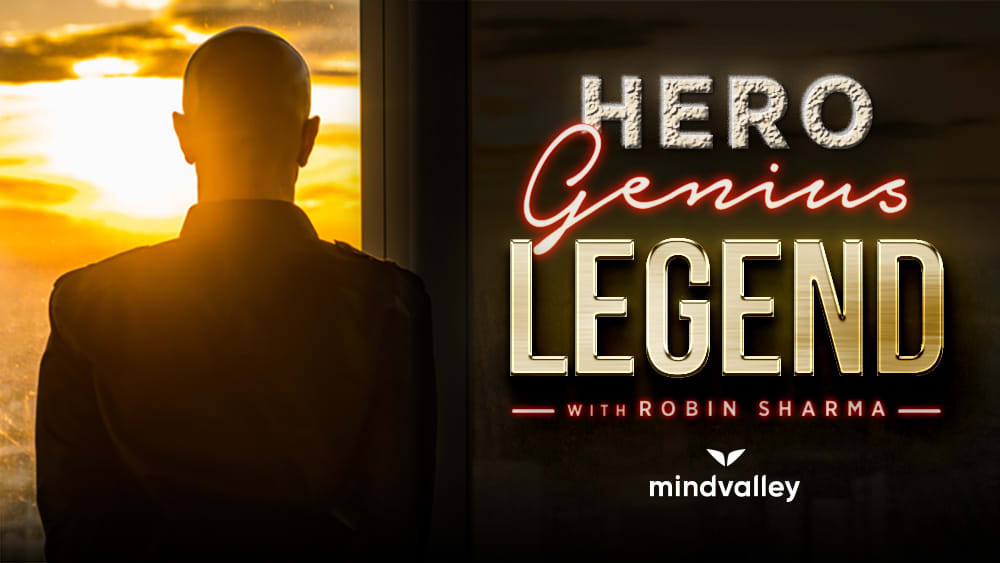